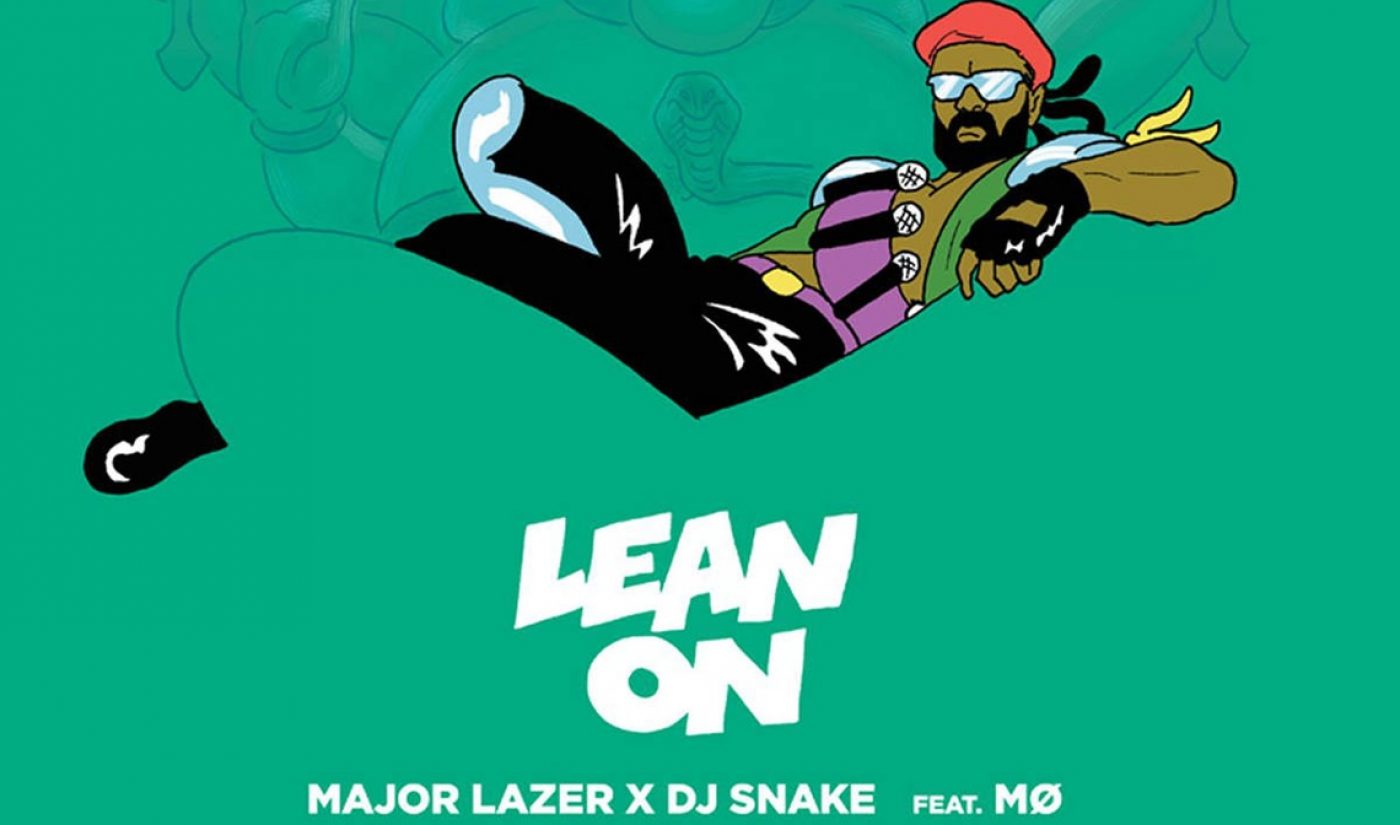 Once upon a time, one billion views was an unfathomable total. Now, it’s becoming somewhat common. “Lean On,” a track recorded by Major Lazer and DJ Snake and featuring vocals from MØ, has become the 14th music video (and the 16th video overall) to achieve a ten-digit viewcount on YouTube.

With its punchy rhythms, catchy hooks, and colorful music video, “Lean On” became a quick hit after its March 2015 release. Some outlets named it the song of the summer; Spotify said it was the most-played song in the world between June 1st and August 31st.

Some of the other contenders for that title, such as Wiz Khalifa and Charlie Puth’s “See You Again,” also reside within YouTube’s billion views club, and going forward, we can expect to see the year’s biggest musical hits routinely cross the ten-digit milestone.

Still, it is still a big accomplishment for “Lean On” to score as big as it has, and the people who have worked on the video’s distribution are proud of their accomplishment. Ali Adab, who works with Major Lazer as the VP of Content & Partnerships for BroadbandTV, had this to say about the video’s remarkable performance:

“Achieving a billion views on YouTube is an incredible achievement and is testament to the focus that Major Lazer has had on engaging with their fans, and growing their online audience. We’ve worked with Major Lazer for almost a year and have provided the team with an end to end solution to help them capitalize on their success and momentum, driving viewership and monetization across premium and fan uploaded content. The success that Major Lazer has achieved signals to other music artists the power of online video, they’ve actively utilized YouTube as a significant part of their distribution and engagement strategy and they are now reaping the benefits.”

“Lean On” will not be the last music video to reach one billion YouTube views. The next one to earn that distinction could be Adele’s “Hello,” which currently sits at more than 943 million views after having a huge debut week on YouTube when it was first released in October 2015.