Indie Spotlight: ‘Year Of The Snake’ Is A Strange, Rocking Ride 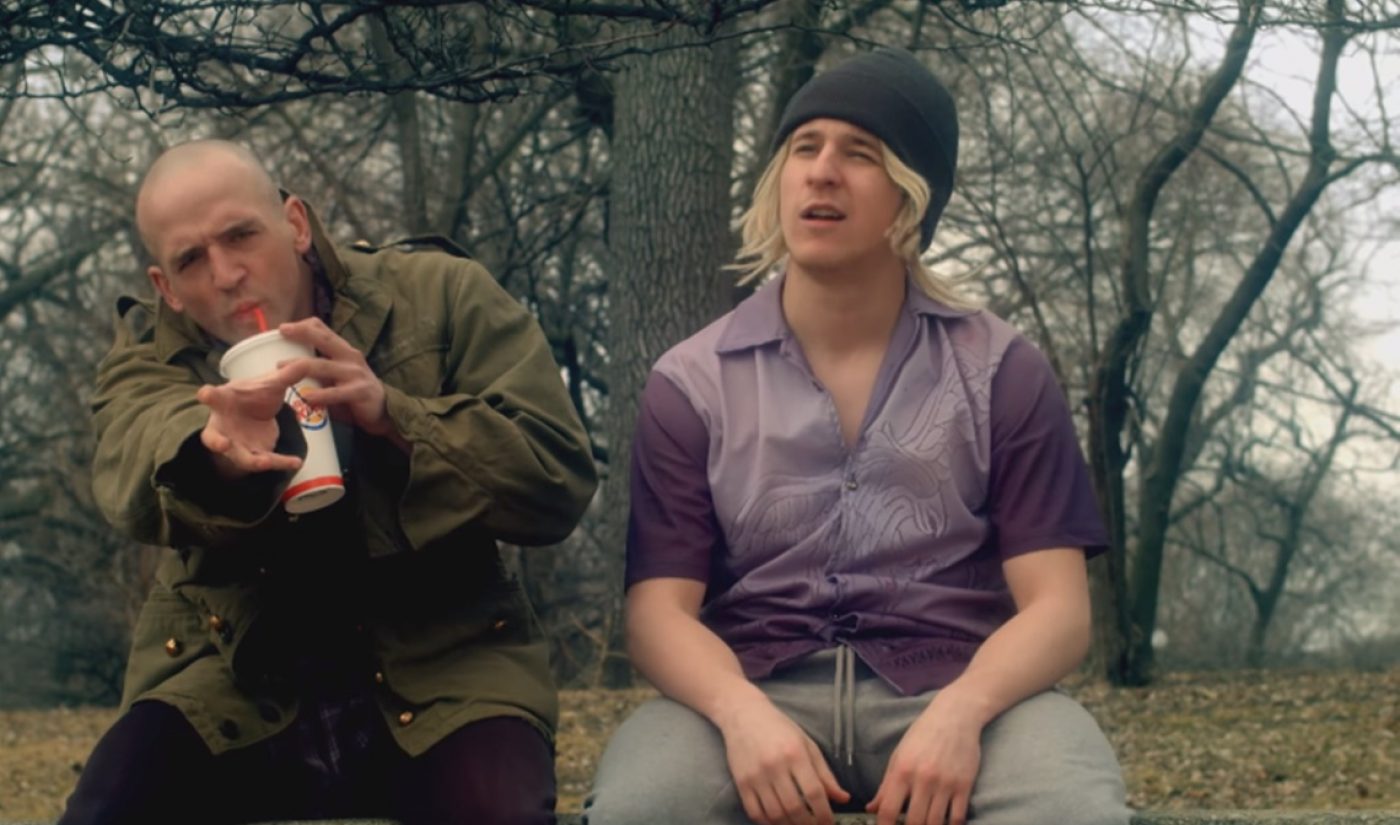 If you’re looking to watch a web series that throws together a strange blend of genres within one non-stop thrill ride, you need to know about Year of the Snake. Chicago-based studio Twin Visuals, led by director Nic Collins, has unleashed a one-of-a-kind series that mashes up extraterrestrial sci-fi, horror, avant-garde punk rock music, and relationship comedy to create a truly unique package.

The titular character in Year of the Snake is not from our planet. Instead, he hails from a world enslaved by a mysterious being called The Desolate One, who is out to crush an earthling stoner named V. When The Desolate One sends Snake to kill V, he does not expect a friendship to blossom, but that’s exactly what happens. With his good vibes and rocking music, V teaches Snake how to control his wild emotions. It’s hard to describe Year of the Snake‘s plot beyond that; I can only suggest that you watch the first episode to see if the series is up your alley.

Even beyond its wacky plot, there’s a lot to enjoy in Year of the Snake. The characters are memorable and written consistently, frenetic editing contributes to a manic tone, and the score, courtesy of the band Evasive Backflip, is suitably wild. If you like what you see, seven episodes of Year of the Snake are currently available on the show’s YouTube channel.