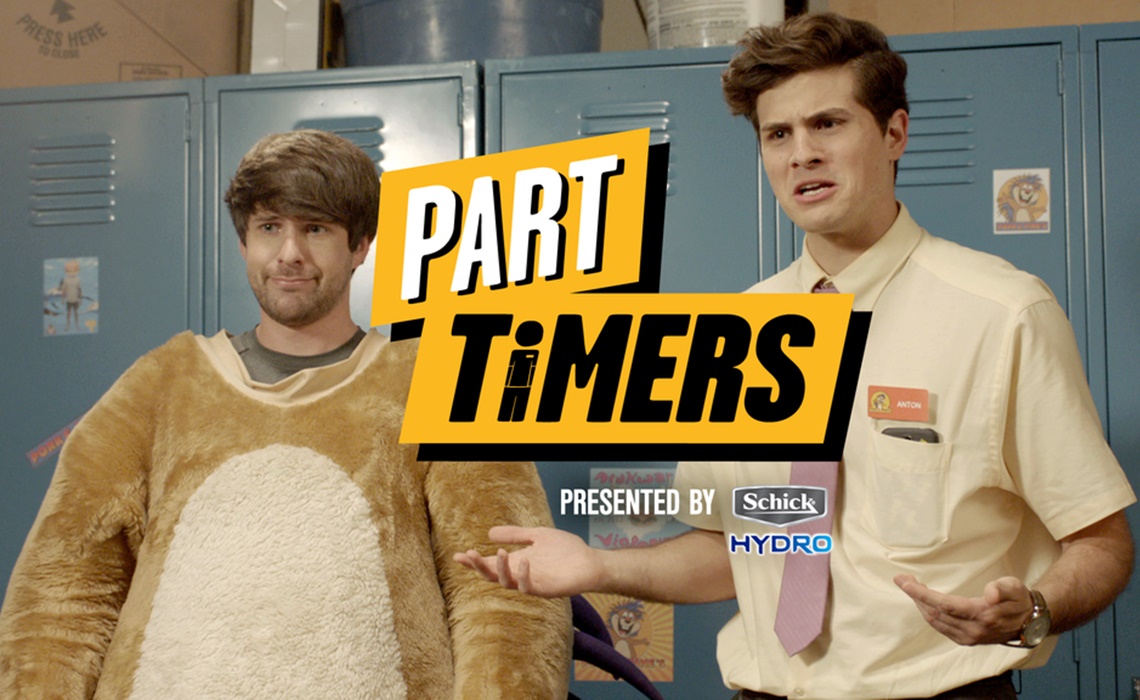 On January 11th, Smosh will share one of its most ambitious ventures so far, and a week before that date, a trailer has provided one more look. The comedy duo has offered up a second preview for Part Timers, an upcoming web series.

Part Timers takes place at Pork E. Pines, a fictional establishment that serves as an analogue to Chuck E. Cheese. Five Nights At Freddy’s this ain’t; instead of killer animatronics, Pork E. Pines will be populated by a diverse array of wacky characters, who will together engage in all sort of wacky hijinks. The new trailer teases a lot of physical comedy and plenty of the in-your-face dialogue for which Smosh is known. I don’t know what else to expect, though this Reddit thread may provide some ideas.

Smosh also released a teaser for Part Timers back in November, when the show’s release date was first announced. At the time, Defy Media Chief Content Officer Barry Blumberg (who is one of the executive producers for Part Timers) discussed the series as a next step in “Smosh’s expansion into longer form programming following the successful release of Smosh: The Movie earlier this year.”

Part Timers was first revealed in April 2015, when it was announced as one of four series to be produced by YouTube’s original content team. Some of the projects within that first wave will be distributed on brand-new subscription service YouTube Red, but Part Timers will be available for free; viewers will be able to check it out on the Smosh YouTube channel beginning on the 11th.