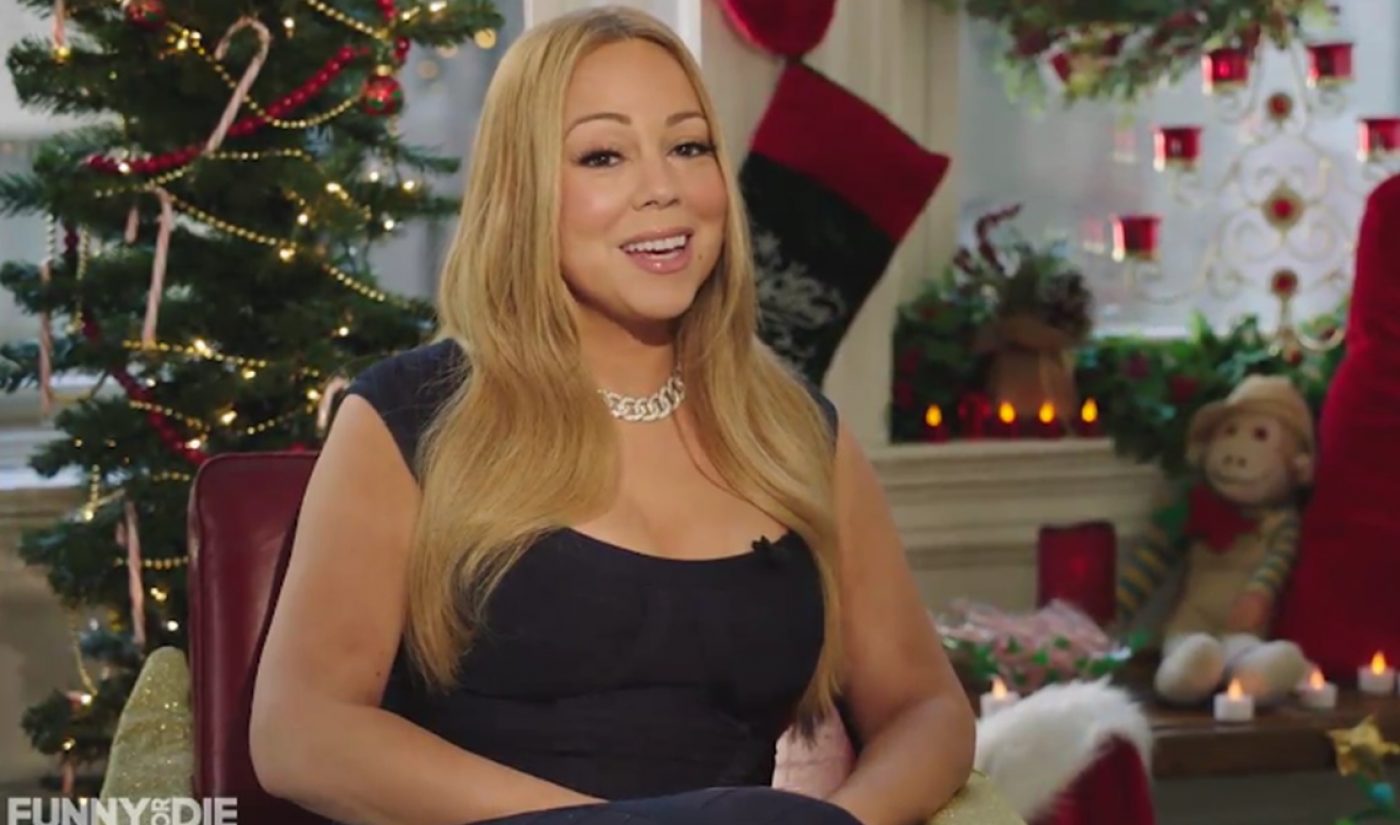 Mariah Carey is inescapable during December, thanks to the ubiquity of her timeless holiday classic “All I Want For Christmas Is You.” In 2015, she’s adding to her Yuletide appeal by teaming up with a pair of media companies. The singer-songwriter and Funny Or Die developed a sketch comedy series called Mariah Carey’s Holiday Sketchtacular, which can be watched on the mobile-first video platform Go90.

The Holiday Sketchtacular may be a Christmas special, but its release schedule resembles Hanukkah more than anything else. The series consists of eight episodes, with a new one arriving each day between December 15th and the 22nd. Each installment will feature Carey in some capacity, though setups will vary. Two sketches are featured in the series trailer, which Funny or Die shared on its website a day before the Sketchtacular premiere: One of them has Carey fielding Santa Claus auditions, while another takes place on the set of a holiday cooking show. Guest stars will include The Daily Show’s Jordan Klepper and actor Nick Swardson.

“I loved collaborating with Funny or Die on this series of holiday-themed sketches,” Carey told The Hollywood Reporter (where news of the Sketchtacular was first reported). “These videos are fun, festive and full of holiday cheer, and I had an absolute blast making them.”

The Sketchtacular is the latest offering within a huge content push from Go90, which Verizon launched earlier this year. Carey is one of the biggest celebrities to join forces with the new platform so far; if you want to see what she has in story, you’ll need to download the Go90 app on iOS or Android.