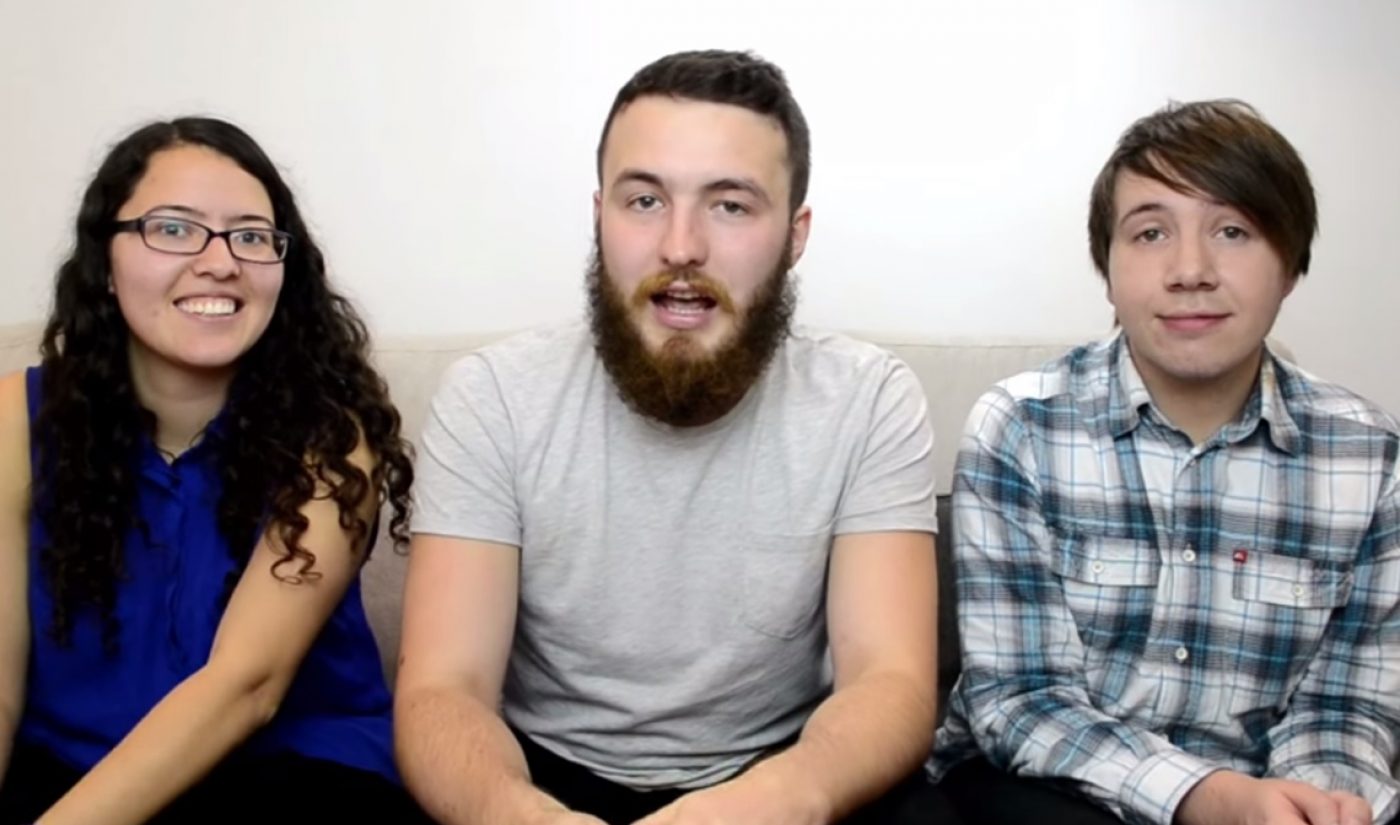 Music is a huge category on YouTube, and much of its appeal is social. When listeners crave specific songs to share with their friends on-demand, they can use YouTube to easily search up and find the tunes in question. For a similar reason, karaoke backing tracks have emerged as a viable music subcategory on YouTube. When it’s time to get singing, a quick search reveals all the instrumentals you need.

One of the most popular karaoke channels is called Sing King Karaoke, and its appeal is so great that it recently passed one million subscribers. We spoke to Sing King’s executive team–whose names are Kieran, Dan, and Natalie–about their process.

Sing King Karaoke: It’s truly incredible to be honest. It’s quite a hard number to visualise, although that didn’t stop us from trying! We’re from the UK so we tried to imagine 11 packed out Wembley Stadiums or the entire city of Birmingham, which is pretty nuts. To our fans, thank you sooo much, we appreciate the love we get from all of you! We get hundreds of comments every day; hearing about how our channel helps people to gain confidence in themselves, to perform their first live show, to win a talent show, or just to simply relax and deal with whatever is going on in their life. It’s an amazing feeling to know that we are able to make a positive difference in our fans’ lives. We love engaging with our fans and it gives us great drive to do even more in the future.

TF: What has it been like to see all of your fans’ messages for you as you compile your million subscriber video?

SKK: The morning that we broke one million, we walked in to an explosion of comments and e-mails. It was great to see how creative people got with their fan videos, and that’s what’s constantly inspiring to us – being part of a creative community. As we saw pictures of us in Sonic the Hedgehog-style fan art and found some outstanding singers and fans with unique senses of humour, we began to realise we’re far more loved than we ever could have known! We really felt the love from our fans, which we greatly appreciated.

TF: What do you think are the components of a good karaoke track? Are there any particular elements you try to avoid?

SKK: Usually we know when a song is going to be good when we’re all jamming out to it and discussing for about an hour on why it’s good or bad. We spend a lot of time talking about music. Ballads, hooks, and really catchy cheesy lines are a MUST! Karaoke isn’t really about being able to sing well, or being a professional singer, it’s primarily about having fun. We’re all terrible singers, but don’t tell Dan, he fancies himself as a star. First and foremost, we love music and that’s a huge driving force.

We learned early on that backing vocals aren’t too hot! I guess our singers want to be the star of the show and they don’t need anybody else dragging them down!

TF: Who writes the music for your channel and how long does it take to compose each track?

SKK: We work with a variety of different studios, which is an absolute necessity for us just to keep up with the amount of new music coming out. It typically takes a few days for a professional recording, but we have multiple tracks being worked on at the same time. Then, the video creation process can take anywhere from half an hour to 4 hours depending on the complexity of the vocal track. From there, we add our video templates and the total turnaround time becomes about a week or two weeks. We are very conscious of our instrumental quality being the best it can possibly be, so we always prioritise sound over speed.

TF: How do you decide which songs to feature on your channel?

SKK: We have a mixture of method. We use the UK and US charts as a good indicator, and we try to make a note of every single request we receive from our fans (although that is becoming harder and harder to stay on top of!) We’re currently sitting on over 5000 different song requests, and that’s not even taking into account the sheer volume of requests for each individual song. Popular YouTube artists also catch our eye, and they’re often the most fun to do because they’re so damn quirky! We’re all involved with music, both inside and outside of the channel – whether it be playing in a band, blogging or hanging out at shows.

TF: How do karaoke videos interact with digital copyright laws?

SKK: We’re very lucky to work with YouTube. Licensing is a very complex process, one we’ve all had to deal with in the past. Luckily YouTube’s Partner Program allows content owners to make claims on music that they have contributed to, and YouTube deals with most of licensing and accounting from their end. It makes it very straightforward compared to the usual rigmarole of music licensing, allowing creators to be remunerated and channels to focus on further creation.

TF: Do you ever get feedback from the original artists?

SKK: Sadly, we haven’t yet! Not that we wouldn’t love to, we’d drop everything in a heartbeat to have a drink with our faves (we’re looking at you Ariana, Bieber and Melanie Martinez!), so consider that an officially extended invitation! We’ve been lucky to build relationships with some awesome YouTube channels too though, and to see our music used by talents such as The Annoying Orange and Twin Melody is nothing short of incredible. It’s always nice to see some familiar YouTuber faces pop up in the comments, too!

TF: How would you describe your channel’s typical subscriber?

SKK: Can we say the best people ever? ;D

Karaoke is such a universally-loved phenomenon that I don’t think you can really pinpoint it to one particular type of person. We definitely lean more towards the ladies, I don’t know why the boys are so shy! Our channel isn’t just used for parties and singing though, some people come to listen to the instrumentals, some like to use our music in their vlogs/speed art videos, others use us to discover new music, and of course we have a huge audience of budding superstars! If I could describe our subscribers in one word… it would be YAS!

SKK: Leading up to 1 million subscribers, we took the leap of faith to put our real human selves on the channel! It was daunting… but we wanted the fans, those who got us to where we are today, to share some of the limelight for our big milestone. We are all about the community after all! Now that we’ve broken 1 million we really want to start making more fun videos alongside the karaoke. When our fans didn’t all run to the hills after seeing our faces, we were mightily relieved! So next year you can expect to see more of our (beautiful) faces, as we’ll be collaborating with some talented musicians and YouTubers. 2016 is going to be an exciting year for all of us!