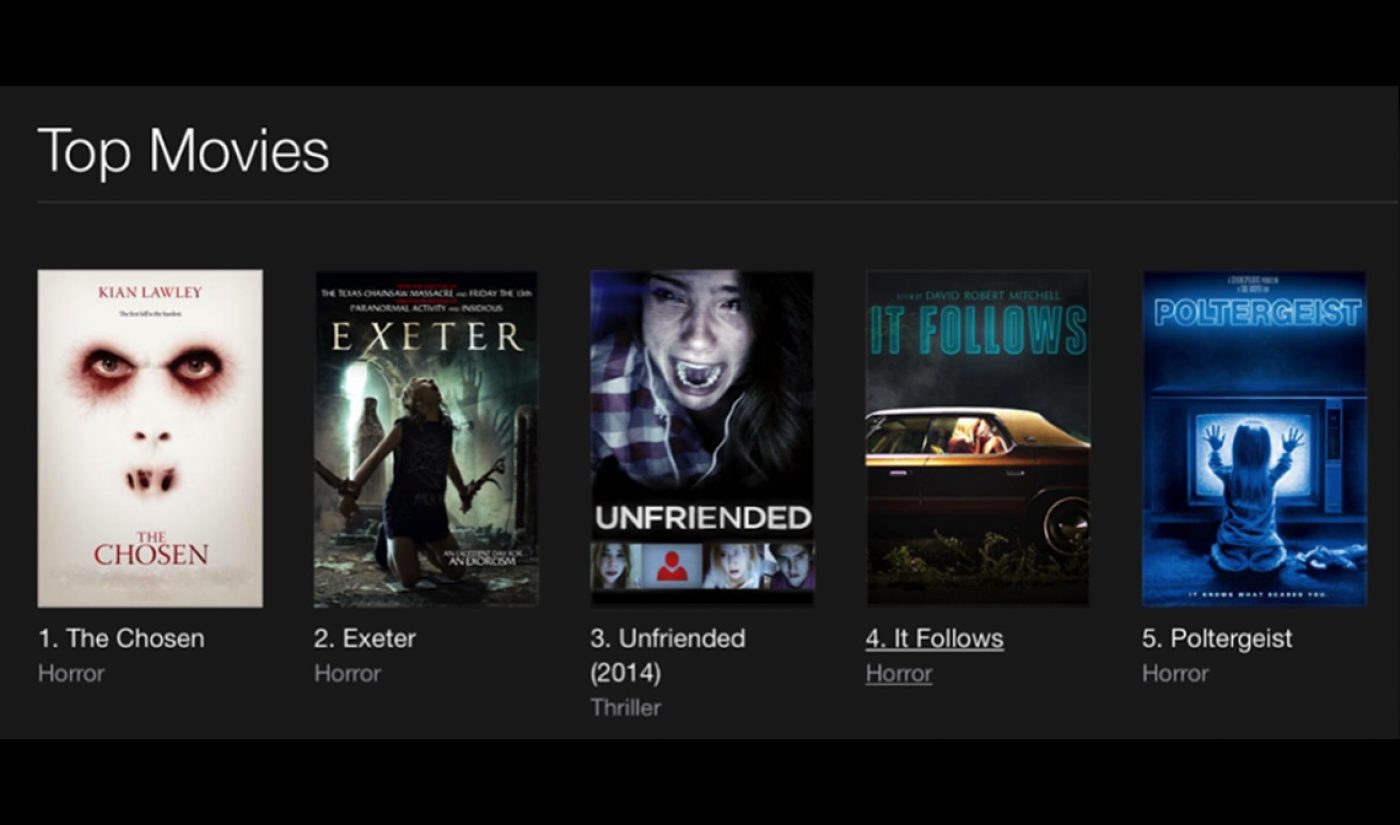 In July, Supergravity Films brought The Chosen, a horror-thriller feature film led by social media star Kian Lawley, to Vimeo On Demand. A little more than a month later, the movie came to iTunes, which it ultimately rose to the top of the horror charts. Now, The Chosen is moving on to its next distribution platform: It has arrived on Netflix.

The Chosen’s availability on Netflix was secured thanks to a deal between Supergravity and the streaming video platform. The horror flick joins several other films led by YouTube stars that can also be viewed on Netflix. Camp Takota, starring Mamrie Hart, Hannah Hart, and Grace Helbig, is on there, as is Cameron Dallas vehicle Expelled.

Both Camp Takota and Expelled delivered strong sales through on-demand platforms before arriving on Netflix, and The Chosen is no different. Its rise to the top of the iTunes horror charts demonstrates the appeal of its young star. “The Chosen has already exceeded our expectations by hitting number one on the iTunes horror charts,” said Supergravity co-founder Max Benator in an email to Tubefilter. “We’re stoked to now have the film widely available on Netflix as well. This movie is a perfect example of how a digitally distributed film can find success through a wide array of consumer offerings.”