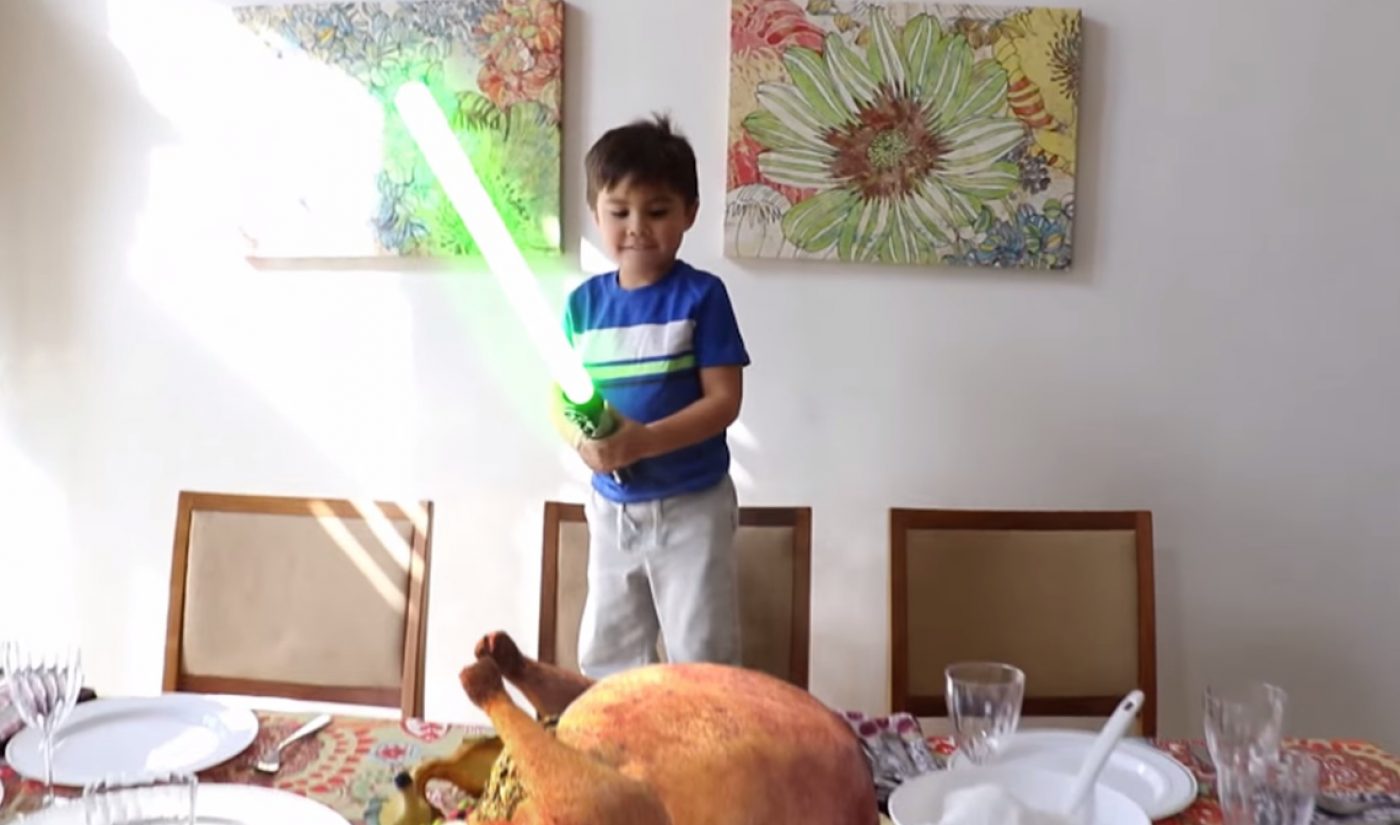 When you’re done stuffing your face this Thanksgiving, you might need a playlist of videos to fit the passivity of your digestion process. If you like to binge watch while you binge eat, the YouTube community has once again provided a big helping of videos themed around Turkey Day. Here are some of our favorites:

When Trevor Noah became the host of The Daily Show earlier this year, he marked the web video world–which Jon Stewart had barely explored during his regime–as a place where he could make his mark. In this video, a Daily Show web exclusive, Noah draws in bonus viewers by sharing some of the most awkward Thanksgiving-related clips from major news networks.

As American society becomes more progressive, representation has become an important part of holiday traditions, and in the Thanksgiving story, where Native Americans are in the spotlight, channels like BuzzFeedYellow have an opportunity to explore the way our Native peoples are displayed. This video accomplished that goal by examining Thanksgiving storybooks through the eyes of Native Americans.

Chef John of Food Wishes has made some of my favorite Thanksgiving dishes on the Internet. If you’re looking to create a wholly-traditional Turkey Day menu, videos like this one are probably not the ones you want to watch. If, however, you’re looking to get a little experimental in the kitchen, Chef John’s unorthodox turkey flautas are worth a look.

You’ll need some beverages to serve with those turkey flautas, and why not pair Chef John with Skyy John? The latter John’s drinks channel, Tipsy Bartender, has shared several fun recipes for Thanksgiving potables. This one, for margaritas served out of hollow apples, is the most festive.

Action Movie Kid James Hashimoto is celebrating Thanksgiving with his father Daniel, and this year, he got to carve the turkey with his very own lightsaber. You would think, given all of James’ CGI destruction, that Daniel would not let his son hold any more dangerous weapons. Apparently not.

Thanksgiving is an American holiday, but at least one crazy Russian has some DIY tips that can help us out as we cook our meals. Some of his projects, such as the vase he makes out of ice and floral decorations, are brilliant. Others are a little sillier, but all ten of his tips provide at least some degree of lifehackery for your Thanksgiving preparations.

1. “How to Make a Thanksgiving Dinner From Scratch” by How To Make Everything

In September, Andy George burst onto the YouTube scene with a viral video in which he made a sandwich from scratch. He grew all his vegetables, hunted all his meat, and assembled all the ingredients in his kitchen. For Thanksgiving, George gave the same treatment to a Thanksgiving dinner. Among other steps, he had to harvest his own sugar, dive for cranberries, and hunt turkey. The result is impressive, and it’s a fascinating look at the way our food is made. On George’s channel, you can also find individual videos that go into detail about each course of his homemade Thanksgiving dinner.

Do you have a favorite Halloween video we didn’t include? Let us know in the comments and check out previous Countdowns here.