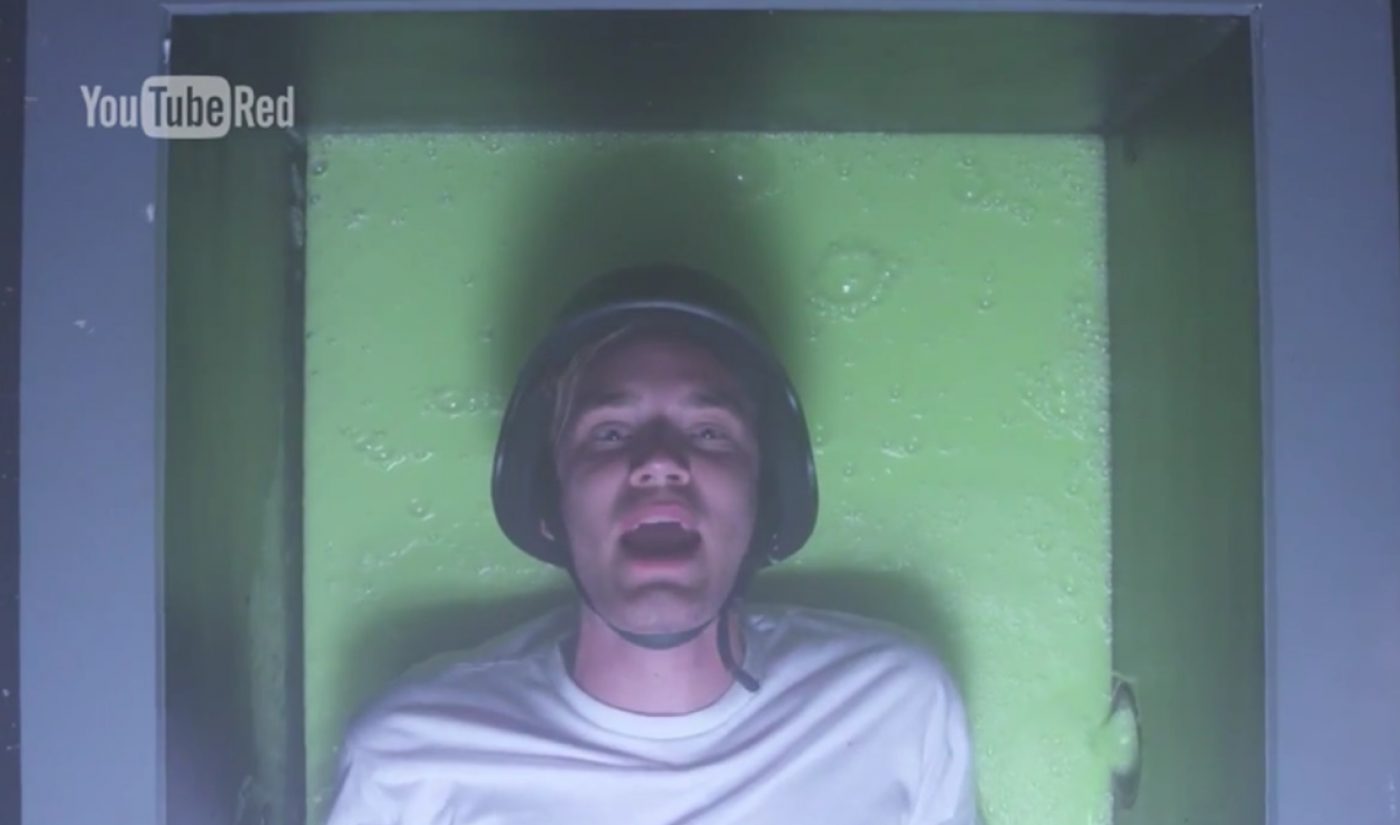 Felix “PewDiePie” Kjellberg is on top of the YouTube world, and he owes much of his fame to his histrionic reaction to horror video games. Whether he’s playing Amnesia, Slender, or Five Nights At Freddy’s, PewDiePie responds to scary moments with a combination of terrified yells and Swedish curse words–and his fans love it.

Soon, those fans will have another chance to watch PewDiePie get freaked out by some scary thrills. The Swedish YouTube star will take the lead in Scare PewDiePie, a web series that will be released on YouTube’s new subscription service, YouTube Red.

In Scare PewDiePie, Kjellberg will enter a host of horror movie scenarios, all designed for the express purpose of scaring the living daylights out of him. The premise sounds similar to a brand campaign PewDiePie participated in last year, when he entered a haunted house to drum up support for the film As Above, So Below. This time, he’s working with Skybound Entertainment, the studio behind The Walking Dead.

Scare PewDiePie doesn’t have a confirmed release date yet, but when it does arrive it will be one of the first series to premiere on YouTube Red, which YouTube launched in October as a home for premium content from its community of homegrown stars. “This has been a huge opportunity for me, and it really means a lot that you bros support it as well, and i really think you’re going to enjoy it,” said PewDiePie in a video introducing the Scare PewDiePie teaser.

Despite his foray into premium programming, PewDiePie will continue to provide free entertainment for his YouTube subscribers. At the time of this post, he has more than 40 million fans, making him YouTube’s most popular personality.