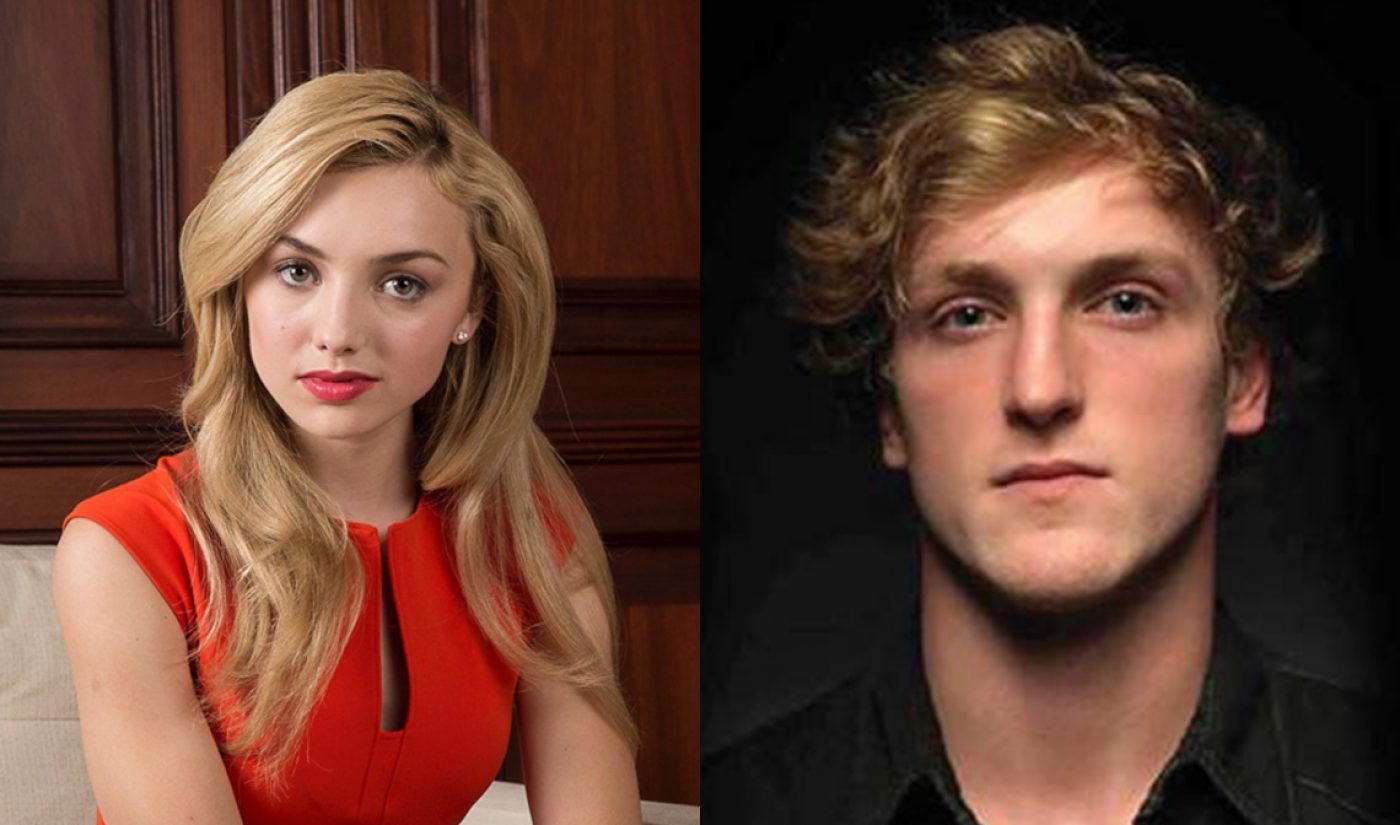 The next two personalities jumping from social media to the big screen are Logan Paul and Peyton List. Paul, known for his videos on Vine, and List, a Disney Channel actress who has 1.5 million Twitter followers, will star in The Thinning, a dystopian thriller that has been acquired by the digital wing of film studio Legendary.

For The Thinning, Legendary is working with the team from TotallySketch, which won the studio’s House of Horrors contest thanks to its short film “Unfinished Business.” TotallySketch founder Michael Gallagher will direct The Thinning, he will write it alongside Steve Greene, and Jana Winternitz will be one of the film’s producing partners. Content studio Kids at Play is also involved in the film’s production.

This time, instead on focusing on a horror story, Gallagher and his team are heading to a “dying world,” where a post-high school aptitude test serves as a means of population control. Paul and List will portray two student who discover a conspiracy behind the test and set off on a journey to smash the system.

“The key to any great project is great material, no matter how that content is distributed,” said Greg Siegel, Legendary Digital Media’s SVP of Development and Production, in a press release. “Michael Gallagher and Steve Greene have created a wholly original world with incredibly compelling characters that Logan and Peyton’s audiences will love seeing them bring to life.”

Traditional film studios have begun to show more interest in digital media stars, and Legendary is no exception. In addition to The Thinning, it the production company behind Electra Woman and Dyna Girl, which stars YouTube personalities Grace Helbig and Hannah Hart.

The Thinning doesn’t yet have a specific release date, though it is expected to arrive in 2016 through video on-demand platforms. Production on the film will begin in November.