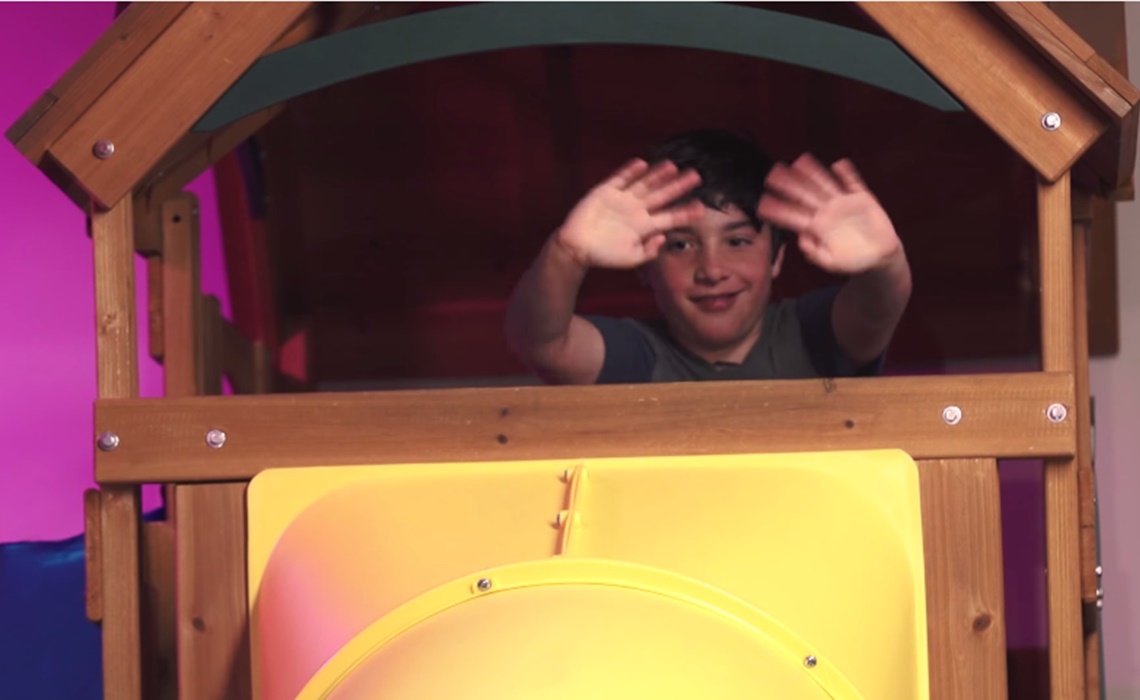 JASH Brings Together Comedians And Pre-Adolescents In ‘Baby Talk’

A new series from JASH has added to YouTube’s deep reserve of videos led by funny children. The comedy network formed in 2013 by a fivesome of comedy notables has launched Baby Talk, which is based off a Meltdown live show of the same name.

In Baby Talk, hosts Dan Levy and Jensen Karp invite three celebrity guests to riff on the musings of a silly child. This premise may sound familiar, but that’s the whole point. “It’s an original show that seems very similar to Kids Says The Darndest Things,” says Levy in the series’ trailer, “because…it is very similar to Kids Say The Darndest Things.”

The goal of the web series version is to take Baby Talk to as weird a place as it can possible go. The featured children are “our strangest kids from the live show,” says Karp. In the first episode, Neal Brennan, Blake Griffin, and John Mulaney chat with a youngster who loves his leather jacket. The feel is very loose and relaxed, and the guest comedians have plenty of room to work.

In total, the first season of Baby Talk will run for nine episodes.