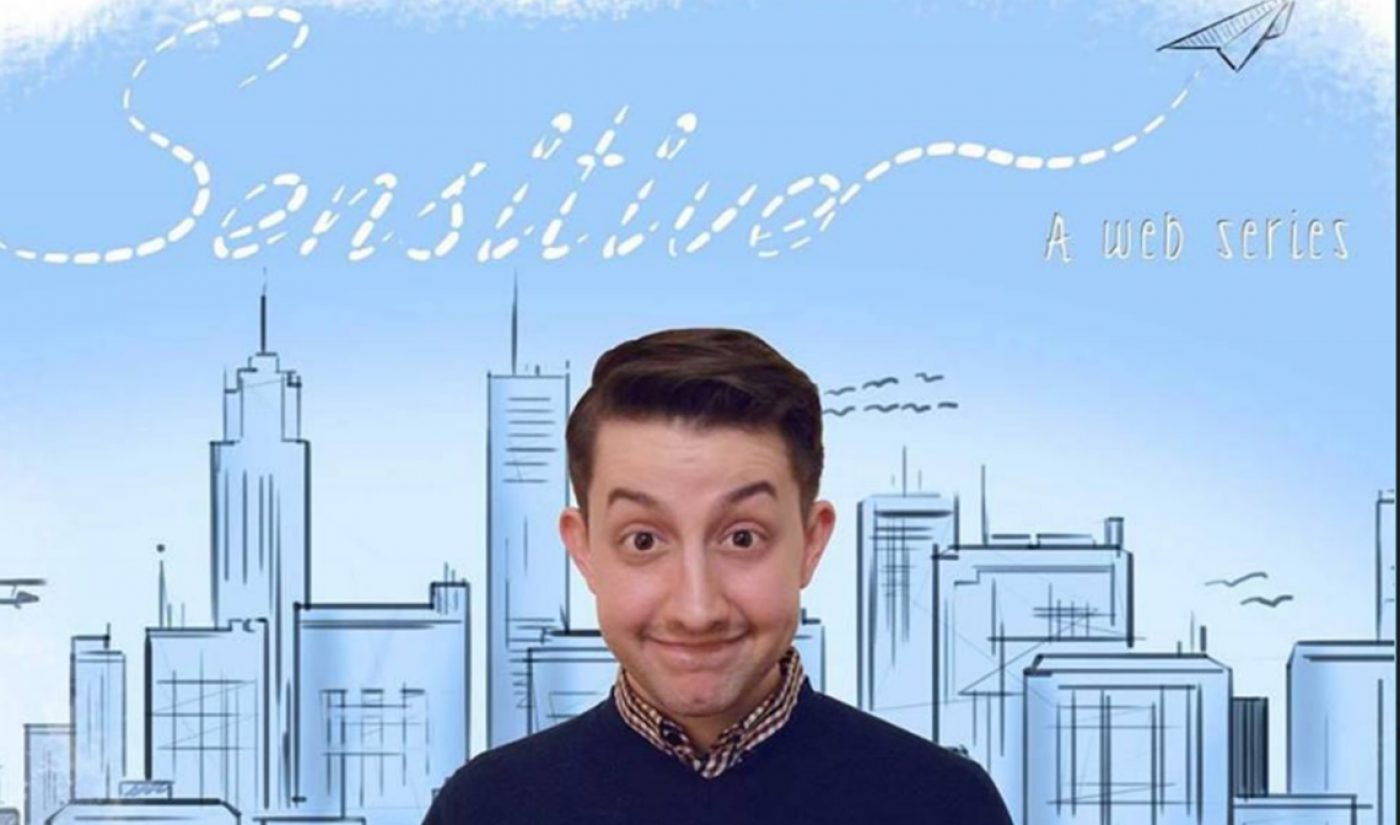 We’ve all heard about the stereotypical gay bff, but how much do you know about the gay-bff-who-is-actually-straight? If you’re looking to educate yourself, you can tune into Sensitive, a new web series created by Cory Stonebrook.

In Sensitive, Stonebrook plays an eponymous character whose effeminate side is plain to see. He cries during Parenthood episodes, knows Spice Girls lyrics by heart, and reads Us Weekly. Cory, however, isn’t gay–he’s just sensitive. This distinction becomes a problem for him once he enters the dating world, since his touchy-feely side rubs his potential romantic partners the long way. Across seven episodes, we follow Cory’s search for love, a journey assisted by his platonic female roommate Layla (Tessa Drake).

The first of those episodes paints us a picture of the relationship Cory and Layla have with each other. Their on-screen partnership works, as do so many other successful web series pairings, because of the chemistry between Stonebrook and Drake, who combine to create lots of charming dialogue.

The first two episodes of the series are currently available on the YouTube channel of production company Green Apple 2 Step.