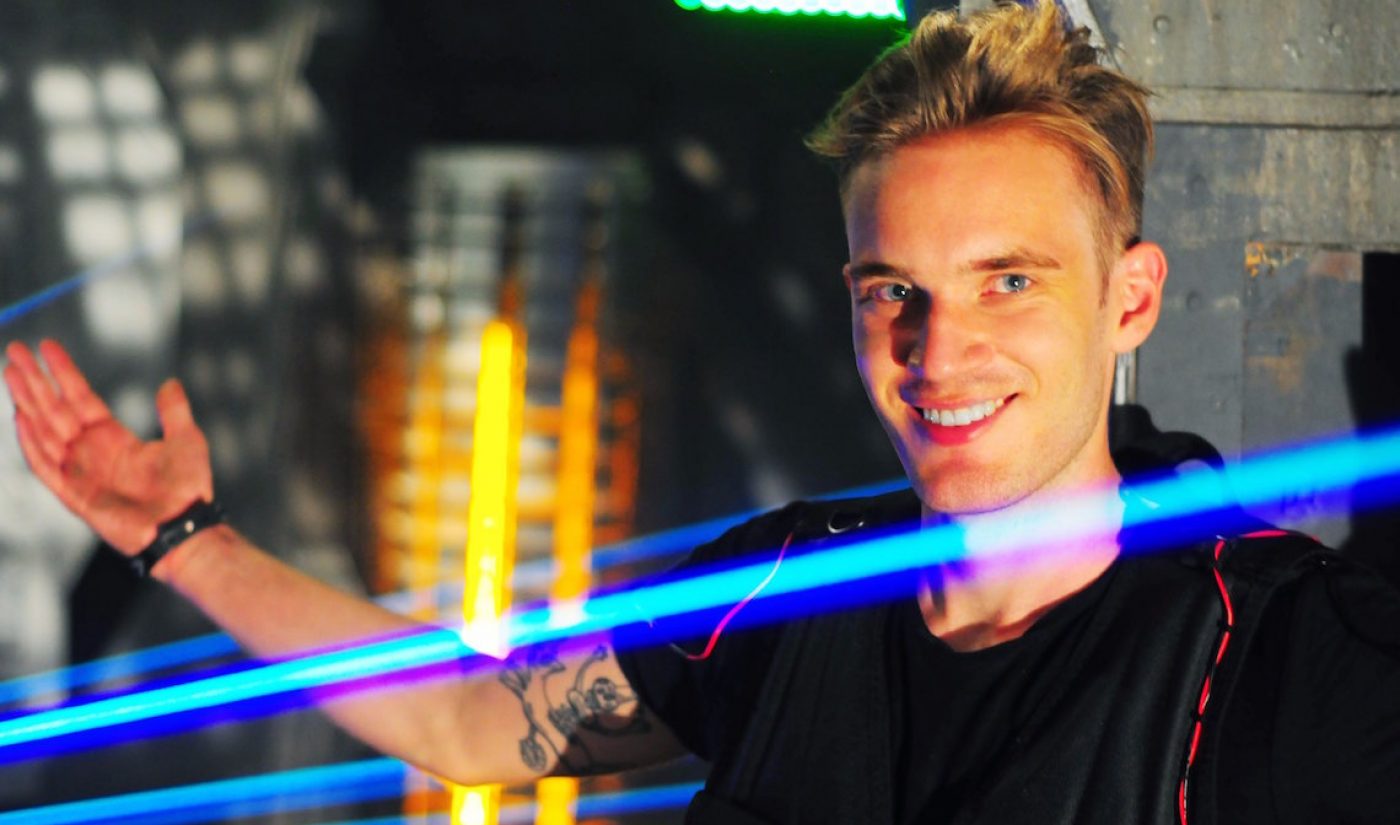 Another week. Another inconceivable online video milestone is surpassed by PewDiePie.

PewDiePie crossed the 40,000,000 subscriber mark sometime on Saturday, October 24. The biggest channel on YouTube hit 39 million subscribers back on Monday, August 31. That means it took PewDiePie 55 days to recruit the latest million members to his Bro Army, which averages out to more than 18,180 new subscribers per day, 757 new subs per hour, 12 new subs per minute, and roughly one new subscriber every 4.75 seconds.

PewDiePie’s subscriber acquisition rate is nothing short of incredible, though it’s no longer in a league of its own. Kjellberg’s channel is consistently at the top of the charts, but in recent months has been bumped from its usual #1 spot. Both Justin Bieber and U.S.-based online video gamer Marikiplier saw more new subscribers to their respective channels in September 2015. And in August, the burgeoning online video force known as Rachel Levin (aka Rclbeauty101) amassed 702,000+ subscribers during the month to PewDiePie’s 609,000+.

Despite that sporadic competition and the fact his subscriber acquisition rate is down nearly 400% from its peak in March 2014 (when one new Bro subbed to the channel every 1.2 seconds), PewDiePie is in no immediate or distant future threat of losing his status as the Most Subscribed YouTube Channel of All Time. HolaSoyGerman is currently in the #2 spot, more than 15 million subscribers behind.

For the uninitiated, here’s a look at PewDiePie’s latest video. In this upload he isn’t playing a game, but acting out a scene from his own comedic, soap-opera-y drama YouTube High School where he voices the action of digital cutouts of popular YouTubers on stock photo backgrounds.

If the above video leaves you scratching your head and makes you ask the question, “People actually watch this stuff?” you’re 1) obviously not in PewDiePie’s target demographic and 2) may enjoy his upcoming, more produced fare.

Kjellberg was one of a handful of YouTube stars that the online video sharing site announced will have exclusive programming on YouTube’s new subscription service. PewDiePie’s contribution to YouTube Red is Scare PewDiePie, a “reality-adventure series from the creator and executive producers of The Walking Dead at Skybound Entertainment and Maker Studios.” There’s no release date for the program just yet, but expect to see it sometime in 2016.