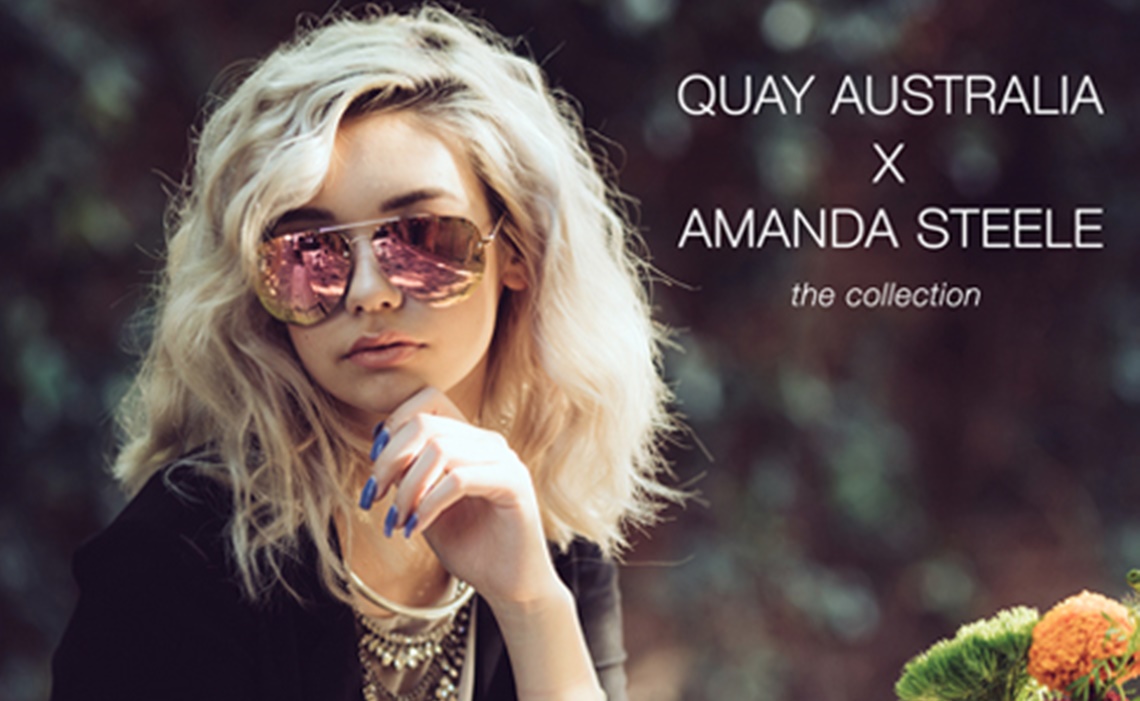 Forward-thinking brands continue to partner with digital media stars, and the stars continue to reward those brands by driving massive sales figures. The latest example of this trend comes from Down Under, where sunglasses company Quay Australia rapidly sold out one design from a new line branded by American YouTube star Amanda Steele.

The partnership between Quay and Steele produced two new sunglasses designs: Envy, which features prominent, bold frames, and Muse, which looks similar to a classic pair of Aviators. Both Envy and Muse are available in two colors, and out of those four choices, it was the Gold Muse sunglasses that sold out within two days of the line’s launch. Steele expressed her amazement on Twitter, where she also made sure to plug the other designs still available:

I CANT BELIEVE THIS! THE MUSE SUNGLASSES IN MY @quayaustralia LINE ARE ALREADY SOLD OUT???

YOU BETTER GET ENVY BEFORE THOSE ARE GONE TOO!

Steele, who releases beauty, fashion, and “haul” videos on a channel called MakeupByMandy24, is one of the youngest content creators to achieve YouTube stardom. She began making videos at age 10, and six years later, she has pulled together a strong following of more than 2.5 million subscribers. Her influence has opened up plenty of other branded opportunities for her as well; she is one of the YouTube beauty stars who has released her own makeup palette alongside BH Cosmetics.

“I am so excited to be launching an exclusive line of sunglasses with Quay Australia!” said Steele in a press release. “To me, eyewear is another great way to express oneself through fashion and to build confidence. I can’t wait for everyone to try a pair (or two!) and see a whole new side of themselves they have never seen before!”

Steele’s sunglasses line can be purchased on Quay’s website. It’s also available from Urban Outfitters, both online and in stores.