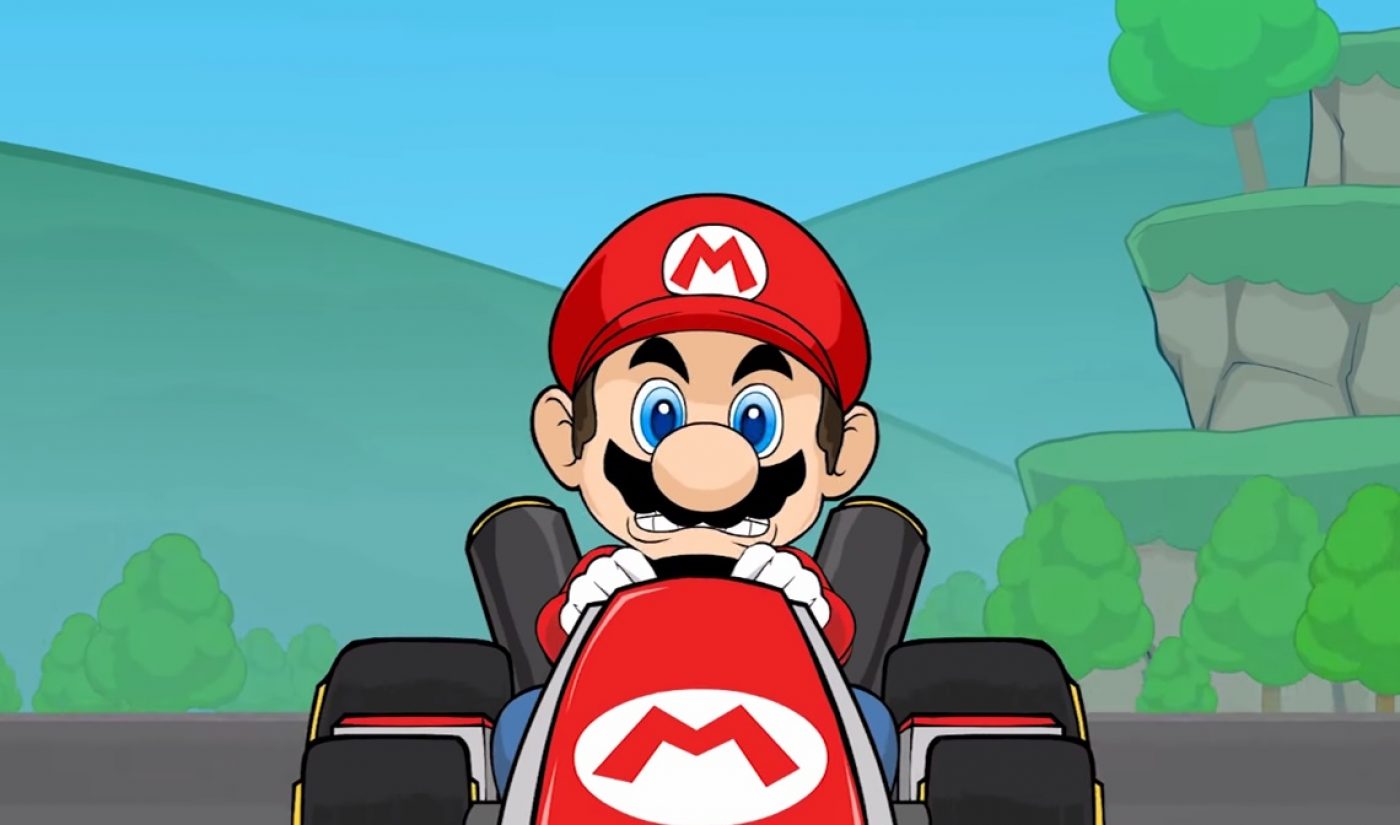 YouTube is filled with great channels that are appropriate for all ages. Flashgitz, however, is not one of those channels. Instead, it is a canvas through which creators Tom Hinchliffe and Don Greger can share their gleefully profane animated videos. Flashgitz’s animations are usually about video games, and they’re always crammed with the sort of immature jokes you would expect to find in a middle school student’s notebook. The ultimate in Flashgitz entertainment is “Racist Mario,” which has been viewed more than 70 million times and is, without any doubt, NSFW.

Hinchliffe and Greger don’t just accept their sophomoric label; they embrace it. As they explained to us, their videos are lowbrow, and they wouldn’t have it any other way. Here, see for yourself:

Flashgitz: Feels like societal decay, scrumptious! As for our fans, if we drew a picture of a giant middle finger, would you embed it? TF: Why did you guys start making animations, and how did you end up working together?

FG: We met about 7 years ago on an animation website called Newgrounds, this awesome creative cauldron where artists of all stripes would come to throw their dick-joke cartoons into the pot, and then the best/veiniest among them would bubble to the surface.

Then there were droves of starry-eyed youngsters like us, learning and collaborating to animate our own dick-jokes and get noticed. There were big themed “collab” projects where kids would gather around a topic or genre they loved and work together to create one long cartoon. You’d form this band of brothers in the hopes of reaching the site’s front page and winning untold glory/bragging rights.

And that’s how we became best buds, one pasty shut-in to another.  After seeing each others work we decided we’d run our own collab. It was a huge, impossible undertaking – a couple 15 year olds coordinating a team of 7 or 8 people internationally across several time zones – but to us we were a ragtag team of fighter pilots off to destroy the goddamn Death Star. It was a mess, kids burning out, computers catching fire – anything that could go wrong, did go wrong – but we made it through and got posted to front page! It was exhilarating and soul destroying and we knew then we wanted to make cartoons forever. Plus, let’s be honest, we were never making it in STEM.

TF: How long does it take to make a video from start to finish?

FG: Literally about three times as long as we think it’ll take, every time.

TF: On a similar note, do you guys maintain a posting schedule, or do you only create new videos as ideas pop into your heads?

FG: We’re always working on a cartoon! As soon as we manage to squeeze one of our fat babies out we are pregnant with another. Animation just takes a long ass time, so our posting schedule can look a bit erratic. The reality is we are always working!

TF: You guys take your videos to the extreme. Would you say you’re making a concerted effort to be as profane as possible, or is it something that comes naturally?

FG: It’s unfortunately just a side effect of being immature man-children. We never set out to create something profane for the sake of it and profanity is never the goal, we just write what makes us laugh. It would almost be better if we could say we had these big evil villain mustaches that we twirled as we decided how best to offend new niches of people, but really we’re just offensive in general.

TF: Do you envision a scenario where you could take a video “too far”? Is that something you ever worry about?

FG: “Too far” is such a subjective thing, and that’s the beauty of comedy – it can exist in any subject, no matter how taboo, and ironically, those darker subjects are often where you’ll achieve the biggest laughs.

But it’s all about context. A joke – no matter how dark – can work if the structure and context surrounding it are coherent and set it up properly. We try to keep each other honest as we write, always questioning whether a joke fits.

TF: Are there any videos you’ve come up with that you’ve ultimately deemed unfeasible for whatever reason?

FG: Something that plagues us (aside from boyish good looks) is content creep. The YouTube format kind of demands very short form content, so it’s super easy to start a cartoon and be like “okay! Two minute cartoon, go!” But then the ideas just keep expanding because you have these narratives you want to tell and jokes you love and can’t bring yourself to cut but have to for the sake of do-ability and your own sanity. Almost every cartoon we’ve done is the result of something starting out feasible before mutating into some big beautiful monster that had to be wrestled back down.

TF: You guys must receive your fair share of hate mail. Any fun stories related to that?

RG: I think someone threatened to rape our families because we absentmindedly gave Sonic the Hedgehog the wrong colored arms in one of our cartoons, which, I mean, is pretty understandable.

FG: Original content! Making video game cartoons is really fun because we get to riff on some of our favorite characters and worlds, but ultimately as creators we want to carve out a universe or place to call entirely our own. The overarching goal has always been finding our way to SVOD or TV with our own series.