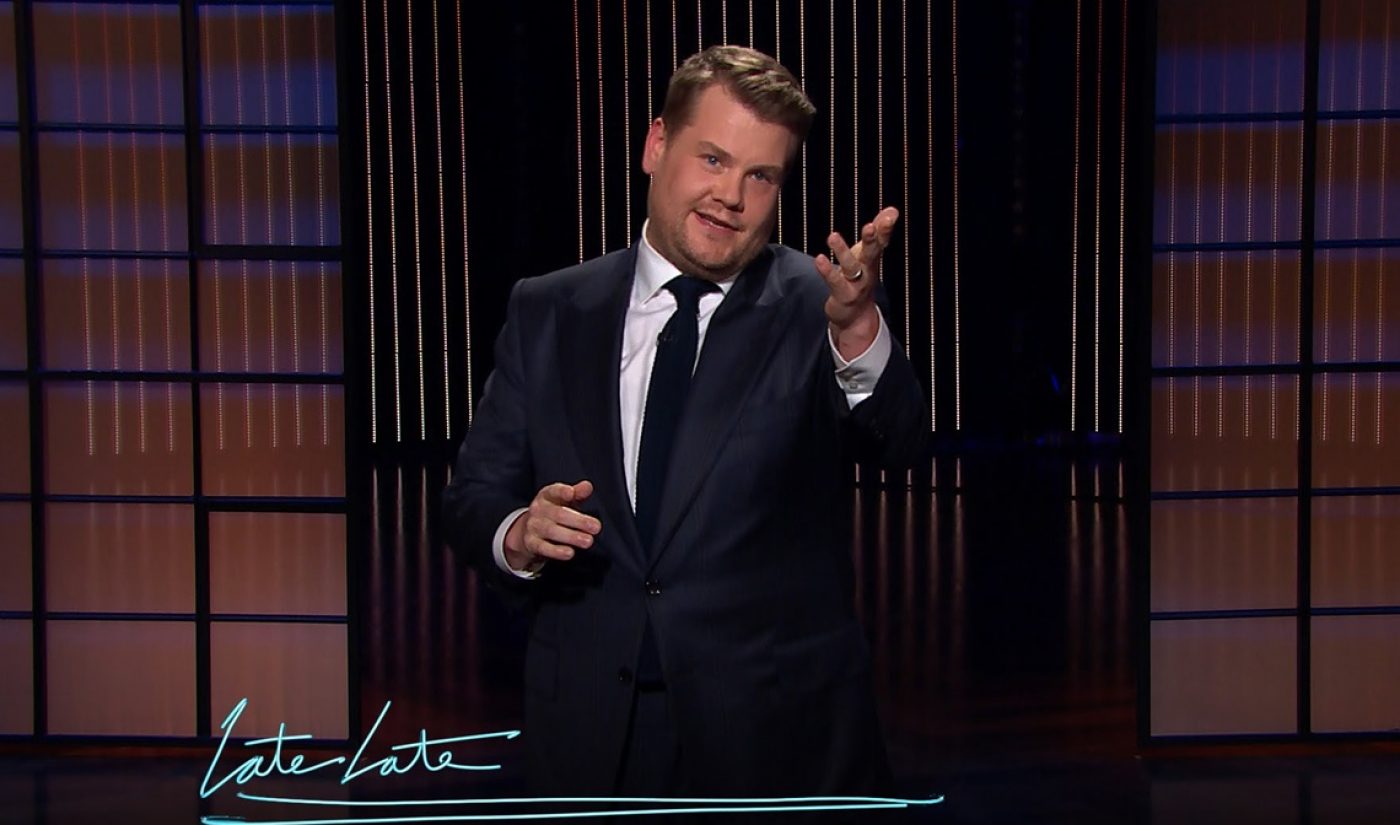 Late night TV is coming to YouTube Space LA. At the Playa Vista production facility, which serves as a base of sorts for YouTube’s homegrown creative community, CBS will film an episode of The Late Late Show, with host James Corden interviewing several prominent YouTube stars.

The Hollywood Reporter notes Kandee Johnson, Tyler Oakley, Epic Rap Battles of History creators Peter Shukoff and Lloyd Ahlquist, and Slow Mo Guys hosts Gavin Free and Dan Gruchy among the roster of guests who will sit down with Corden at the YouTube Space. “YouTube has become a big part of the late-night television experience, and we are delighted to celebrate their 10-year anniversary this way,” said Late Late Show executive producer Ben Winston. “The show will be packed full of surprises, games and music — all with a YouTube twist.”

Like many other late night TV talk show hosts, Corden has utilized YouTube as a key distribution tool since becoming the host of The Late Late Show last March. His Carpool Karaoke series has been particularly popular online; an episode featuring Justin Bieber has more than 31 million views on YouTube. He’s not the only CBS talk show host making use of the world’s most popular video site, either. As he gears up for his September 8th debut on The Late Show, Stephen Colbert has launched his own spate of web videos.

Corden won’t be the first late night host to engage with the YouTube community, but by devoting an entire episode to it, his efforts to connect to the site where he gets so much of his traffic arguably go beyond all of his peers. The YouTube-themed episode of The Late Late Show is slated to premiere on August 21st.