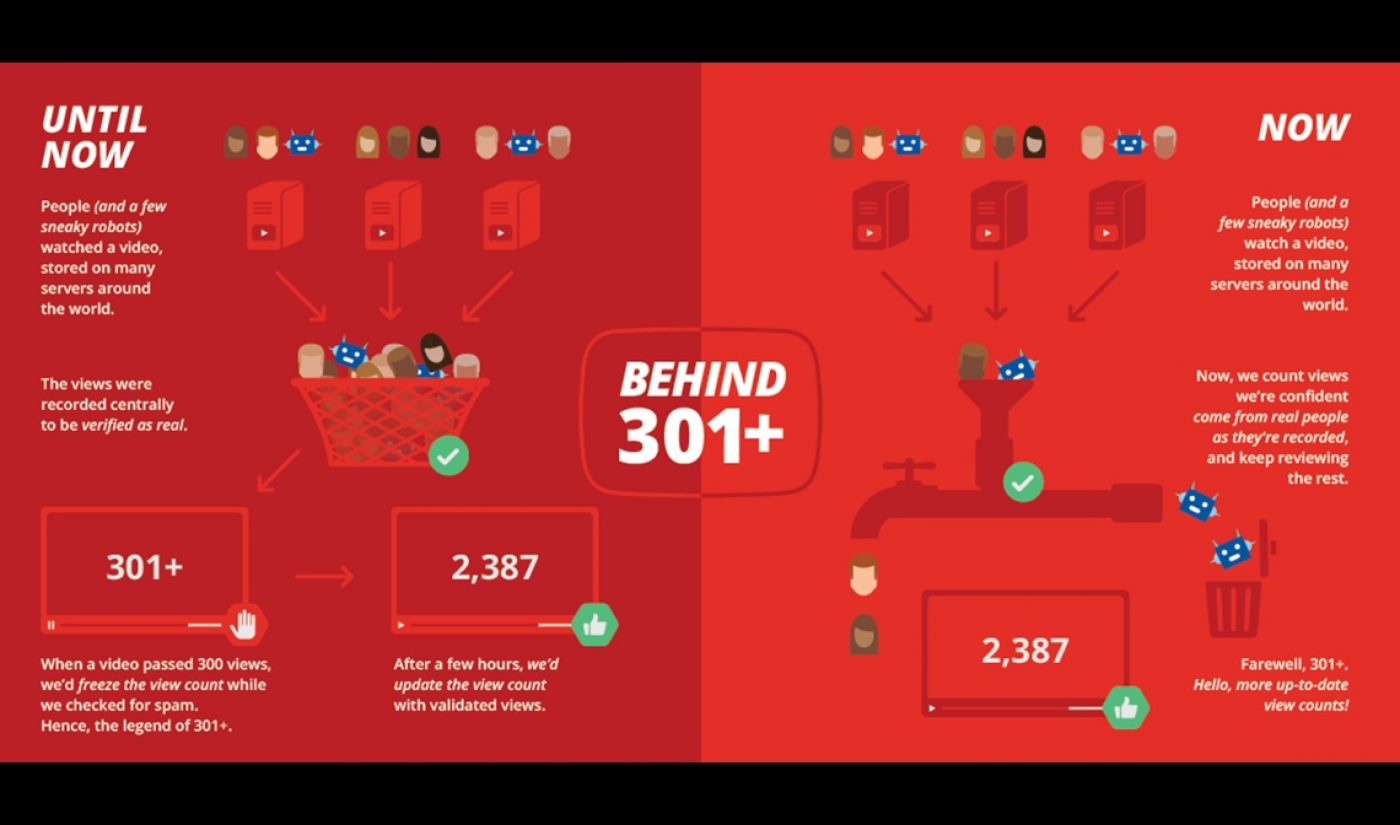 Anyone who spends a lot of time on YouTube understands the significance of the number 301 as it pertains to the video site. It’s the number at which view counts pause so that YouTube can check for bots. For that reason, it’s also the number that launched a thousand explanatory blog posts.

From now on, though, 301 will just be another number. In a tweet, YouTube announced its plan to stop pausing videos at 301 views. “We’re saying goodbye to 301+ and hello to more up-to-date video views,” reads the tweet.

The initial reasoning behind the 301 view freeze concerned bots. In order to make sure all its video views were legitimate, YouTube decided to briefly pause view counts so that it could conduct an audit process. This process, while necessary at the time, befuddled many site users, who thought the paused view counts might be some sort of glitch. In order to clear up some of the confusion, YouTube eventually added a plus sign as a way of saying “we know this video has many more than 301 views, and we’ll be able to show you its actual view count shortly.”

Now, YouTube is adopting a new system, one that does not require it to freeze view counts at 301. Instead, it will automatically verify views that surely come from real people, and it throw the rest of the views into a separate category, where they can be verified on the fly. This will smooth out the audit process and lead to less confusion.

The new system is undoubtedly a positive change, but I’m going to miss the mythos that surrounded 301 views. Yes, it was confusing, but on the other hand, it led to some pretty good jokes. Rest in peace, 301+.