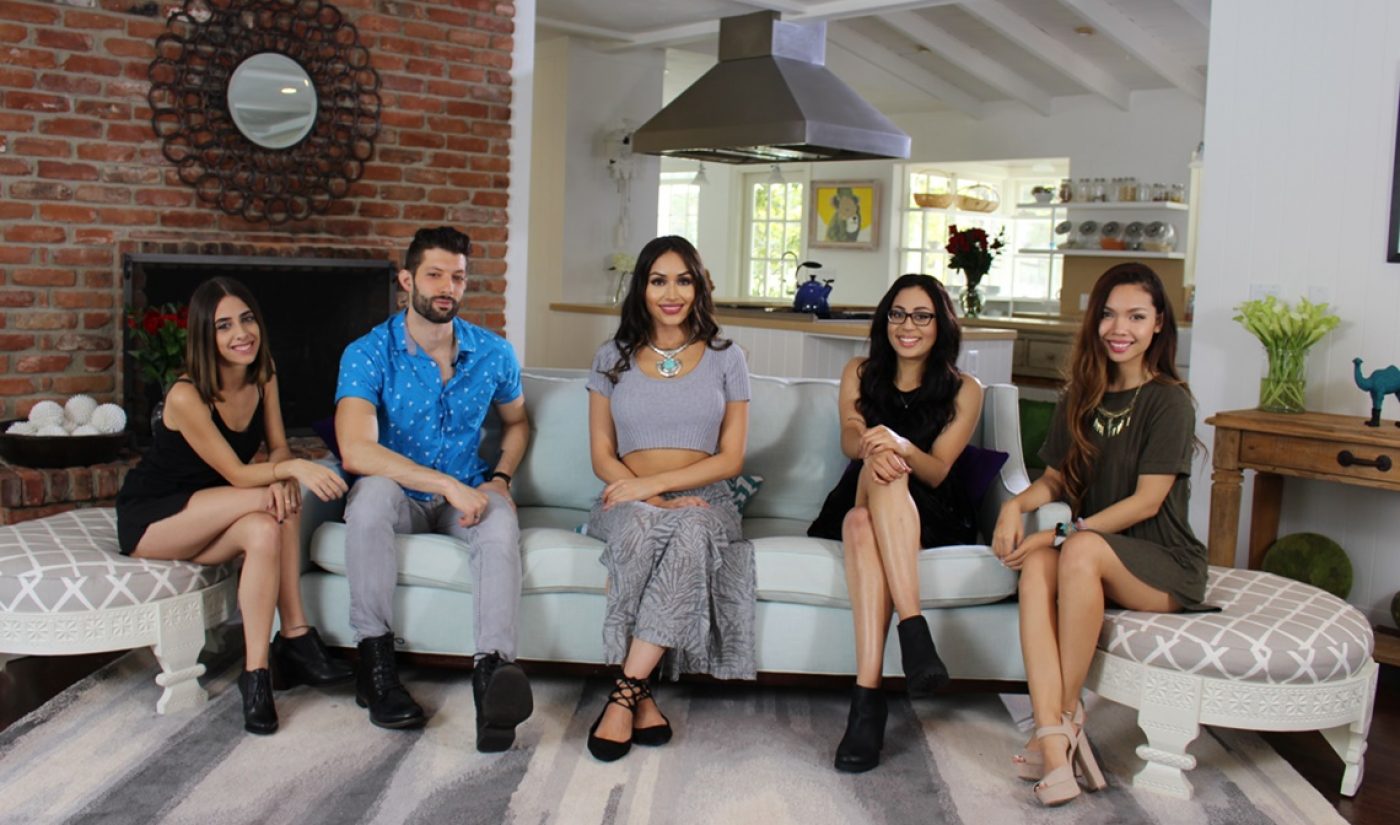 As YouTube’s creative community continues its search for revenue, FameBit has emerged as a helpful tool. The digital marketplace, which lets brands like L’oreal and Dollar Shave Club connect with YouTube stars who can help spread brand messages, has facilitated the creation of thousands of videos that result in big payouts for creators. Now, FameBit is looking beyond its primary business. It has announced FilterFreeTV, its first original series.

FilterFreeTV, which will launch its first episode during VidCon on July 23rd, will offer just the sort of brazen conversation its title advertises. The show will be hosted by a panel of five YouTube stars–Tiffany Ma, RJ Aguilar, Raya H, Deserey Morales and Kayla Lashae–who between them have more than 1.2 million subscribers. In a trailer for the series, they chat about drugs and sex while also playing a game of “Never Have I Ever.” A line of text on the screen describes FilterFreeTV as “not your mother’s talk show.”

While much of FameBit’s work is centered around brands, its original content plans are primarily intended to support the creators with whom it works. FameBit co-founder Agnes Kozera explained the company’s strategy in a press release:

“Until now, only the biggest YouTube stars could have hoped to get an original web series, let alone generate a profit from it, but original programming should be based on talent and ability to entertain, rather than a number of subscribers. FameBit is known to be innovative when it comes to helping talent monetize and we’re looking to demonstrate this through our expansion into content. In the same way that we once validated the value of niche and long-tail channels to brands, we’re also focusing on attracting a highly engaged audience to original, unscripted web programming.”

FilterFreeTV’s presence will be centered on a mobile app that has launched alongside the show. The press release explains that “episodes will be released once a week on Thursday at 3pm PST/6pm EST and will be available for purchase.” Whether those paywalls manage to generate significant revenue for FameBit and its creative partners remains to be seen, but no matter how FilterFreeTV fares, its release signifies that FameBit is now much more than just a branded video marketplace.