Movieclips Takes Residence At YouTube Space LA For A ‘Movie3Some’ 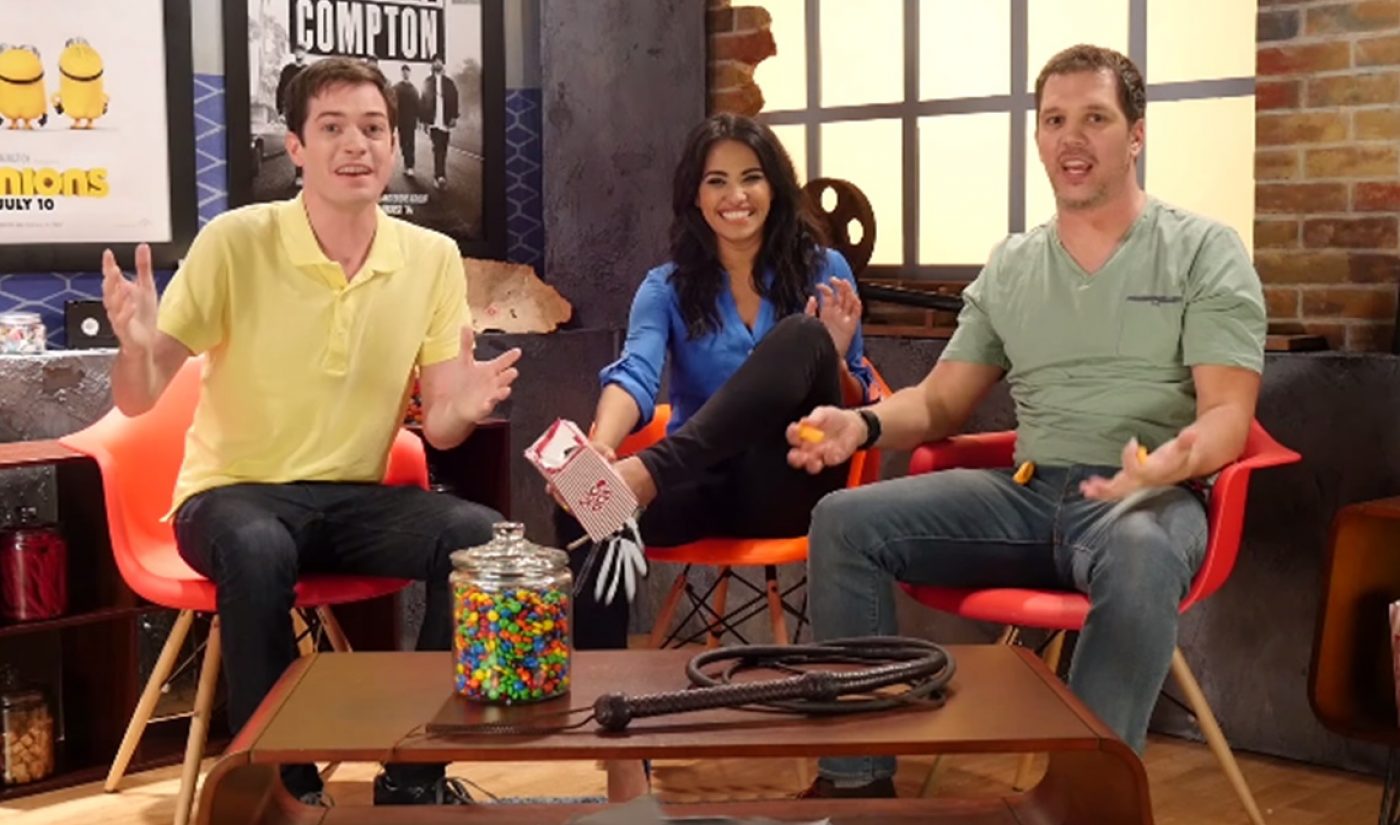 After asking celebrity guests to say I Love Movies, Fandango is now inviting other collaborators to its Movie3Some. The ticketing company’s Movieclips brand has taken up residency at YouTube Space LA, where it is shooting a weekly series dedicated to current films.

The partnership between Fandango and YouTube Space LA is a logical one. Fandango often creates videos that relate to current movies, and the YouTube Spaces have often housed sets on which content creators can film videos related to those same movies.

“Fandango Movieclips has a long history of proven success on YouTube, and we are very proud to have been selected for YouTube Space LA’s highly-regarded residency program,” said Fandango Chief Creative Officer, Sandro Corsaro. “We are excited to have the opportunity to explore new ideas that celebrate the movies and moviegoing on YouTube at their world class facilities.”

The first episode of Movie3Some, which covers recent releases like Minions and Ant-Man, can be found on the Movieclips Originals YouTube channel. Dan Perrault, who is himself the host of a Fandango series, serves as the first guest star.