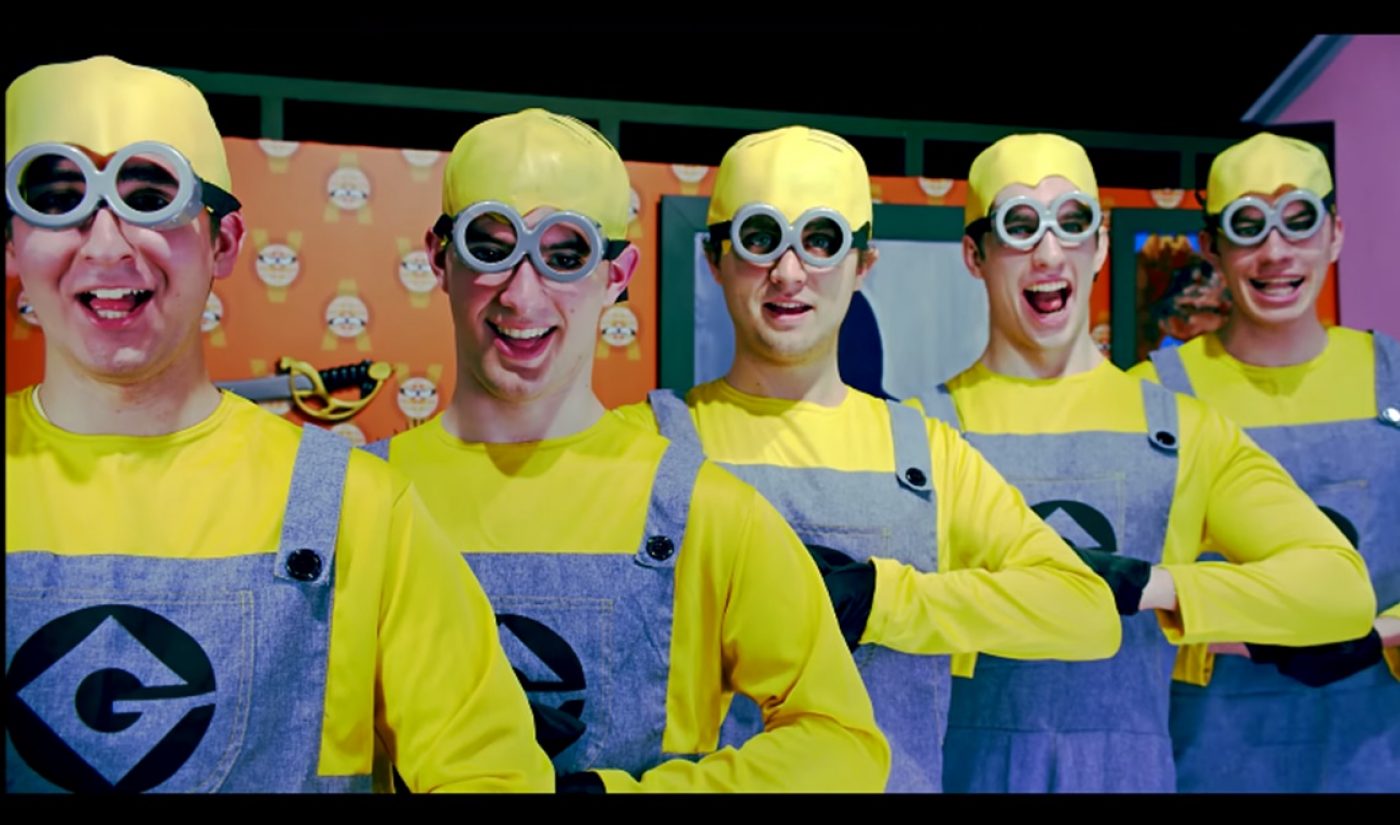 As the theatrical release date for their latest big screen bow approaches, Despicable Me’s minions are making a splash on YouTube. The yellow, tic-tac shaped animated characters, who will star in the upcoming feature film Minions, have also appeared in videos shot on sets at the YouTube Spaces in New York and Los Angeles.

The production of Minions-related YouTube videos is the latest example of what has become a common partnership between movie studios and YouTube content creators. The studios–in this case Universal–provide sets and props related to upcoming films, which become available for creators at YouTube Spaces around the globe. The resulting collaborations give creators relevant resources for new videos while allowing studios to pick up cheap, or even free promotion for current projects. Before the Minions residency, we recently saw Paramount Pictures use this strategy with its Terminator Genisys: The YouTube Chronicles series.

One of the videos created at these sets came from Kim Maycraft of the Made by Mommy channel, who combined Minions sets, costumes, and props at the YouTube Space in New York to create a kid-friendly music video called “Be A Minion.” The video’s description notes that, although it was shot on the Minions sets, it is not officially a sponsored video. Made by Mommy will also host a makeover video inspired by Minions antagonist Scarlet Overkill.

Even for creators who do not make use of the various YouTube Spaces, this is still the time for Minions videos. We also recently noted a Mystery Science 3000-style Minions video from Fandango’s Movieclips brand, and we expect to see many other tie-ins to the animated film as its theatrical release date draws near.