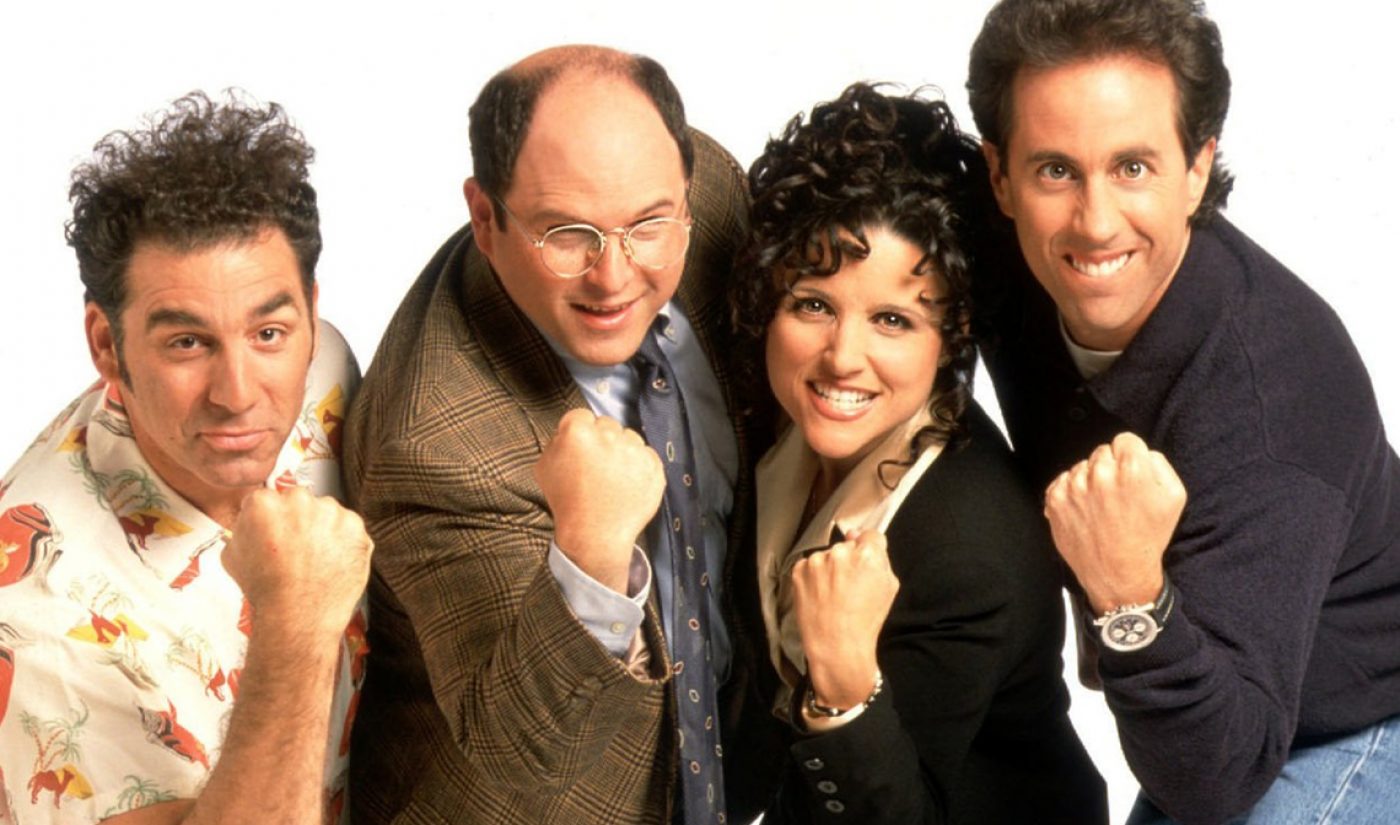 Nearly two months after it trotted out Jerry Seinfeld during its 2015 Newfronts presentation, Hulu has premiered all 180 episodes of Seinfeld. The 90s sitcom, widely regarded as one of the best TV shows of all time, is available to Hulu’s paying subscribers.

In previous press releases related to Seinfeld, Hulu didn’t say whether the show would be available for free or restricted to viewers who subscribe to the service known until recently as Hulu Plus. While non-subscribers may be irked at the decision to place Seinfeld behind a paywall, Hulu’s choice shouldn’t come as a surprise. After all, the streaming service reportedly paid somewhere in the vicinity of $180 million to acquire the streaming rights to the cherished sitcom (and spent additional funds marketing it with an interactive replica of its set). It has to make a return on its investment somehow.

Still, Hulu was likely quiet about its plan to stash Seinfeld on its paid service because it recognizes that service’s unpopularity with many users. Unlike other subscription services like Netflix and Amazon Prime, Hulu Plus (or whatever it’s called now) also rolls ads in addition to its subscription fee. Hulu has considering scaling back ads on its premium service, but for now, they’re still there, and several Seinfeld fans are not happy about it.

Seinfeld fans who don’t mind the ads can watch the sitcom by subscribing to Hulu’s premium service, which costs $7.99 per month or $95.88 per year. And for non-paying viewers, an assortment of clips can provide a brief fix.