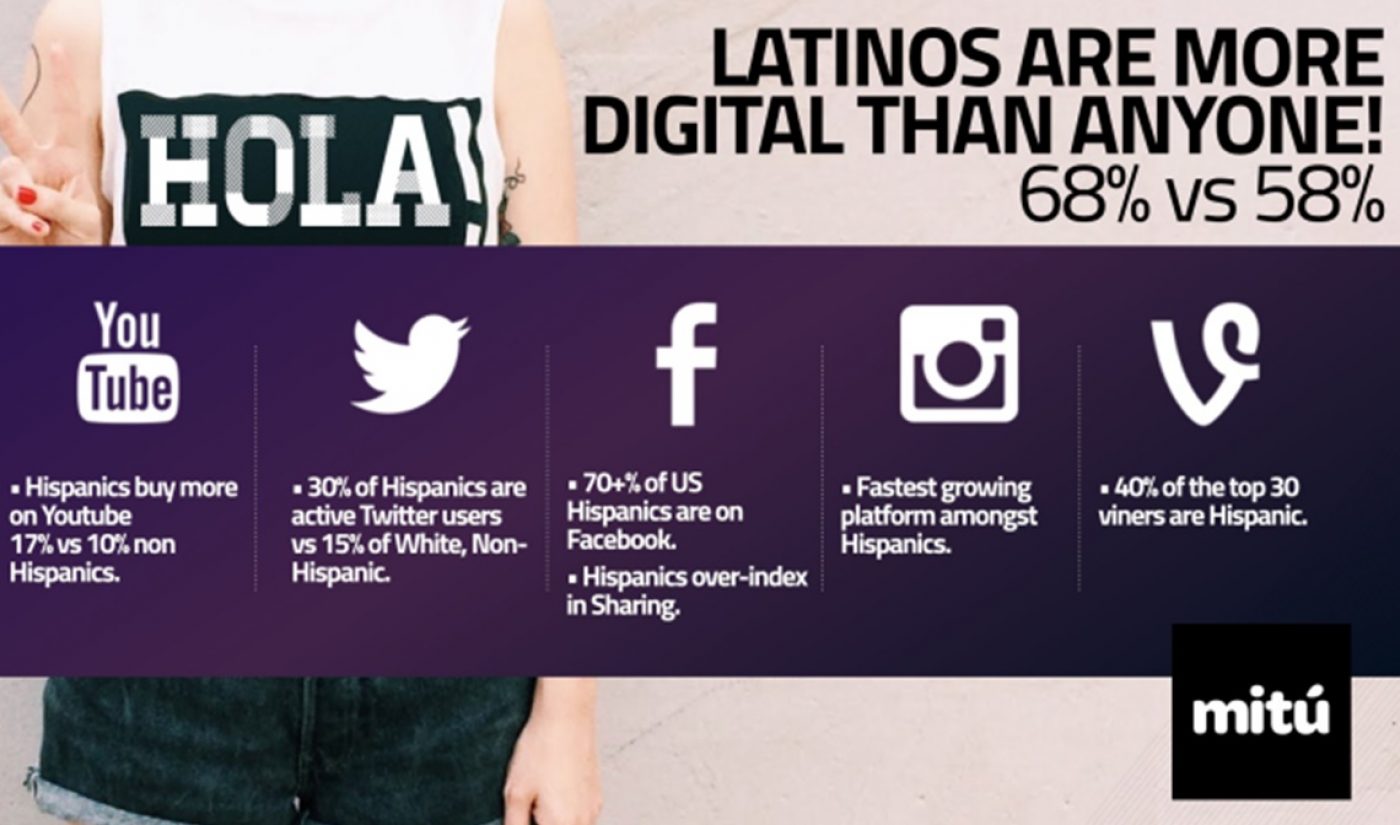 In 2014, Hispanic multi-channel network MiTu brought a pair of programs to TV thanks to a deal with Discovery. The partnership proved successful, and it has encouraged Discovery and MiTu to team up once again. The two companies have pacted for a deal that will bring MiTu programming to Discovery’s Hispanic TV channels, with additional content arriving across the social web.

The first TV deal between MiTu and Discovery covered a pair of shows–Casa Linda and Gurús de Belleza–both of which premiered on the Spanish-language Discovery Familia channel. Both programs generated strong numbers; in their respective timeslots, viewership among women ages 18-34 more than tripled. More generally, viewership in the female 18-49 demographic rose by 42%.

The new deal looks to continue this upward trend with a new complement of long-form series and digital programs in Spanish and English. In addition to Discovery Familia, MiTu shows will also come to Discovery’s other Spanish-language TV channel, Discovery en Español. Digital offerings will see release across a variety of platforms, including YouTube, Instagram, Facebook, Snapchat, Vine, Pinterest and Periscope.

“Partnering with such a respected brand as Discovery is a great example of MiTu’s ongoing mission to provide our audience with compelling, culturally relevant content wherever they are,” said Beatriz Acevedo, President and Co-Founder of MiTu, in a press release. “We develop our digital content based on data and insights and are excited to roll out these new formats featuring mitú talent that has been previously incubated on our MiTu platform.”

Details about specific shows born from the MiTu-Discovery partnership will be available at a later date.