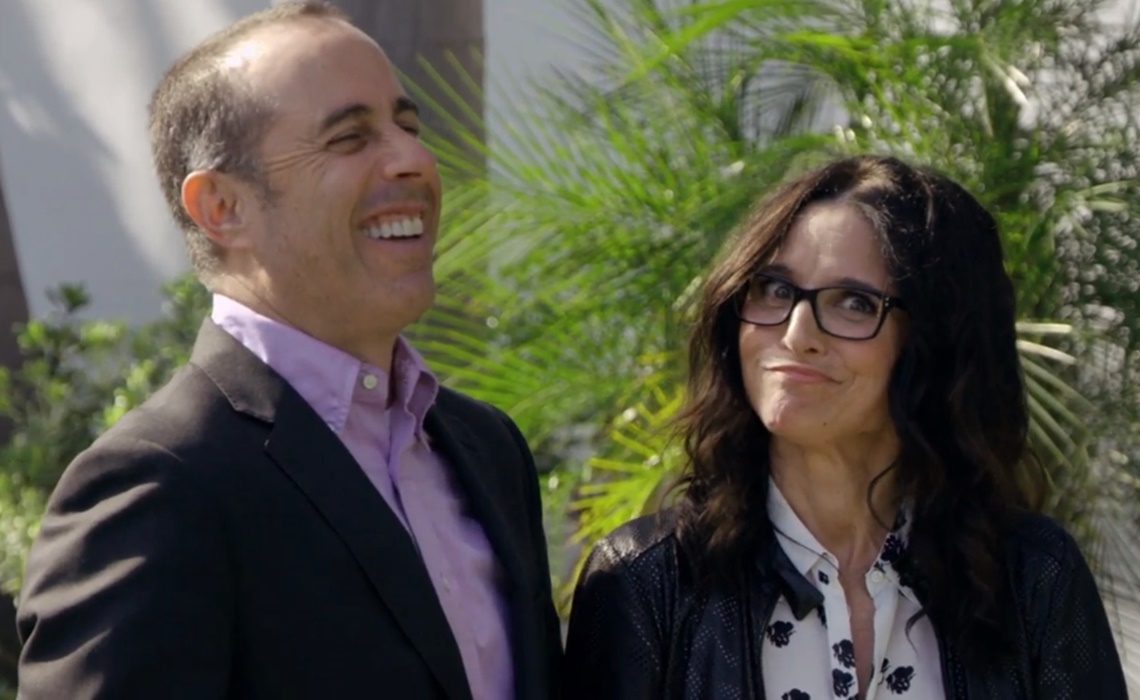 Jerry Seinfeld’s Comedians In Cars Getting Coffee has moved into its sixth season, and in order to kick off his latest round of candid celebrity conversations, he turned to an old pal who co-starred alongside him on the show that bears his name. Julia-Louis Dreyfus, the woman behind Seinfeld’s Elaine Benes and the star of HBO’s Veep, joins Seinfeld in a new Comedians in Cars episode available via distributor Crackle.

Seinfeld picks up Dreyfus in a 1964 Aston Martin ripped straight out of a James Bond film. The two comedians then set off in search of cappuccino, all while having the sort of ambling, witty chitchat for which Comedians In Cars Getting Coffee has become known.

With Dreyfus’ appearance on Comedians In Cars, all four primary cast members of Seinfeld have now joined Jerry on his web series. A season one episode featuring Michael Richards helped put the series on the map thanks to its discussion of Richards’ infamous incident at the Laugh Factory. Then, in 2014, Seinfeld met Jason Alexander at Seinfeld’s famous Tom’s Restaurant location; that episode was preceded by a promotional short that aired during the Super Bowl.

Dreyfus kicks off a star-studded sixth season of Comedians in Cars. The other five guests who will join Seinfeld during this fresh batch of episodes are Stephen Colbert, Bill Maher, Trevor Noah, Jim Carrey, and Steve Harvey. Keep an eye on the series’ website to catch new installments as they arrive. If the first episode has you hankering for some Seinfeld reruns, the Internet will soon have you covered on that front, too. The sitcom’s entire library will become available on Hulu on June 24th.