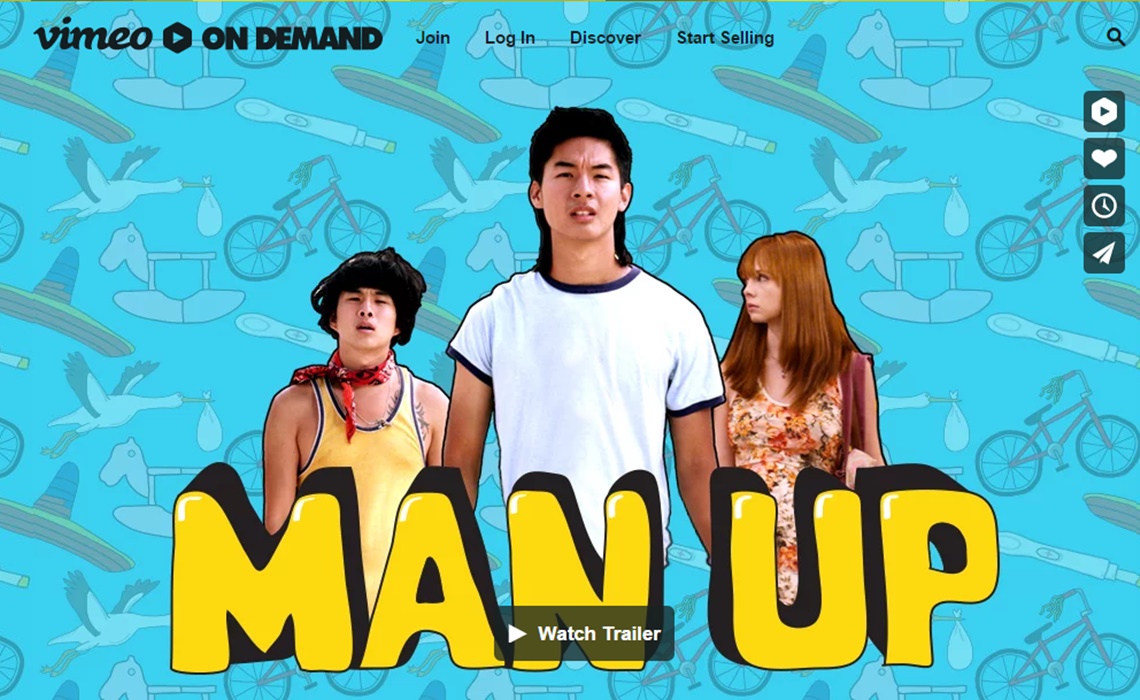 The latest film led by online video stars is Man Up, and as of May 28th, it is available through Video On Demand. The film, which stars Kevin Wu as a slacker who must learn how to become a dad and Justin Chon as his crazy best friend, can be purchased for $9.99 or rented for half that price.

In Man Up, announced in March 2015, Martin (played by Wu, who is known as KevJumba on YouTube) must quickly mature after his girlfriend (Galadriel Stineman) reveals she is pregnant. Kinetic Films produced the film, and Supergravity Pictures, a recently-launched studio that works with YouTube stars, partnered with Lakeshore Entertainment‘s Off the Dock to handle distribution. Chon, whose film roles include Twilight, directed.

More information about Man Up is available on its website. For KevJumba fans who miss Wu’s videos, the film will be a refreshing watch.