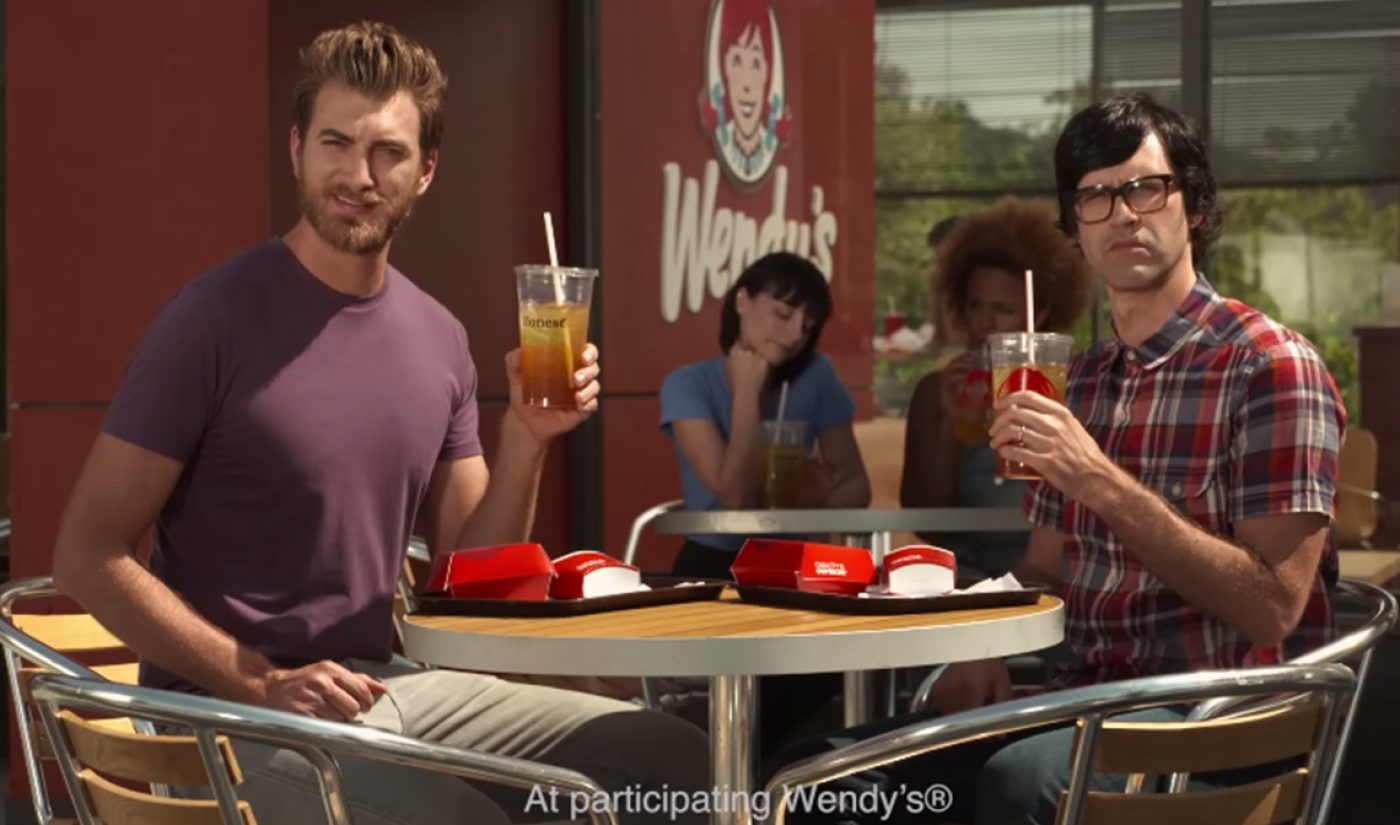 Want honesty? All you need to do is give Rhett McLaughlin and Link Neal some delicious iced beverages. The filmmaking duo behind the Rhett & Link YouTube channel released a new music video called “Just Being Honest,” in which they drop truth bombs on their friends and family.

The video, sponsored by Wendy’s, begins with Rhett & Link sitting in a restaurant and drinking iced tea. When they overhear a pair of women talking about how much they appreciate honesty, they launch in a song through which they undo all their fibs, fabrications, and stretches of the truth. By the end of the video, though, they realize the two women were probably talking about Wendy’s Honest Tropical Green Teas.

Rhett & Link are no strangers to branded content. Many of their other music videos, such as “Epic Rap Battle: Nerd vs. Geek,” “I’m On Vacation,” and “I’m A Textpert,” are linked to brands or public campaigns. In this case, the duo’s partnership with Wendy’s also extends to #SipMeUp, which the “Just Being Honest” video description describes as “a live streaming event on Thursday, June 18th where you have a shot at us making a personal video, just for you!”

Bonus features from the music video are available over at the official Wendy’s YouTube channel. As a behind-the-scenes feature shows, “Just Being Honest” was shot in one take. It’s an impressive piece of work from two of YouTube’s most creative and likable personalities.