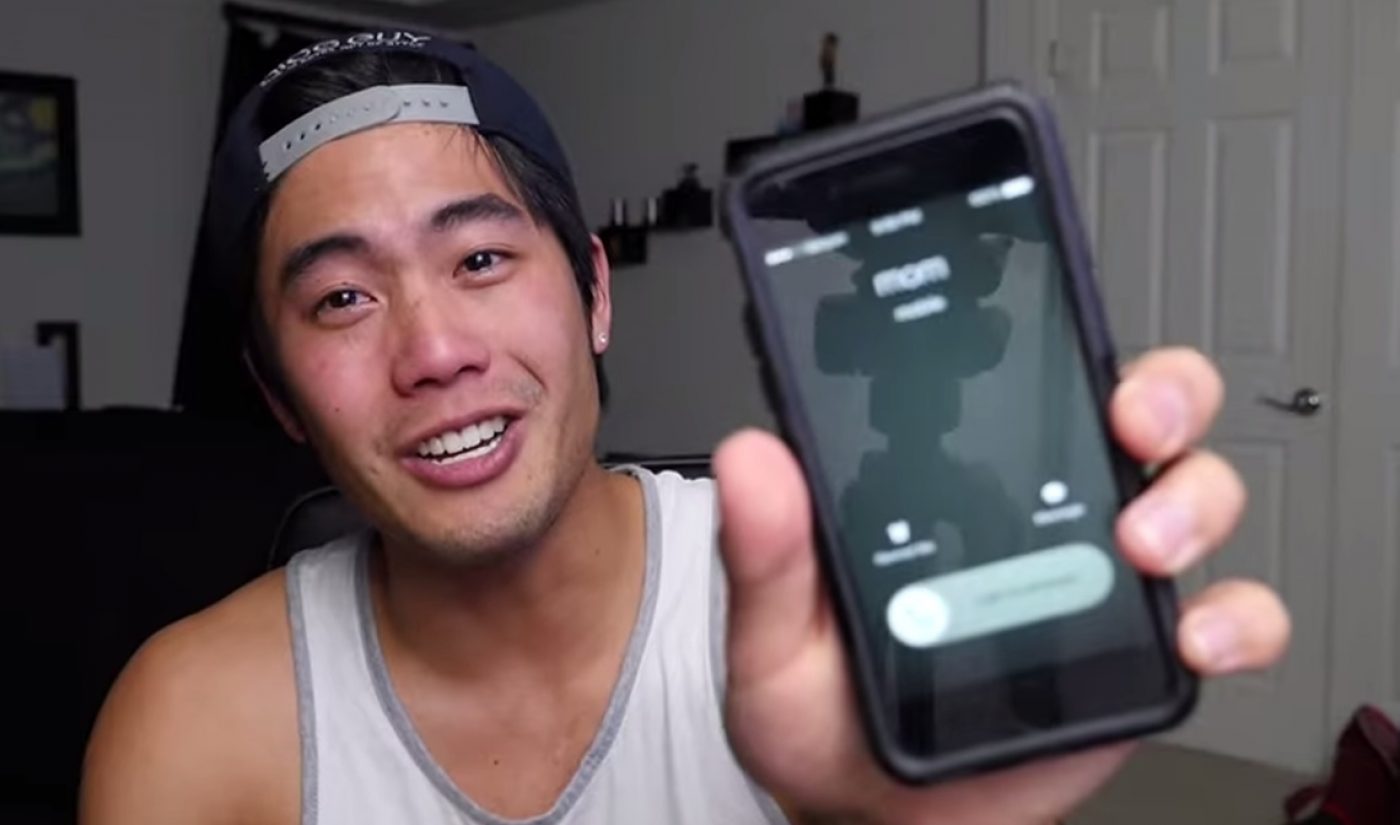 Many YouTube content creators released videos celebrating Mother’s Day, but Ryan Higa took the holiday to another level. Higa, who has more than 14.3 million subscribers on his primary YouTube channel, created a crowdsourced Mother’s Day video by using his brand new app to gather messages from his fans.

Higa, who recently launched his app alongside Victorious, asked his fans to send in some words for their mothers by using the #DearMom hashtag. After receiving thousands of responses within the app, he combined the best ones with his own words and a few more from his friends in the YouTube community (such as Smosh, Jenna Marbles, Superwoman, and Miranda Sings). The result was a “Dear Mom…” video that scored more than a million views in its first day online.

At its most basic, Higa’s Mother’s Day effort is a warm ode the mothers around world. At the first time, it exemplifies how YouTube content creators can use mobile apps to engage their fans. “The most important note is that the video was generated by an off-YouTube strategy that simultaneously reinforced the value of his YouTube channel,” said Victorious co-founder Bing Chen. “In short, while many are thinking of ‘off-YouTube strategies,’ the smarter strategy is a cross-platform strategy. How do superfan hub apps reinforce YouTube channels and vice versa.”

Higa’s app, titled TeeHee, will continue to serve as a homebase for his audience, housing the YouTube superstar’s daily vlogs, future crowdsourced initiatives, upcoming mobile games, and more. It’s available on the App Store and Google Play, where it’s performing very well. Within its first few days of launch, TeeHee was among the Top Trending apps on iTunes and peaked at #2 on Google Play’s Top New Free apps list globally.

Here’s the screenshot from iTunes: And here’s one from Google Play: