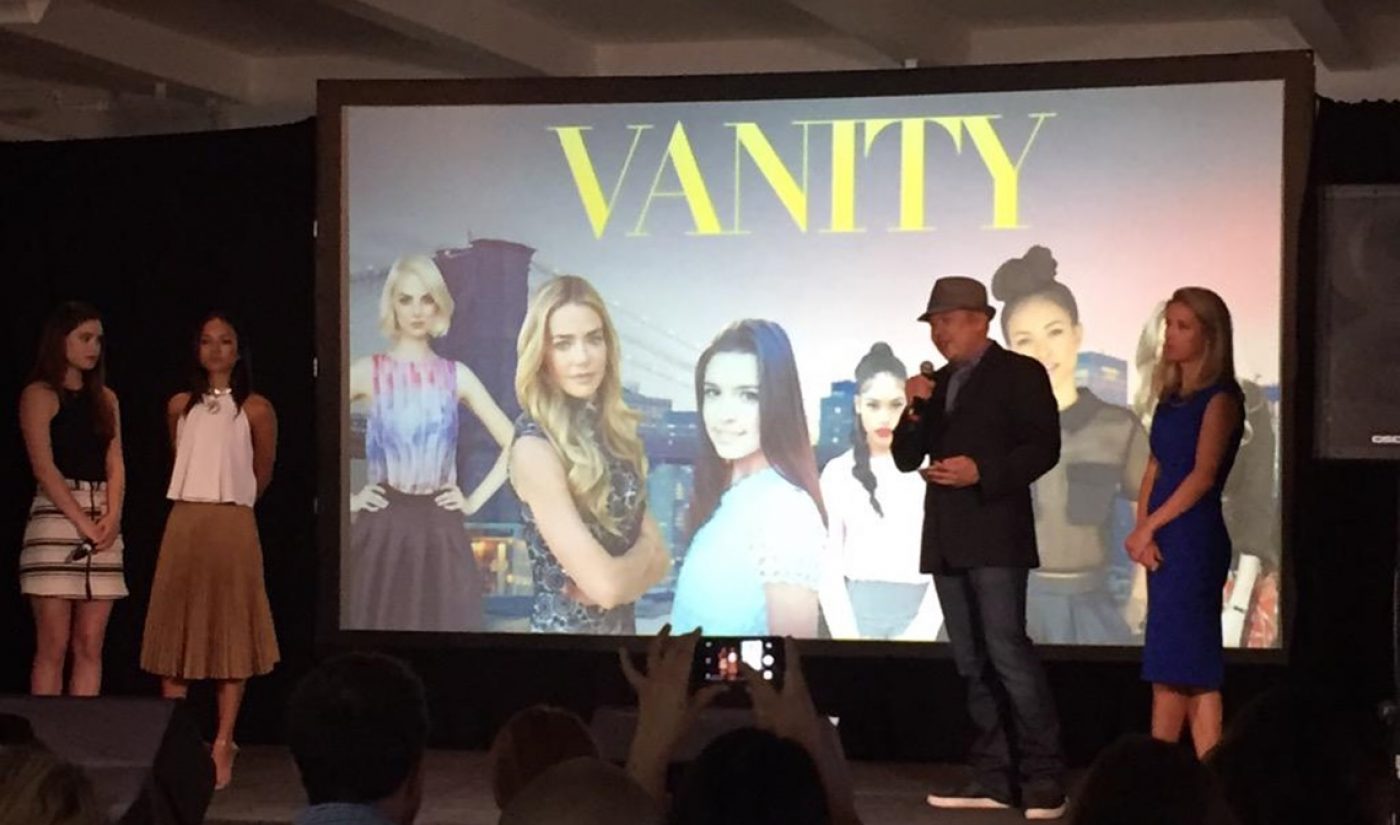 The biggest headline from StyleHaul’s presentation at the 2015 Newfronts concerned its partnership with Amazon, where several of its fashion, beauty, and style experts are offering product recommendations. At the same time, the network aimed at young women also discussed several other projects, including Vanity, the first series to be produced by Bernie Su and David Tochterman’s new company, Canvas Media Studios.

Su announced Vanity at Stylehaul’s presentation, just one day after he first lifted the curtain on Canvas. He described the series to Tubefilter as “a revenge drama set in the world of beauty and fashion. It centers around orphan Lily (Alex Frnka) as she tries to discover her identity while injecting herself into the world of designer Marion Bellerose (Denise Richards) and her fashion influencer and muse Vanessa Ivy (Karrueche Tran).” The supporting cast include a few other notables, including StyleHaul partner Allie Marie Evans, Ana Mulvoy-Ten and Joanna Sotomura, who starred in Su’s web series Emma Approved.

Canvas’ goal is to “develop original, scripted, and multi-platform entertainment properties for brands, publishers, and traditional media companies,” and sure enough, Vanity comes with a brand sponsor already attached. Maybelline, which has teamed with StyleHaul in the past, has signed on as Vanity’s exclusive partner.

As Su explains it, this branded twist affected the way he chose to tell his story:

“StyleHaul wanted to do an original dramatic series and asked me if I had any ideas. I designed the series for them as a revenge drama set in the world of fashion and beauty. Originally I’d describe the show as a fashion series about identity, but once Maybelline became involved, there was an inspiration to recalibrate it into a beauty series, still about identity. I 100% believe that this adjust has totally inspired the show and has evolved it into a incredibly artistic and unique series. It’s a dramatic series designed for StyleHaul and Maybelline and I can’t wait for everyone to see it.”

An exact premiere date for Vanity has not yet been announced.