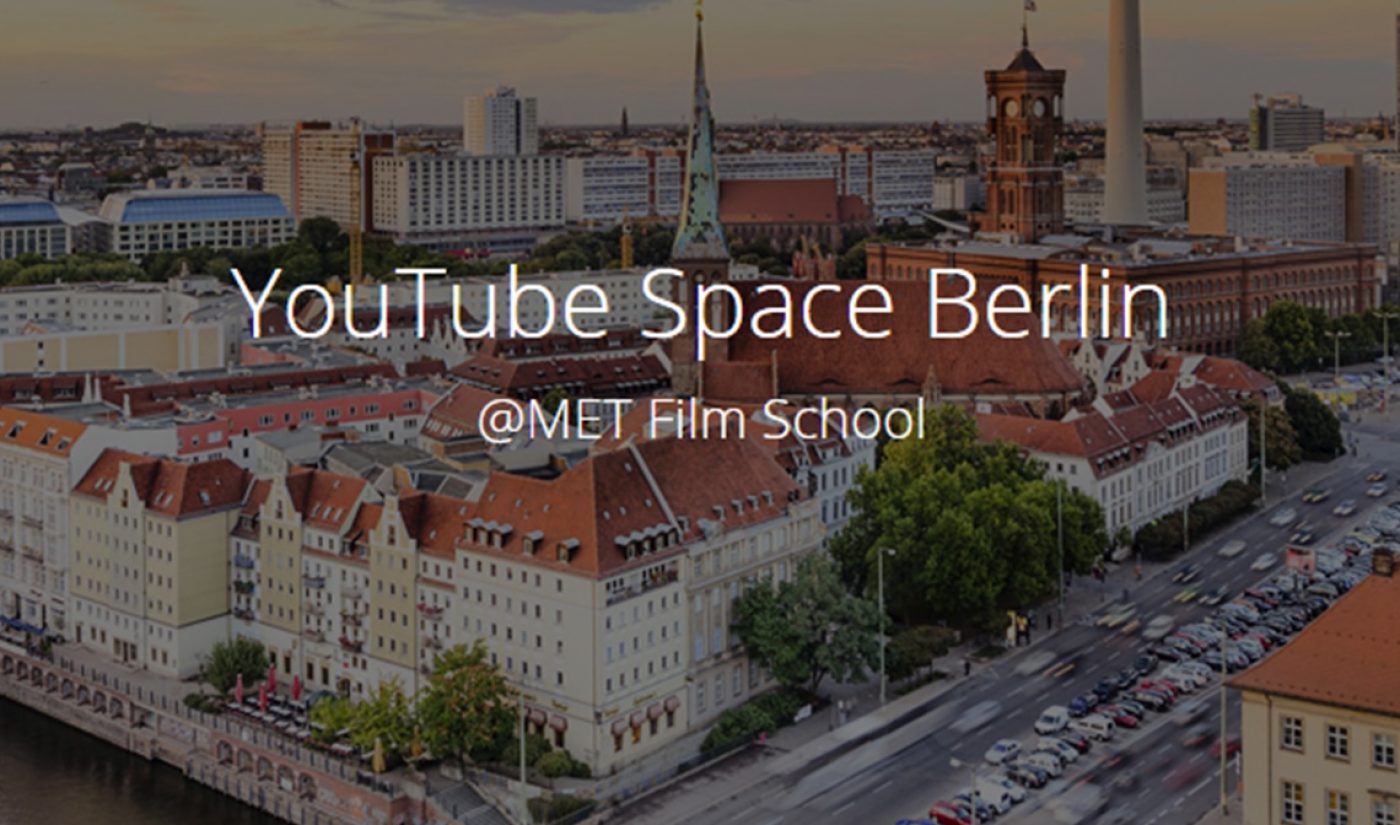 YouTube content creators in London, Los Angeles, Tokyo, New York City, and Sao Paulo use the site’s Spaces to meet, collaborate, and produce videos alongside their fellow YouTubers. Now, the world’s most-watched video site is opening up its sixth Space and its second in Europe. It has announced a new facility in Berlin, Germany.

The Berlin Space will serve YouTube’s vibrant Germanic community. Several multi-channel networks, such as Divimove and Studio71, are based in Berlin, where they offer their services to hundreds of partners. The new Space will provide those creators–and many others–with events, classes, workshops, and production facilities through which they can build their respective channels.

An introductory blog post from YouTube notes that the site’s Spaces have hosted 800 events since the London facility opened in 2012. “The YouTube Space Berlin is another way for YouTube to help foster creativity, entrepreneurship and partnership with top video creators in the country and around the world,” reads the blog post. “It’s amazing to see what creators have already been producing and we are excited to see what is coming next.

YouTube’s Berlin Space is hosted by the Met Film School. A full list of events taking place at the new Space can be found on its official homepage.