All Nine Seasons Of ‘Seinfeld’ Coming To Hulu In June 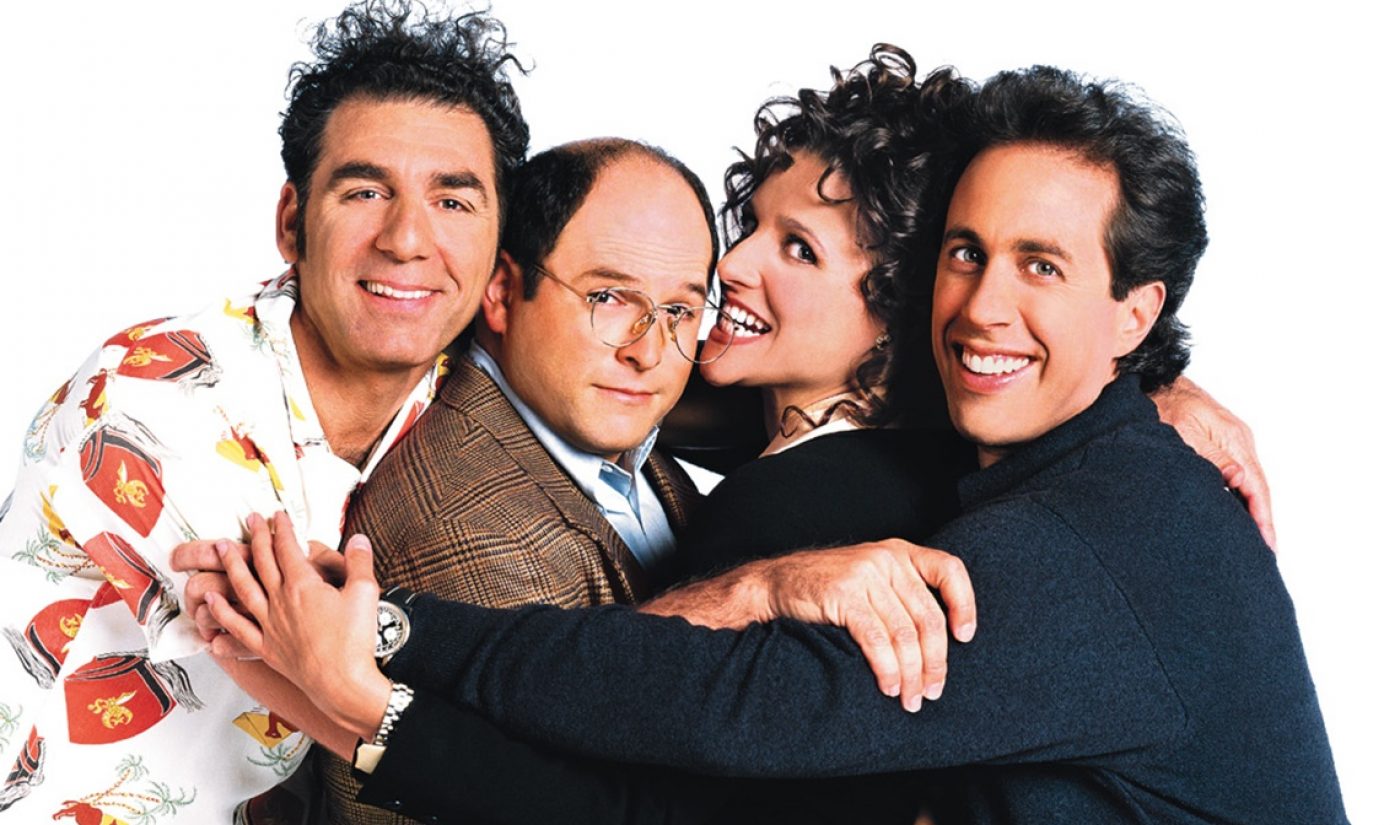 These days, there’s a TV show for just about every subject you can imagine, but Hulu has gained rights to the only show about nothing. At its 2015 Newfronts presentation, the streaming video platform announced a deal that, beginning in June, will bring all nine seasons of Seinfeld to viewers.

As Hulu Head of Content Craig Erwich explained, the platform’s viewers have long asked for episodes of Seinfeld. The sitcom was previously only available online in a limited capacity via Sony’s Crackle, but thanks to this deal, all 180 installments will come to Hulu. The streaming platform reportedly paid a significant sum for this privilege; Variety says the deal is worth nearly $180 million, about $1 million per episode. That figure did not sit well with comedian Billy Eichner, who presented his upcoming show Difficult People at Hulu’s NewFront. “They paid $130 million [sic] for Seinfeld and I couldn’t get an everything bagel on set,” quipped Eichner.

The Seinfeld deal is just one part of Hulu’s plan to bring a huge selection of coveted TV shows exclusively to its viewers. The streaming platform also announced a partnership with AMC through which it becomes the exclusive SVOD home for many of the network’s shows. For example, Hulu will be the exclusive streaming destination for Fear the Walking Dead, an upcoming companion series to AMC’s The Walking Dead. These content deals, when combined with Hulu’s previous pacts with companies like Twentieth Century Fox (for Empire), FX Productions (for Fargo and more), and Turner Broadcasting (for shows from its owned channels), make the platform the exclusive streaming home for a large number of critically-acclaimed TV shows.

In addition, Hulu continues to build up its library of originals. The platform’s Newfronts presentation is typically a star-studded affair, and this year was no different. Guests included Seth Meyers, Amy Poehler, James Franco, J.J. Abrams, Freddie Wong, and Jason Reitman, all of whom talking about the original series they will distribute on Hulu. Here, via a press release, is information about all the shows Hulu discussed: