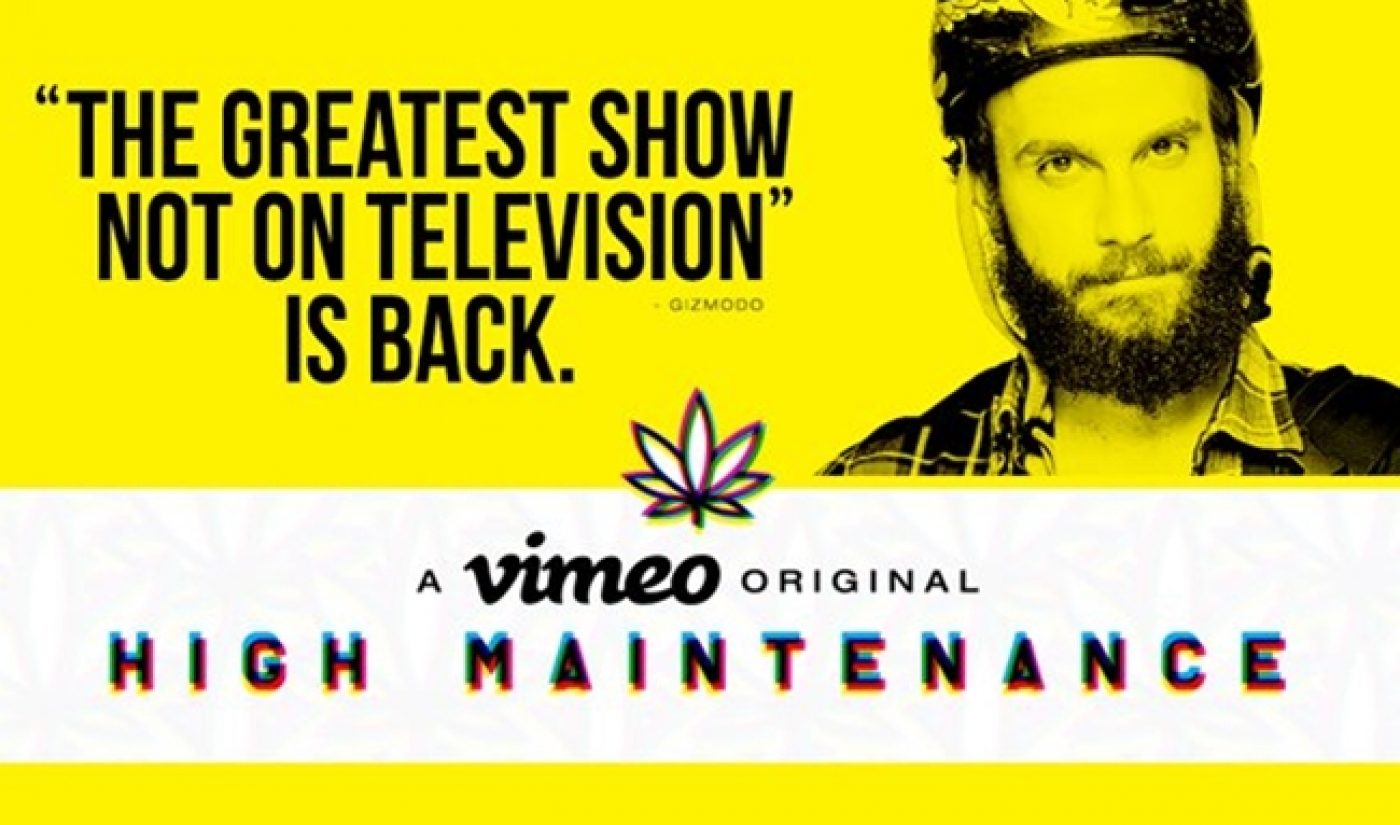 HBO is celebrating 4/20 in the best way possible. The premium cable network has given a full-season order to High Maintenance, the critically-acclaimed web series about a pot dealer and his zany clients.

HBO announced a six-episode order for High Maintenance on April 20th, a day known worldwide as an unofficial holiday for pot smokers. Through the deal, series creators and husband-and-wife duo Ben Sinclair and Katja Blichfeld (who worked on 30 Rock) will bring their sharp, witty comedy to TV, with Sinclair continuing to portray the show’s unnamed protagonist.

High Maintenance began as an independent production in 2012, when Blichfeld and Sinclair began uploading 5-7 minute episodes to Vimeo. The show quickly gained a reputation as one of the best web series on the net, and its cult appeal led Vimeo to fund six new episodes for release via its On Demand platform. Since then, according to Deadline, High Maintenance has become one of the all-time top selling releases for Vimeo On Demand. It has also picked up some award recognition to go along with its commercial success; in February 2015, it won the Short Form New Media award from the Writers Guild of America.

“We have been growing this show organically for three years now, and we are elated to bring it into full maturity at HBO, the gold-standard of both online and televised entertainment,” said Blichfeld and Sinclair in a statement.

“The pickup by HBO is incredible validation for the show as well as the global creative community developing and releasing innovative programming directly on Vimeo,” added Vimeo CEO Kerry Trainor. “The barriers between online and traditional distribution continue to erode and we look forward to continuing to support High Maintenance as well as future projects from Ben and Katja.”

This isn’t the first time HBO has turned to the web to find new projects. The cable channel recently signed a deal to extend its partnership with Vice, the alternative-magazine-turned-digital-media-studio, through 2018.

The date of High Maintenance‘s TV premiere is unknown, but HBO plays to distribute existing episodes across HBO, HBO Now, and HBO GO later this year.