‘Smosh: The Movie’ To Arrive On July 23rd, Adjacent To VidCon 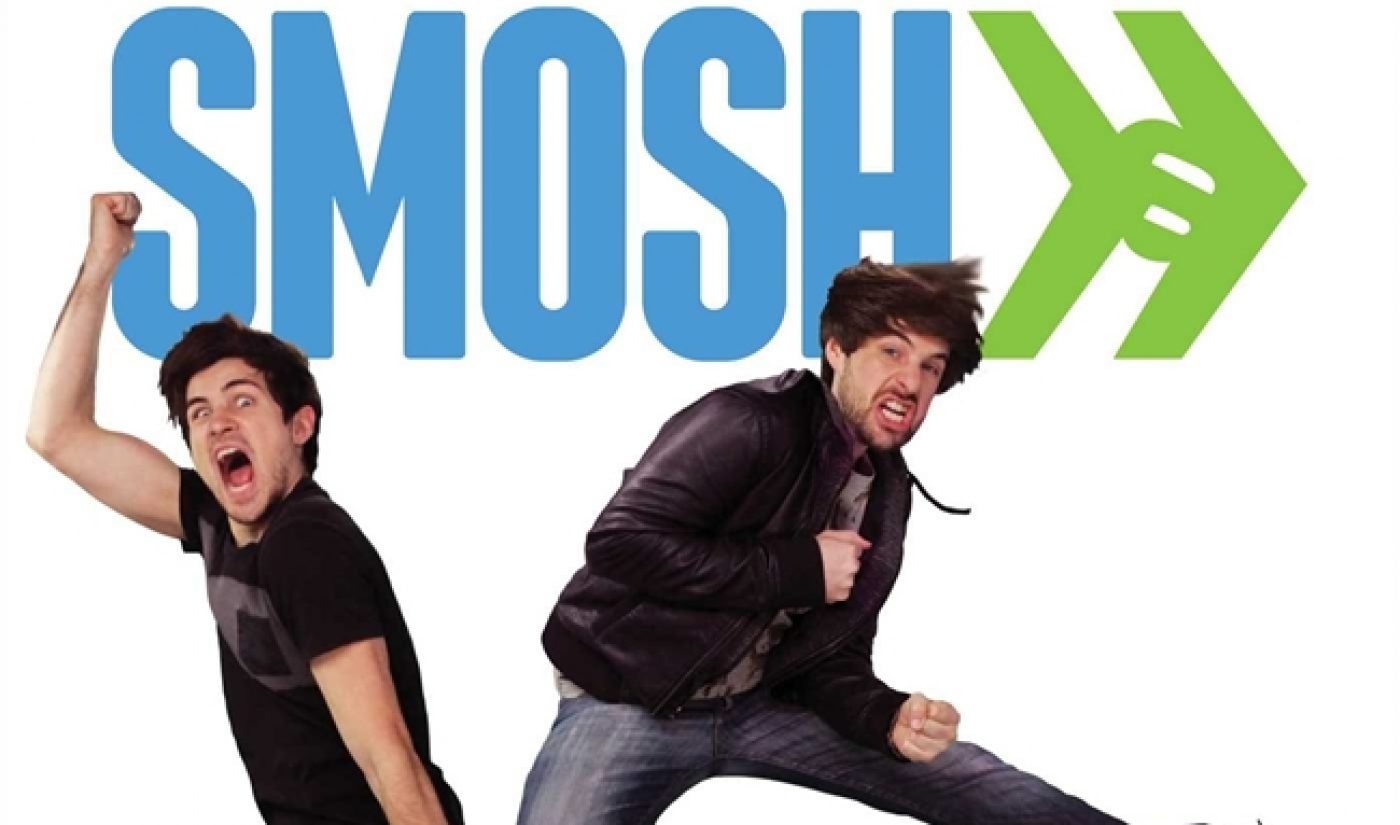 On July 23rd, the biggest and brightest online video stars will arrive in Anaheim for VidCon, a three-day celebration of the YouTube community. The same day, two of that community’s biggest stars will make their big-screen debut. Smosh: The Movie, a feature film co-produced by AwesomenessTV and Defy Media and starring Ian Hecox and Anthony Padilla, will have its worldwide debut in Anaheim on July 23rd.

Smosh: The Movie will feature the two stars of the titular YouTube channel as they experience “a high-concept Bill & Ted’s Excellent Adventure for 2015,” according to a press release. As Ian and Anthony journey into the “YouTube portal” in an attempt to delete an embarrassing video, they will encounter YouTube stars like Jenna Marbles, Harley Morenstein, and Grace Helbig, as well as other personalities like Michael Ian Black.

The film will have a theatrical release before it arrives online, where it will be available for digital download and on-demand consumption. The project, first announced in September 2014, is expected to attract Smosh’s sizable fanbase; Ian and Anthony’s primary YouTube channel has more than 20 million subscribers.

“Smosh: The Movie marks a major next step in serving the millions of Smosh fans and an opportunity to entertain millions more,” said Defy Media CEO Matt Diamond in the release. “With so many loyal fans expected at this year’s VidCon event, where we will also celebrate Smosh’s ten year anniversary, we couldn’t think of a better place to debut the movie.”

Tickets for VidCon are still available, though they are going fast. A basic community pass costs $150.