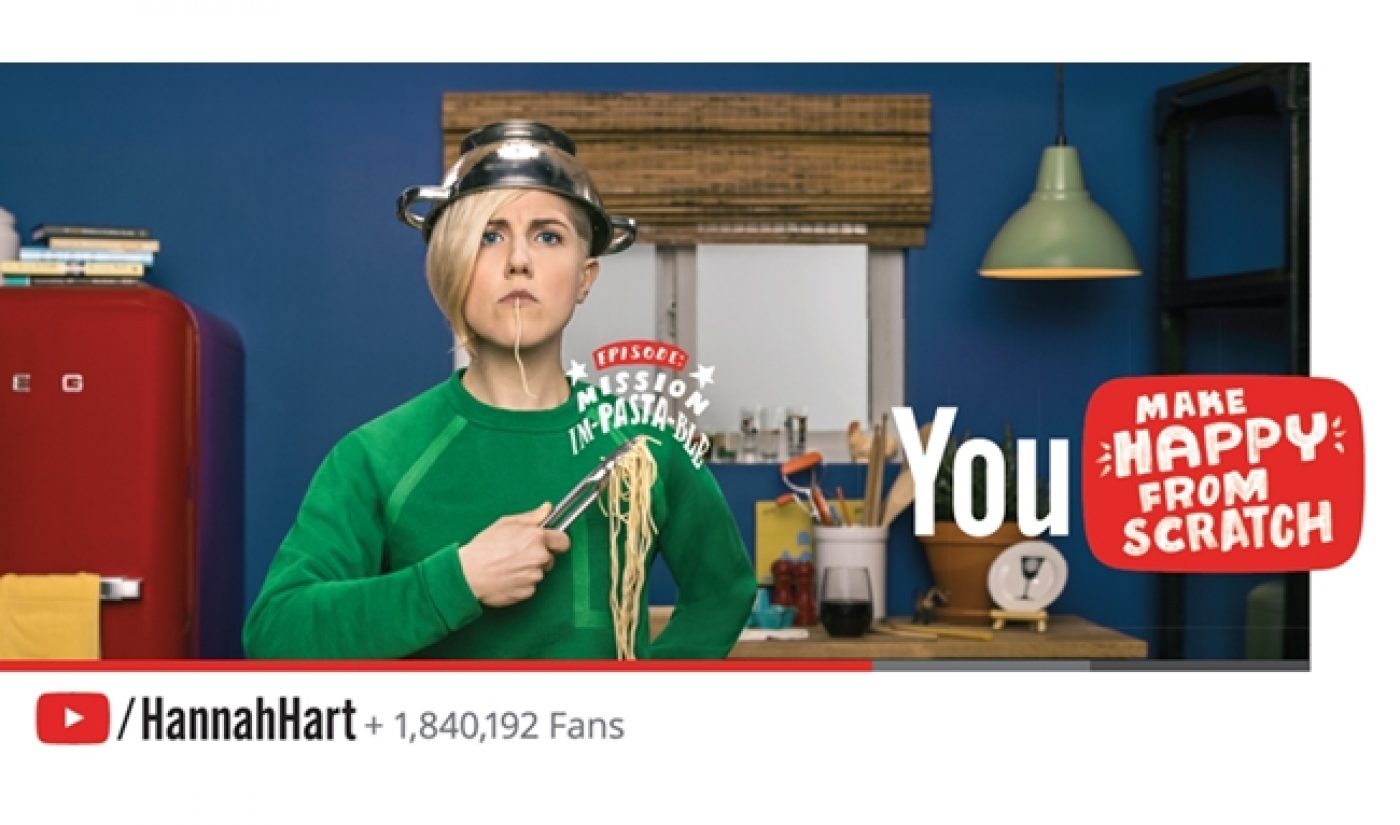 As it did last year, YouTube is using digital displays, TV advertisements, and physical billboards to peddle its biggest stars. As reported by the Wall Street Journal, a campaign that began in April 2014 with ads for Bethany Mota, Michelle Phan, and Rosanna Pansino will return in 2015 with new spots featuring Hannah Hart, Grace Helbig, and Dude Perfect.

As with YouTube’s previous creator-focused campaigns, the new ads will run on national TV and will appear in major cities on everything from bus stops to subway cars. The goal is to get consumers to check out some of the most popular and entertaining channels on the world’s most popular video site. Hart, who hosts My Drunk Kitchen, and Helbig, who recently came to TV with The Grace Helbig Show, are good friends and frequent collaborators; Dude Perfect, known for its trick shot basketball videos, is among YouTube’s most popular sports channels.

Since YouTube first launched its creator-focused campaign, it has expanded it to promote a wide variety of creators. Epic Rap Battles of History and Vice got the ad treatment last summer, and Video Game High School joined the party last fall. Meanwhile, YouTube has brought the campaign across the pond as well. In the UK, it has promoted Zoella and The Slow Mo Guys. The ads have also extended to Japan, France, Germany, Brazil, and Australia.

YouTube likes these campaigns because they build public awareness for YouTube stars who may otherwise struggle to gain proper recognition outside of their respective audiences. According to information from YouTube, awareness of promoted creators has grown two to three times over on average.

“It was super important for that mainstream awareness to happen, for advertisers and also for consumers,” YouTube CMO Danielle Tiedt told the Wall Street Journal. “Because we know that advertisers follow what consumers love. And we have these creators with massive fan bases, and we’ve been able to have some of our stars become household names.”

If you’re in a major city, keep an eye out for YouTube’s latest promotions. We look forward to having Hart, Helbig, and the Dude Perfect gang join us on our morning commutes.