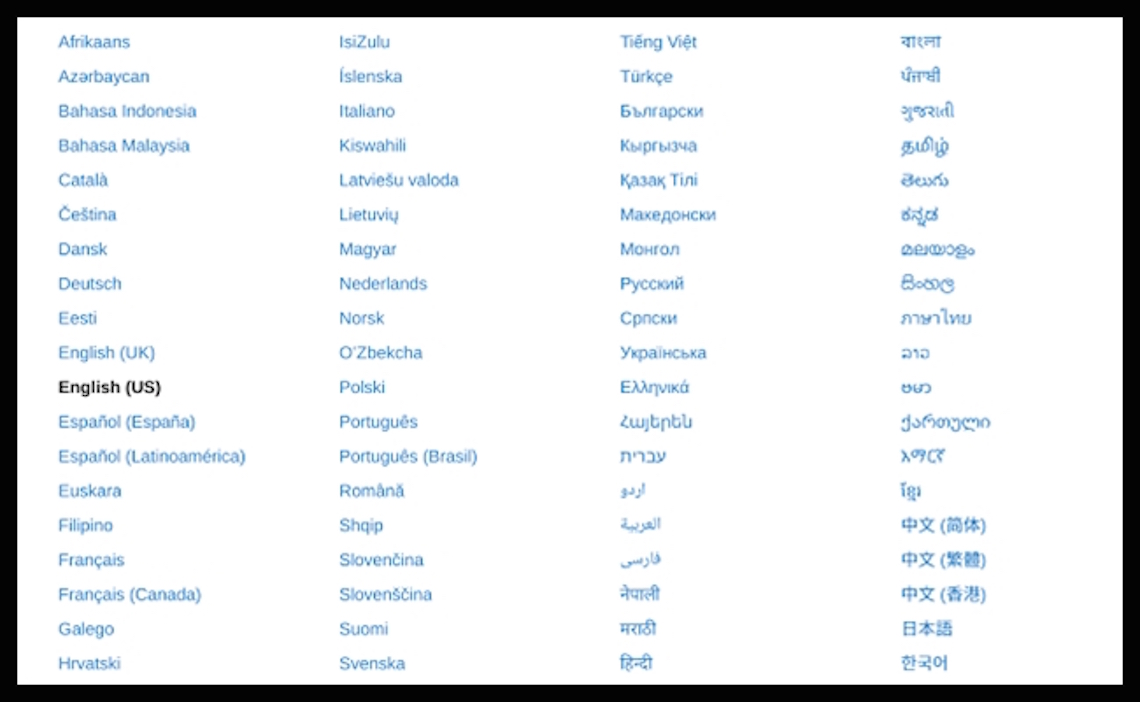 YouTube is the most popular video sharing site in the world, and with its newest update, it will be able to rein in more fans from around the globe. It has announced support for 15 new languages, many of which appeal to viewers in Central and South Asia.

A YouTube representative noted that the 15 new languages are the most the site has ever added at one time. A post on YouTube’s Google+ page reveals the new options: Azerbaijani, Armenian, Georgian, Kazakh, Khmer, Kirghiz, Lao, Macedonian, Mongolian, Myanmar, Nepali, Punjabi, Sinhala, Albanian, and Uzbek. The addition of the South Asian languages is particularly notable given YouTube’s expansion into countries like India, where Google recently hosted a YouTube FanFest event.

The 15 new languages join the 61 others already available on YouTube, which offers everything from Afrikaans to Catalan. The site now covers 95% of the Internet population, but unfortunately, its support for Pirate has not yet been added.

To change your language on YouTube, simply scroll to the bottom of any video page.