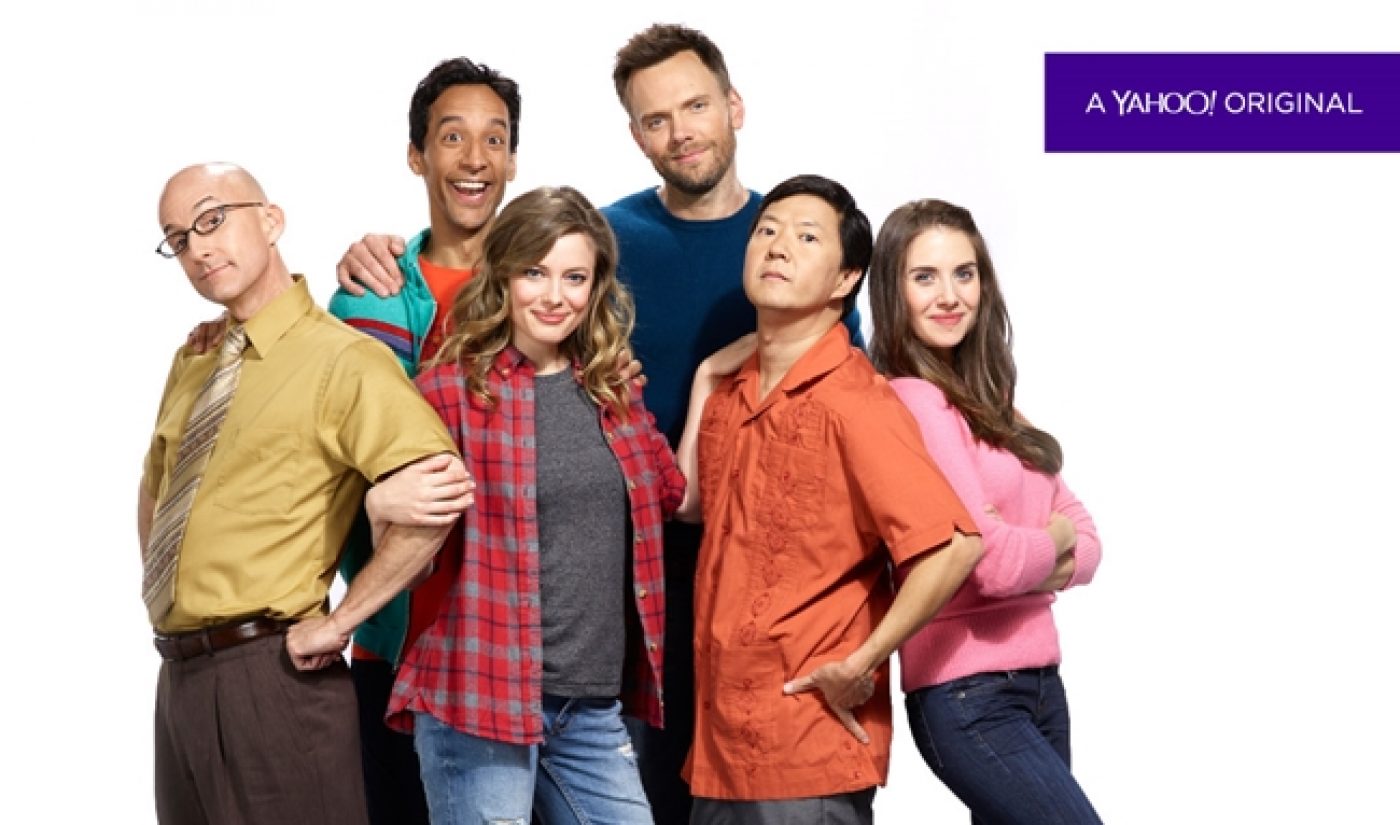 Nearly a year after it aired its final episode on TV, Community has arrived online. The first two episodes of the sixth season of Dan Harmon‘s acclaimed sitcom are now available on Yahoo Screen, which revived the show after NBC cancelled it last May.

The sixth season of Community returns viewers to Greendale Community College, where Jeff Winger (Joel McHale) leads a group of misfit students. While the show has a new home and some new cast members, the sixth season is intended as a return to Community‘s roots. Here’s how Harmon explained it to The Hollywood Reporter:

“The philosophy for season six was really to make it have a season-one feel. In season one, we really tried to get outside one of the five days of the week for the episode so the show would feel like you were in reality and not some Saved by the Bell lockdown. As episodes went on and my unprofessionalism kept us late with scripts, that was the first thing to go though. So this year we are getting outside more, but it’s the same Community fans have come to know and love. We didn’t want to all of a sudden start changing things just because we could — like ‘Oh, we’re on the Internet now. We can curse; we can make 15-minute longer episodes; we can go crazy!'”

The new episodes (which will arrive each week) can be accessed from Community‘s Yahoo Screen homepage. They aren’t available for embedding, but if you want a taste of the upcoming episodes before digging in, here’s the show’s season six trailer:

If you need more info, The Hollywood Reporter has shared ten specific details about the upcoming season. On the other hand, it might be best to dive right back into Greendale; judging from the early reviews, these new episodes will leave fans satisfied.