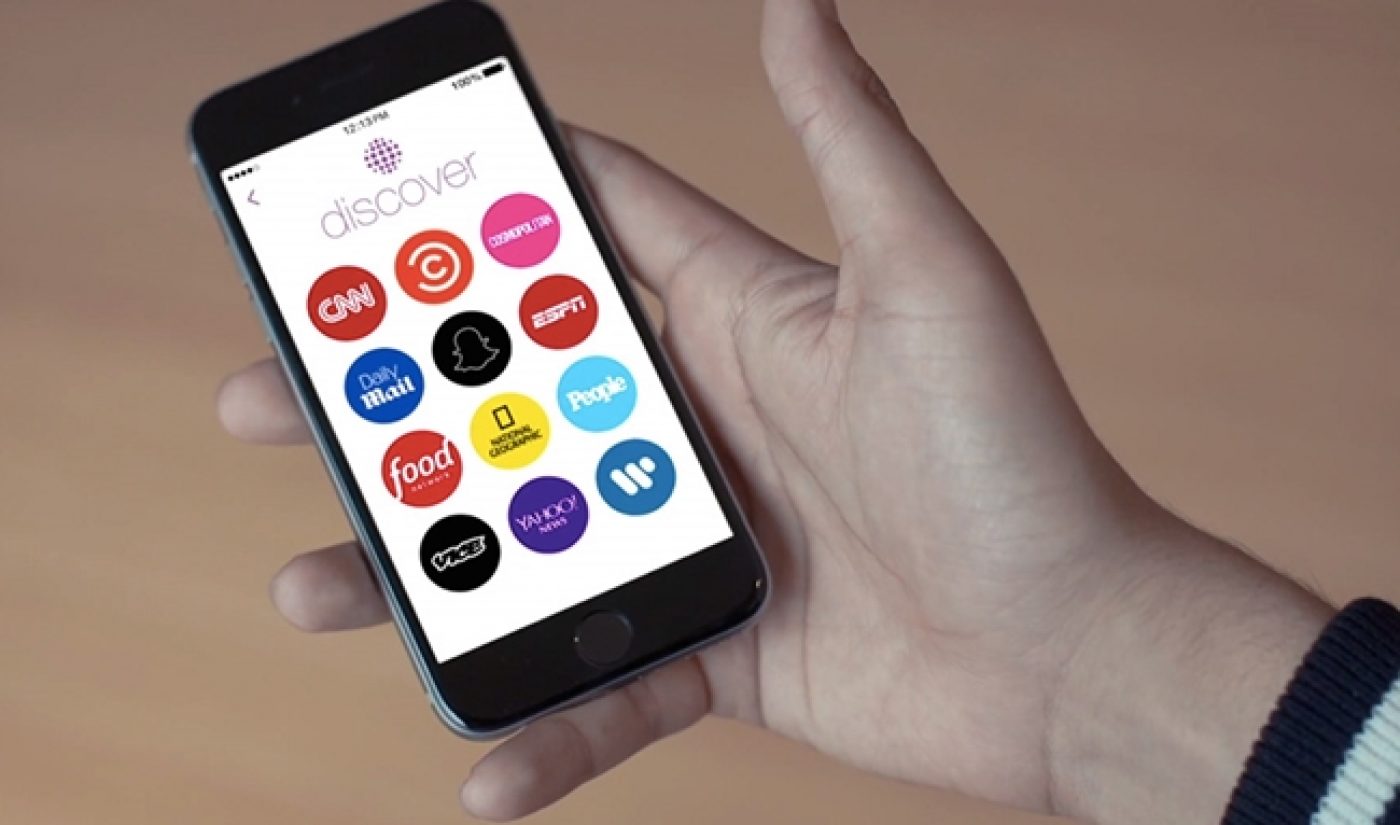 Want to know why Alibaba invested a reported $200 million in Snapchat? The app’s ad rates provide ample reasoning. According to a report in Recode, ad inventory within the messaging service’s Discover section is going for $100 CPM (cost per thousand views), a number that, if accurate, far exceeds rates on other online video platforms.

Recode cites industry sources who claim each impression on Discover costs about ten cents. For comparison, that’s double the $50 Vessel has promised its creators for each thousand views, and it exceeds YouTube’s average ad rate by an even larger margin. Those sort of direct comparisons are very crude, but the bottom line is that Snapchat’s publishers are raking in a lot of income. When you factor in guaranteed view counts that reportedly range between 500,000 and one million impressions per day, it comes out to a daily revenue between $50,000 and $100,000 per publisher.

Discover, which first launched in January, features content from a handful of top brands. Some let Snapchat sell ads in exchange for a larger cut of the revenue, while others, like ESPN, sell the ads themselves.

Recode postulates that Snapchat’s high CPMs are largely a result of the platform’s young age. Advertisers and publishers are still trying to “identify a proper balance,” which causes ad rates to fluctuate. Also, if ads don’t reach their guaranteed impression counts, which is more likely on Snapchat Discover than on a more established platform like YouTube, advertisers get to extend their campaigns for a longer period of time. According to one of Recode’s sources, that situation has applied here.

Even with those caveats in place, Snapchat’s ad rates are still very impressive. Advertisers believe the ephemeral messaging platform is a great place to target young consumers, and for that reason, expect the ad dollars to continue flowing.