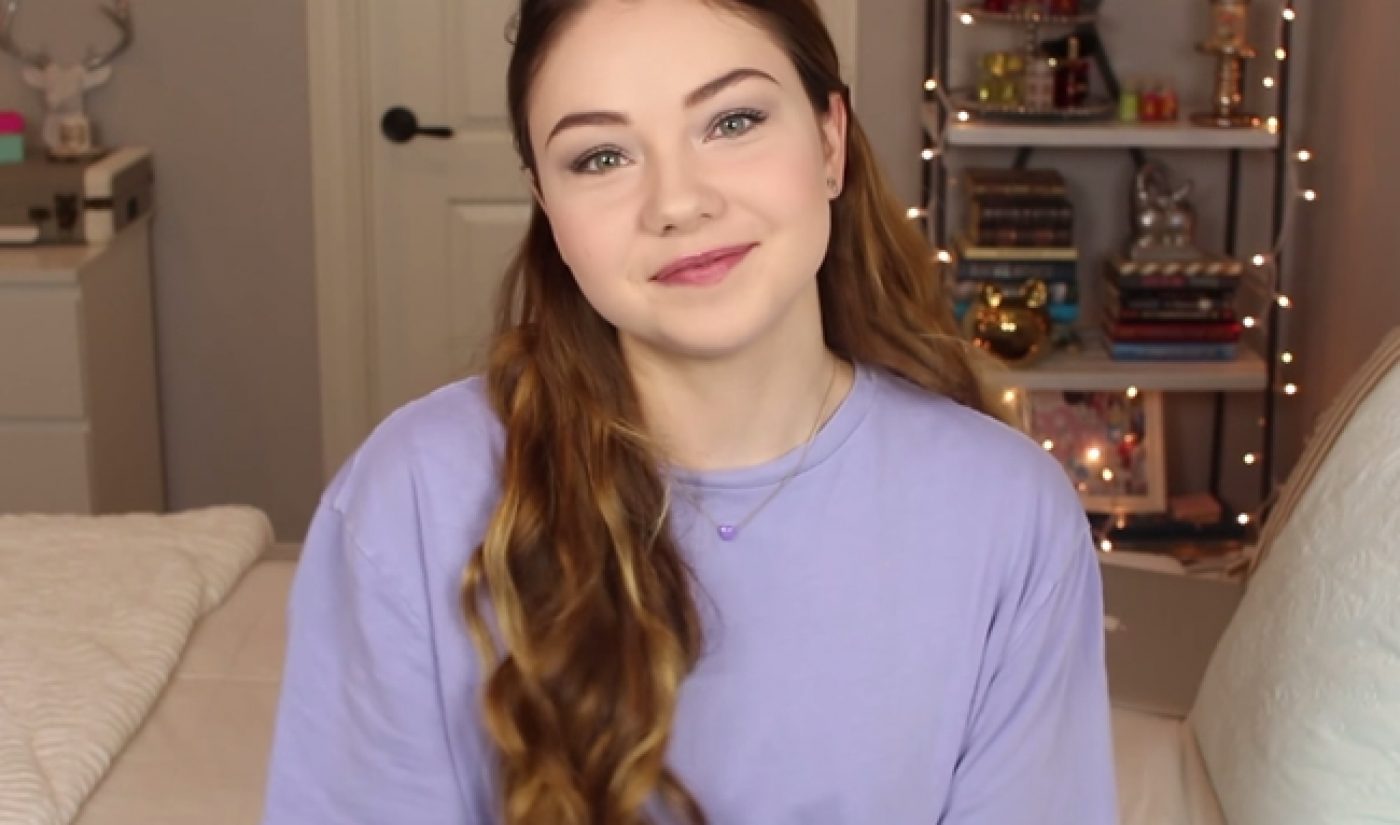 Three weeks after it introduced seven new creative partners, Collective Digital Studio has brought another one of YouTube’s most popular personalities into its network. Meredith Foster, who releases beauty, fashion, and lifestyle videos on her StilaBabe09 channel, is the latest addition to the CDS talent roster.

The 19-year-old Foster, who was previously partnered with the StyleHaul network, has emerged as one of YouTube’s brightest beauty gurus. She has amassed more than 3.2 million subscribers while scoring nearly 230 million views. Her new videos routinely approach seven-digit view counts:

Foster has also hosted content on other channels; last year, she starred in a web series called DIY Your Life. By joining the CDS network, she’ll open up many more collaborative possibilities; for example, CDS runs ilovemakeup, a beauty channel funded by Bobbi Brown.

“I’m looking forward to creating fresh, new videos on my channel, along with developing original series for my viewers and new audiences,” said Foster in a release. “I was impressed with Collective Digital Studio’s strong relationships in the beauty and lifestyle space, along with their ability to work alongside top creators to produce excellent content, and am excited about this new partnership.”

“We’re extremely impressed with how Meredith has built an already stellar brand, and we will be focused on helping her accelerate this growth,” added CDS President Dan Weinstein. “She will be an important centerpiece of our beauty and lifestyle initiative, as we look to build larger multi-platform beauty franchises, brand deals, series and partnerships in this space.”

Beyond Foster, other fashion and beauty content creators within the CDS network include Weylie Hoang, Lauren Curtis, and Blair and Elle Fowler. In total, the network includes more than 900 channels that combine to score more than a billion views each month.