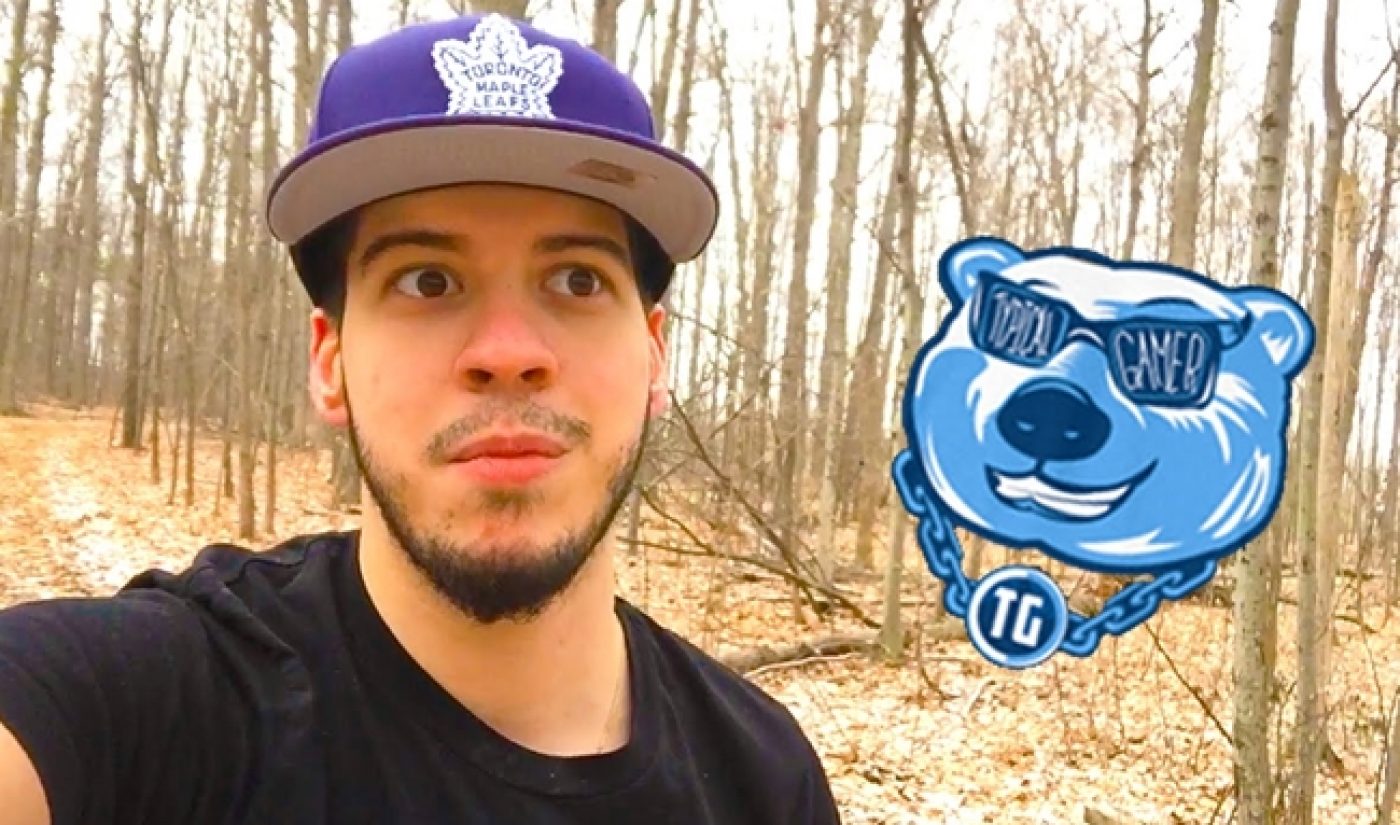 Don’t let TypicalGamer‘s YouTube handle fool you–his personality is anything but. The fun-loving YouTuber, whose real name is Andre, has built a dedicated following and surpassed one million subscribers. TypicalGamer, who often focuses on Grand Theft Auto, guides his fans through long-form videos that are both engaging and funny. Here’s what the BroadbandTV partner had to say about his online success:

Tubefilter: How does it feel to have one million subscribers? What do you want to say to your fans?

TypicalGamer: AMAZING!!! It feels absolutely amazing to create content compelling enough for 1 million people to hit the little red subscribe button. I honestly cannot even fathom that many people visually, which makes it even more incredible. With that being said, none of this would have been possible without the amazing support of my fans. I want to extend a huge thank you to everyone who subscribed, pressed the like button on my videos, shared them, and followed me on my social media! All of the support, no matter how small or big, has helped so much in achieving this truly awesome goal and I am just so grateful to have the amazing support of everyone involved.

TF: Why the name “typicalgamer” — what inspired that?

TG: The truth is, my brother came up with the name. I am almost always the worst person to come up with creative names, and the names I had decided on before Typical Gamer were pretty horrible. My brother suggested it way back in 2009 and I really liked it. I checked, and all the social media sites had the name available, so I decided it would be my name going forward. I’m really, really happy that it was the name I stuck with. Thanks Billy! 🙂

TF: Recently, you’ve only uploaded Grand Theft Auto-related videos. Was there a particular reason you decided to focus on GTA?

TG: Honestly, I love the Grand Theft Auto series and GTA 5 is my favourite game. Also, playing GTA is where I gained most subscribers and, naturally, most of subscriber base really enjoys these types of videos. It’s a win-win situation, since I love to play the game and lots of awesome people love to watch it!

TF:  Your top two most-viewed videos are free play sessions in GTA V. Why do you think these attracted so many views?

TG: These videos, which are usually 1-2 hours in length, tend to have the most views because it feels like you’re watching a friend playing the game. I usually have the face cam on the screen and try to be as entertaining as possible by creating and going on adventures, making new inside jokes, and showing everyone a lot of the fun things that you can do in the game. These videos are also great for those on the edge of purchasing a game. They use my gameplay and commentary to see if it is something they may enjoy.

TG: Doing YouTube full-time is an absolute dream job for me and I’m very, very happy that it’s something I am able to do. The hardest part though, which others may not take time to consider, is time management. YouTube becomes a lifestyle to anyone doing it full-time as a job. From the time you wake up to the time you go to sleep, you constantly have YouTube on your mind and you can never, ever run out of things to work on.  You constantly have to update social media, upload videos, and be as energetic as you can for videos and livestreams, which can be very tiring and leave little time for social outings and other things you have to do. BUT, I wouldn’t trade it for anything in the world… I love it! 🙂

TG: Personally, I can’t wait to see when GTA 5 goes live for PC, because of how creative people get with mods, as we saw with previous GTA games. I would like to see a better definition of fair use for gaming on YouTube, an overhaul of the YouTube Copyright strike system, and more protection for YouTube content creators.

TF: If you could start a brand-new channel, what would it be about?

TG: Good question! The thing is, I am starting a brand new channel! It’s currently called “Typical Gamer 2” (the name is a bit of a work in progress) and it’s going to be another gaming channel of mine where I upload a wide variety of games and Let’s Play videos of games. Now, if I were to veer off of the whole gaming category, I would probably start an adventure channel or a vlogging one, BOTH of which I plan to do on my main channel very, very soon!

TF: Which YouTuber would you want to collaborate with at some point in the future, and why?

TG: I love to and have collaborated with a lot of amazing YouTubers. I’ve been collaborating a lot with my friend HikePlays (AKA Hike The Gamer). We do livestreams on YouTube, which have been awesome. We tend to bring on a bunch of great YouTubers and I would love to continue to collaborate with a lot more like-minded people.

TG: I always have tons of fun things planned! The biggest thing right now is finishing my special 1,000,000 subscriber video which involves lots of real world things. You’ll have to wait and see the published video to understand why it’s so awesome. Other than that, I have my second channel that is going to be released soon, my apparel shop that is soon to be released, and a lot more adventure/vlogging videos in the very near future.