Michelle Obama, Big Bird Join “Billy On The Street” On Funny Or Die 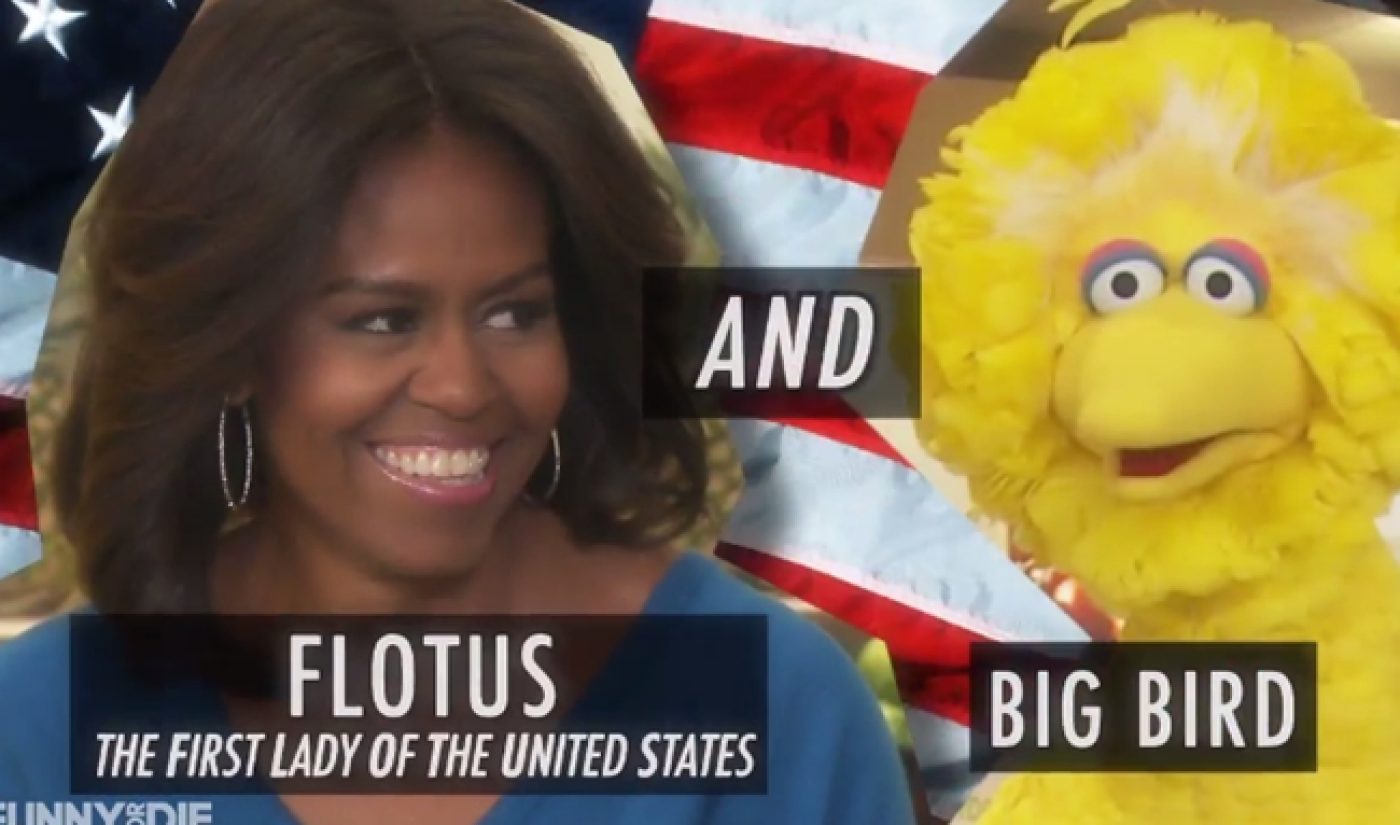 The White House continues to understand the power of web video as a tool for reaching young voters, and the latest collaboration born from that understanding brings the First Lady to an unusual game show. Michelle Obama was a guest on Billy Eichner‘s Billy On The Street series, where she played a game called “Ariana Grande or eating a carrot” alongside Big Bird.

The video is live on Funny or Die, which produces Billy On The Street for TruTV and the Internet. The First Lady joined Eichner to promote Sesame Street’s Eat Brighter! campaign, which teaches kids the importance of a healthy, balanced diet. That is one of FLOTUS’ favorite topics, and she’s discussed it on Funny or Die before. She previously had a cameo in Snackpocalypse, a short video about nutritious snacking that starred Chloe Grace Moretz.

This time, she stands in the produce aisle of a supermarket and serves as one of the contestants on Eichner’s high-energy game show, which combines pop culture, vegetables, and unclear questions. Big Bird gets to be a contestant, too, though he doesn’t have too much to contribute. He does, however, appear to know quite a bit about The Facts of Life.

Billy On The Street spent two seasons on Fuse before moving to TruTV in 2015. Eichner is also a co-creator and star of Difficult People, an upcoming sitcom that will debut on Hulu.

Between Barack’s rendezvous with Zach Galifianakis and Michelle’s supermarket soiree with Eichner, the Obamas are getting to know Funny or Die well. Believe it or not, the comedy site is now a potent political tool, and the Billy on the Street episode is the latest proof.