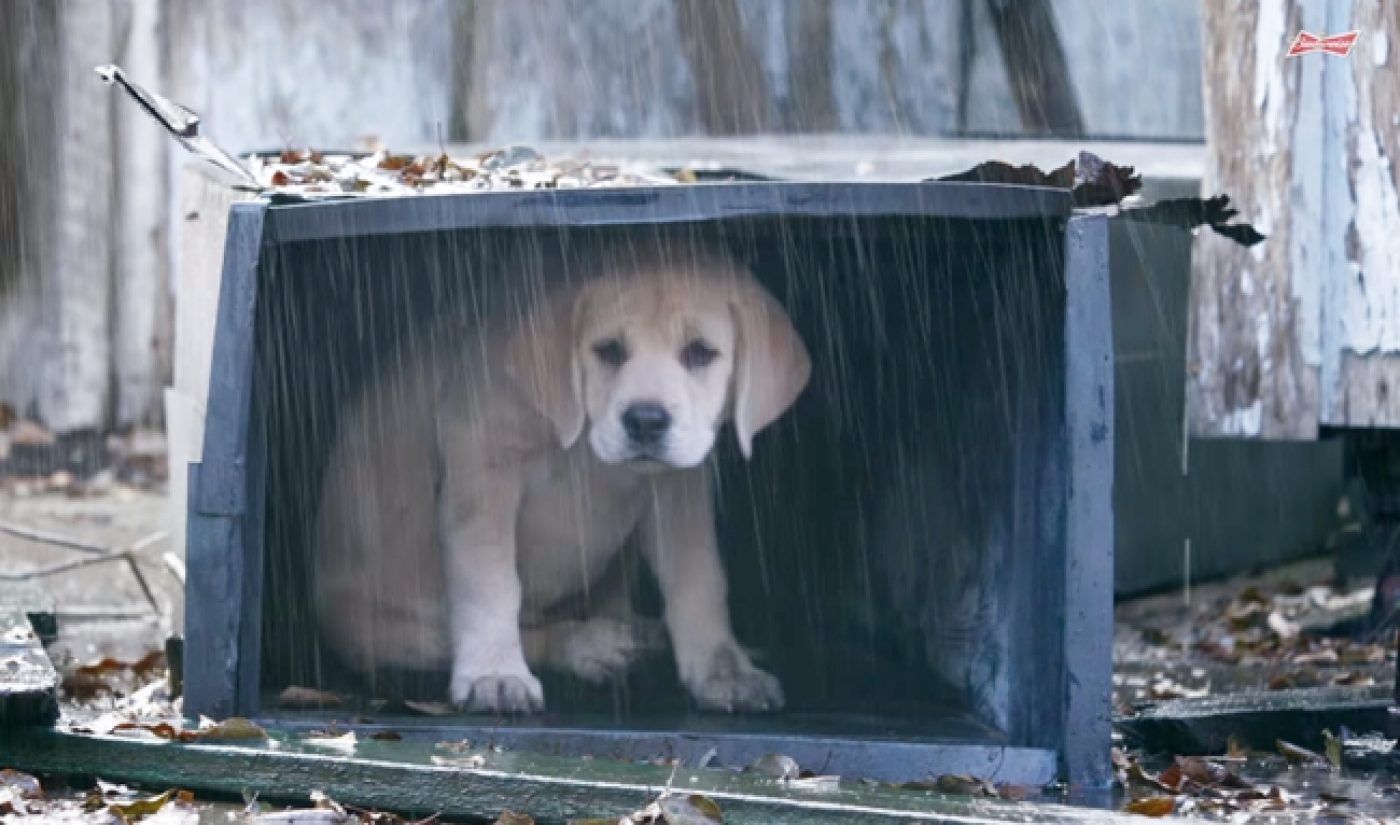 For the second year in a row, Budweiser used puppies to “win” the Super Bowl. The beer company’s “Lost Dog” ad scored more pre-game YouTube views than any other Super Bowl commercial, and it also earned the top spot on Hulu’s AdZone.

The “Lost Dog” ad features a cute puppy, a farmer, and a few of the Clydesdale horses that always make an appearance in Budweiser’s Super Bowl commercials. Stylistically, it is similar to the beer brand’s “Puppy Love” ad, which was the most-viewed spot of last year’s Super Bowl and has received 56 million views to date.

“Lost Dog” has performed similarly well. Since it was uploaded to YouTube on January 28th, it has received more than 21 million views. Other popular Super Bowl ads on the world’s biggest video sharing site include T-Mobile’s Kim Kardashian ad (13.5 million views), Bud Light’s Pac-Man ad (13.1 million views), and No More’s chilling PSA about domestic violence (5.6 million views). All of the ads from the Big Game can be watched on YouTube’s Adblitz channel, where viewers can still offer their ratings for each spot.

Over at Hulu, viewers voted for their favorite Super Bowl ads via the AdZone channel. “Lost Dog” took the top spot there, too, but Hulu users also picked winners across five different categories:

Ads That Will Move You: Coca-Cola – “#MakeItHappy”

AdZone, sponsored by Toyota, also offers a complete library of this year’s Super Bowl commercials. As far as I’m concerned, this one isn’t getting nearly enough credit, but then again, it’s hard to compete with cute animals.