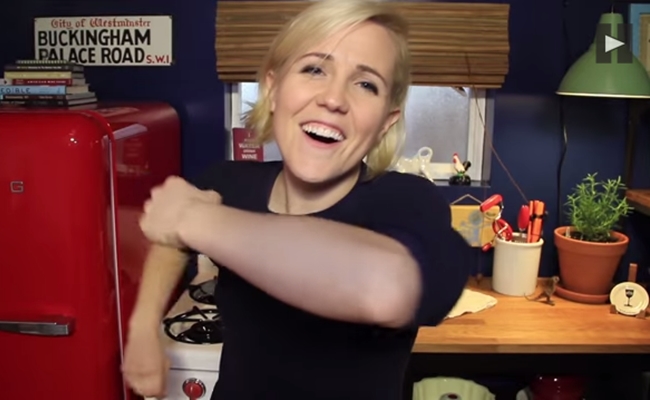 YouTube’s comments section is usually a cesspool of spam, hatefulness, and misogyny, but Hannah Hart and Coca-Cola are trying to clean that mess up. The host of My Drunk Kitchen teamed with the soda brand for #MakeItHappy, a campaign that asks multiple YouTubers to comment on their comments.

Beyond Hart, four more of YouTube’s leading ladies–Jenna Marbles, Lilly Singh, Colleen Ballinger, and Mamrie Hart–agreed to participate in the video. In true Jimmy Kimmel Live fashion, they each read a mean comment from one of their videos and react accordingly. Hart then turns the tables on her three guests by presenting each of them with a supportive comment. The conclusion is simple and clear: If you’re going to comment on YouTube, don’t be a jerk about it.

Coca-Cola’s combined #MakeItHappy efforts have already notched more than 1.5 million views online. Hart’s contribution to the campaign has an unfortunate lack of “Everybody Hurts,” but even so, we will still commend her for somehow finding a way to turn the YouTube comment section into a positive place.