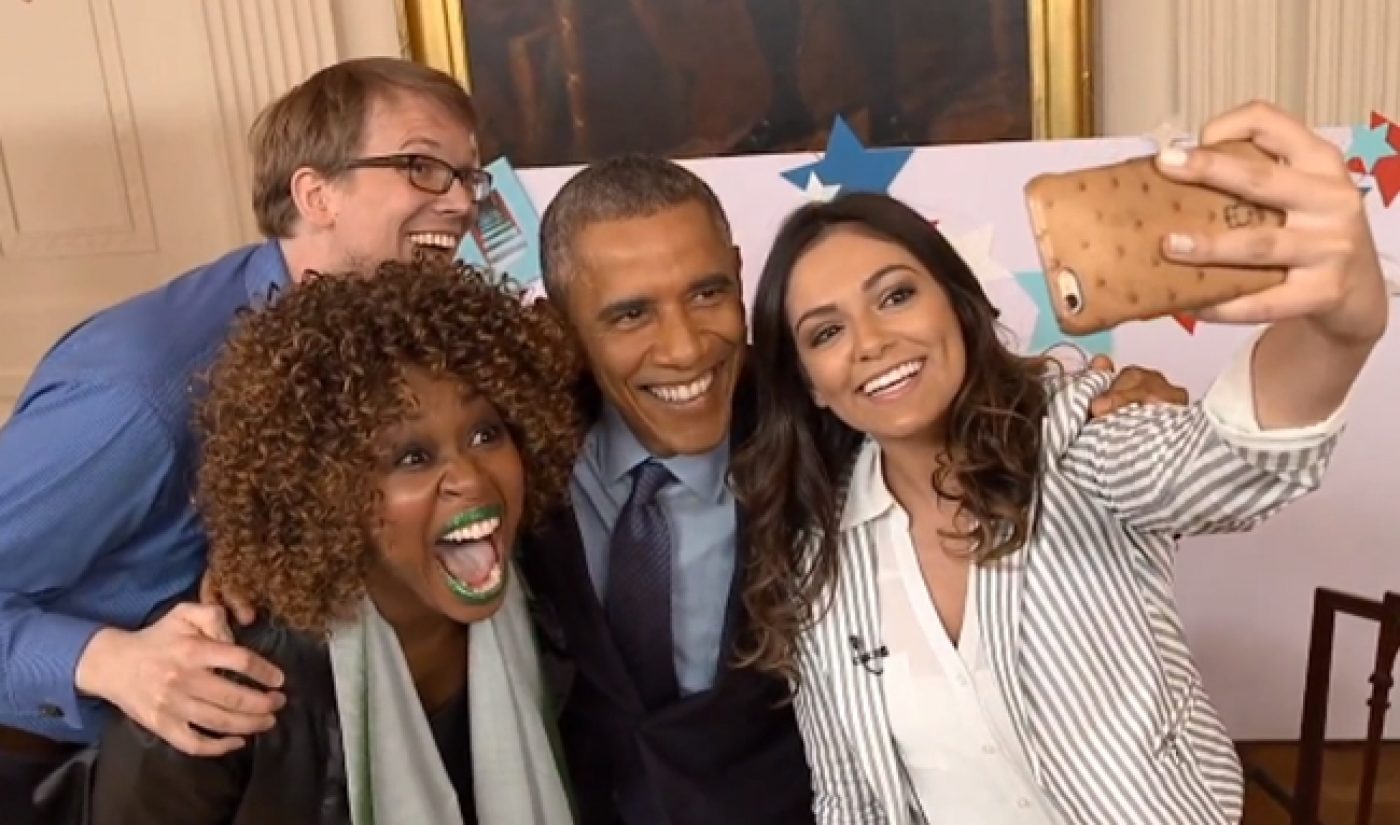 During the 46-minute event, the three content creators fired an assortment of questions at the President while engaging with viewers from around the world. Ultimately, the interview scored more than 88,000 concurrent viewers, generated more than 705 million impressions on for the #YouTubeAsksObama hashtag on Twitter, and drew a varied response from the media.

The three interviewers each focused on the topics most relevant to them. Green about North Korea and about the feasibility of the President’s political goals, GloZell asked him to discuss the relationship between minority communities and the police, and the 19-year-old Mota spent some time grilling him on the cost of a college education. The interview ended with the selfie pictured above, which YouTube quickly posted on its Twitter feed.

YouTube’s latest foray into the White House drew plenty of responses from the media. Many outlets focused on GloZell, who called Michelle Obama the President’s “first wife” and said Fidel Castro “puts the ‘dick’ in dictator.” Both CNN and Mashable dubbed the spectacle “weird,” while The Washington Post commented that “it definitely felt different than most high-profile presidential interviews.” Mediaite, on the other hand, praised the three YouTubers for their “serious and thought-provoking questions.” Vox went completely off the map to talk about the ASCII Illuminati symbols in the comments. I’m pretty sure those commenters were just trolling, Vox. And Fox News’ response was classic Fox News.

The interview was definitely a little weird, but not aggressively so. In comparison to YouTube’s previous attempts to capture a more traditional TV audience, such as its Comedy Week live show and its Music Awards, the Presidential interview gave off a much more polished, professional vibe. Some of the questions addressed topics like drone strikes and the Boko Haram attacks that often don’t get the coverage they deserve.

Green, GloZell, and Mota received a rare privilege, and they made sure not to squander it. Their time with the President was as informative as a political interview can be while still appealing to the YouTube audience. The three interviewers all brought their big personalities to the table without overdoing it. For those of us who want the YouTube community to command respect among traditional media consumers, #YouTubeAsksObama was a surefire win.