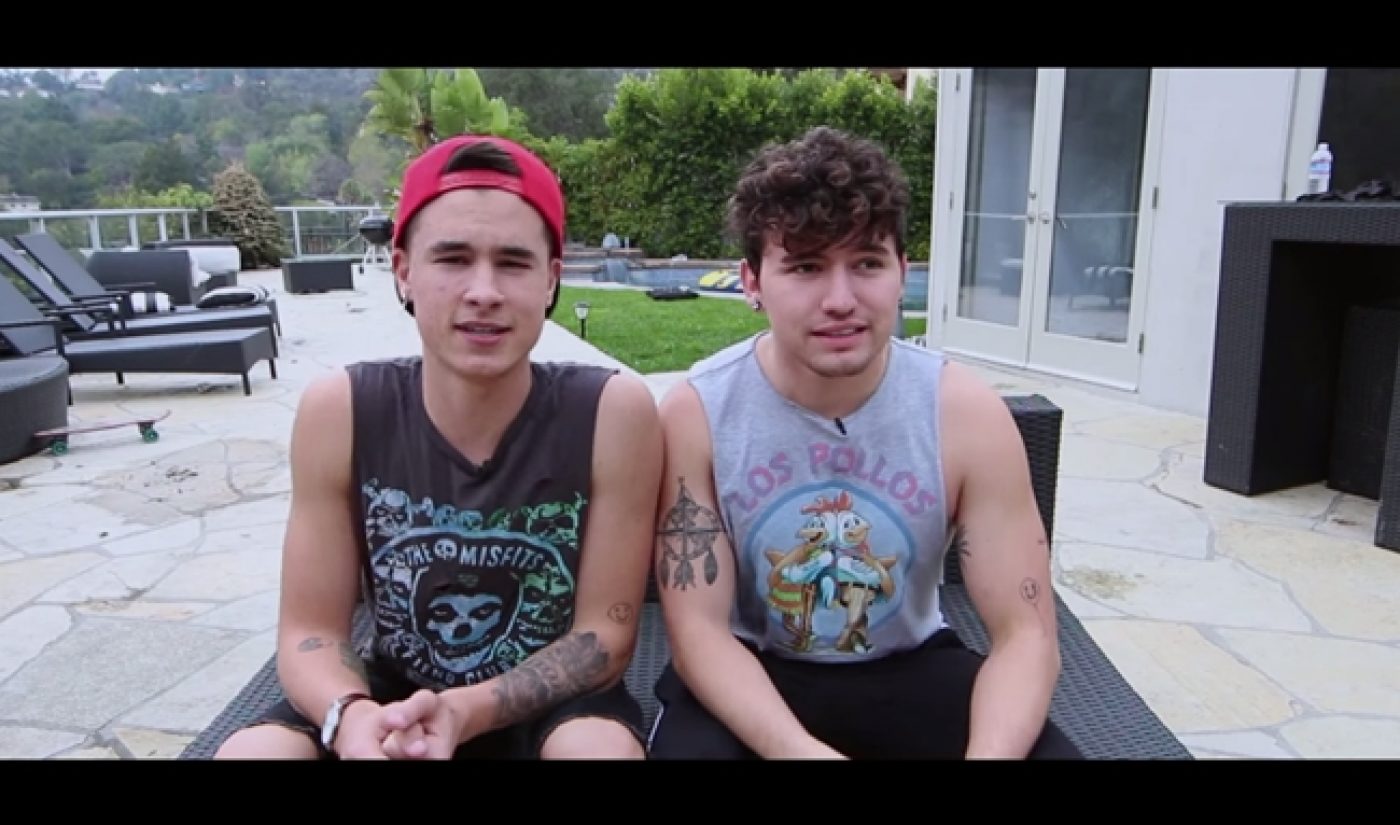 At the end of 2014, Our2ndLife–a YouTube supergroup made up of five popular vloggers–released its final video. Three weeks later, two of those vloggers have teamed up once again with a new channel of their own. Kian Lawley and Jc Caylen have launched KianAndJc, a collaborative effort that has already snapped up more than half a million subscribers.

Aside from Connor Franta, who was originally a member of Our2ndLife before departing the group in July 2014, Caylen and Lawley were arguably the most popular members of Our2ndLife. Lawley’s 2.4 million-strong subscriber count and Caylen’s two million-plus count are higher totals than fellow O2L members Ricky Dillon, Trevor Moran, and Sam Potoroff.

On their new channel, Caylen and Lawley have already put their popularity to use. On January 12th, they posted the first of seven videos counting down the days until they would launch their new channel. Over the next week, they picked up hundreds of thousands of subscribers, and on January 19th, they fulfilled their promise by posting a vlog where they asked each other personal trivia questions and punished wrong answers with a painful waxing penalty:

Don’t be fooled by the light nature of this first video; Lawley and Caylen have their sights set on larger accomplishments. According to Fullscreen, which is partnered with both members of KianAndJc, the new channel will feature collaborations with YouTubers and traditional media stars as well as weekly cinematic short films. Like many other YouTube stars, Lawley and Caylen are interested in jumping to traditional media, and with their new channel, they have set up a stage on which they can display their appeal.