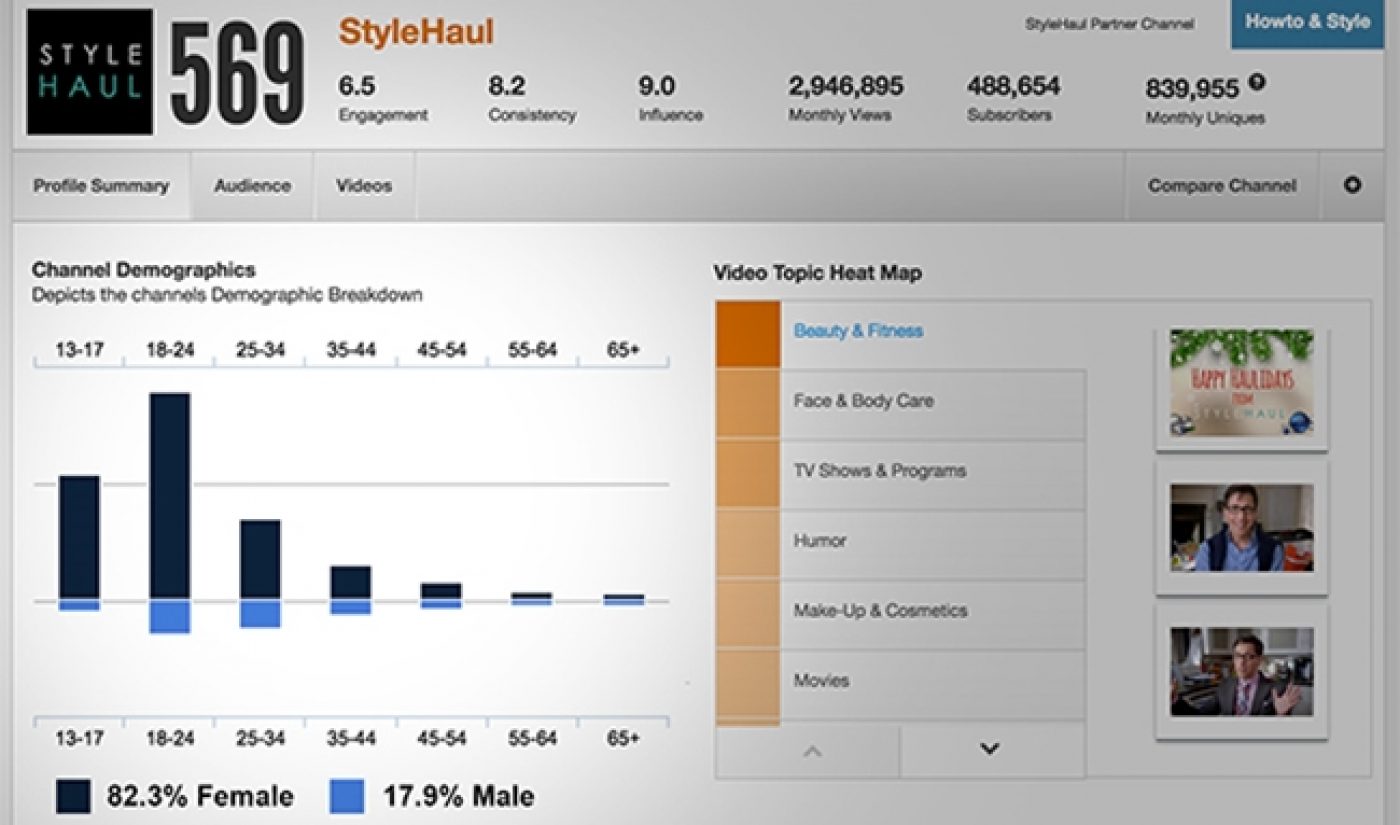 Outrigger Media‘s OpenSlate platform is a valuable tool for advertisers and analysts who are looking to track YouTube channels and figure out on which of those channels they should spend (a growing portion) of their advertising budgets. Now, thanks to a new funding round and a pair of announcements, OpenSlate’s offerings will become far more expansive.

Outrigger Media has announced $5.2 million in new financing. At the same time, it has brought demographic data to OpenSlate, and those numbers will be put to work in a new product called OpenSlate Select.

The $5.2 million comes from investment groups like StarVest, Spring Mountain Capital, Fisher Capital Investments, and others, according to a press release. With its newly-raised cash, Outrigger plans to expand the number of video distribution platforms measured by OpenSlate, while also bringing the analytics platform to new international markets.

On the same day it announced its new funding, Outrigger also showed off its new demographic initiative. As seen in the above image, the new statistics are capable of breaking down individual YouTube channels by age and gender across industries, subject matters, and a 1,500-line taxonomy defined by data from Google Search. This provides key information for advertisers who are looking to target specific consumers on the web, and it combines well with OpenSlate’s other statistics, including its proprietary SlateScore metric.

OpenSlate is getting the vast majority of this data directly from the YouTube channels themselves. Outrigger CEO Mike Henry notes the platform is tracking all 250,000+ ad-supported channels on YouTube and many of them have authenticated with his service, giving Openslate direct access to their viewership metrics and demographics.

“With OpenSlate Select, advertisers can now buy against the breadth of YouTube based on their specific definition of content quality, brand safety, and subject matter expertise, as well as a guarantee that their message is reaching its target audience,” said Henry in the release.

And for its services and trouble, OpenSlate collects a check from advertisers that uses its product commensurate with how big and how refined an advertising campaign they run. “We get paid a CPM for the use of our data and its targeting capabilities,” explained Henry over the phone. “It’s in the $1 to $2 range and varies based on how targeted is the campaign.”

OpenSlate’s data already powers a great number of YouTube-based analyses, including our own Tubefilter charts. With fresh capital, additional metrics, and a new service in tow, OpenSlate is primed to expand its user base even further.