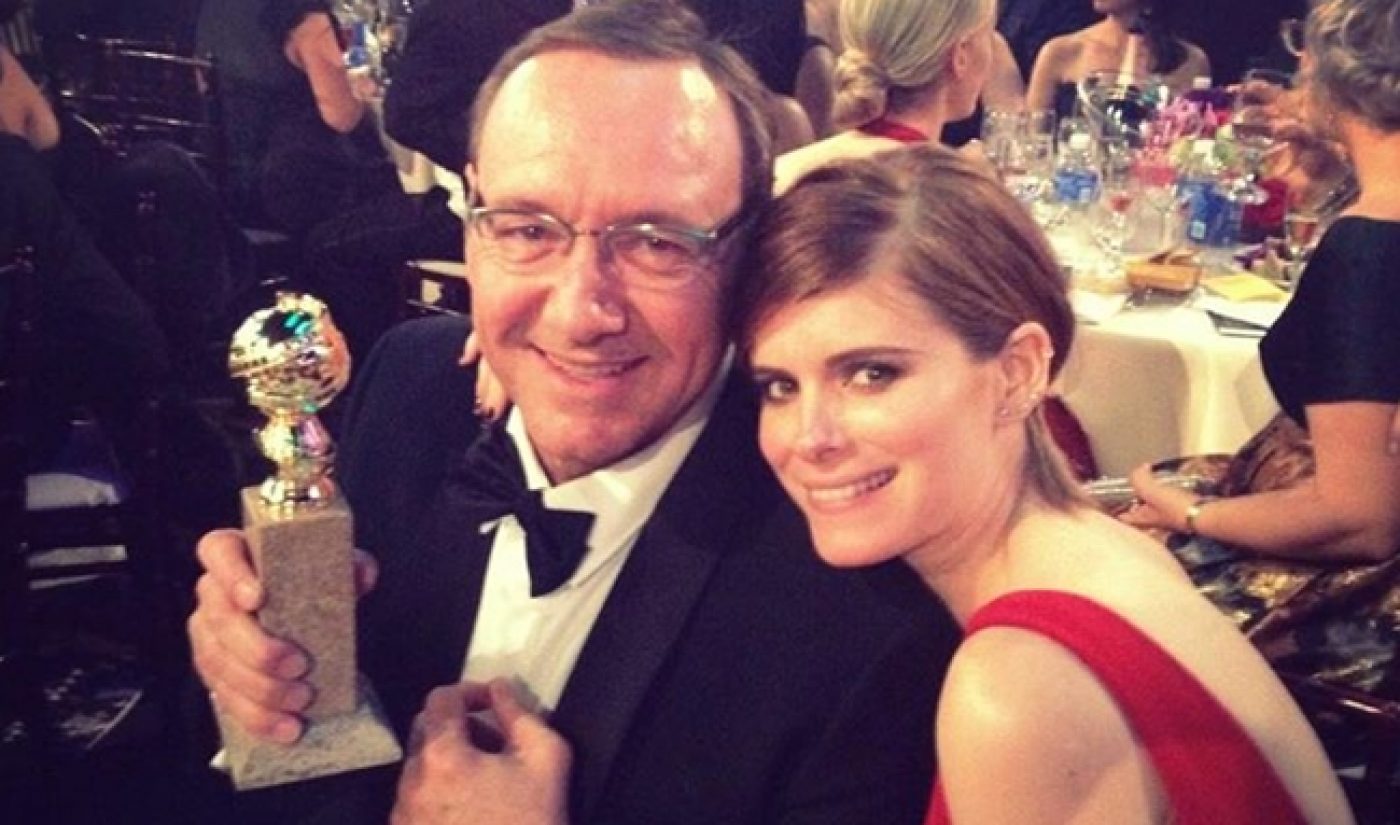 On the day after the Golden Globe Awards, much of the discussion has concerned the rise of online video distributors. While the four major networks were completely shut out of major awards, Netflix and Amazon each scored big wins. Most significantly, Amazon’s breakout hit Transparent won Best TV Series – Comedy or Musical and Best Actor – Comedy or Musical for its star Jeffrey Tambor. On Netflix’s side, Kevin Spacey won Best Actor – Drama for his role in House of Cards.

The win is particularly significant for Amazon. Transparent‘s Golden Globe nominations were the platform’s first ever award nods, and by picking up two wins, the online retailer-turned-video on demand platform took a big step forward as it looks to challenge both Netflix and traditional TV networks.

And the winner is… Amazon.

In 2013, House of Cards won an Emmy for director David Fincher, but this win was Spacey’s first ever victory for his portrayal of scheming politician Frank Underwood. The acclaimed actor had previously lost seven times at the Golden Globes; most notably, neither of his two Oscar-winning performances–in the films The Usual Suspects and American Beauty–earned him Golden Globes. “This is the eighth time I’ve been nominated,” he said during his acceptance speech. “I cannot f—ing believe I won.”

Beyond this win, Spacey will soon make a case for more plaudits when House of Cards returns for its third season on February 27th. Transparent has also been renewed, though the debut date for the dramedy’s second season has not been announced.