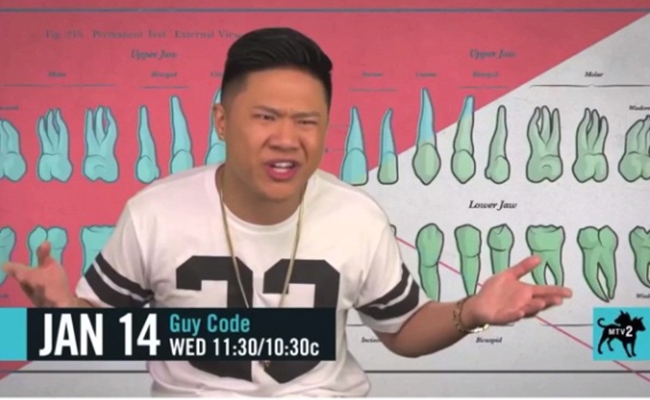 The fifth season of Guy Code begins on January 14th on MTV2, and one of the reality show’s new stars is a guy who has established a solid career for himself both online and off. Timothy DeLaGhetto, who has more than 2.6 million subscribers on YouTube, will spill some male secrets by joining the Guy Code cast.

On Guy Code, cast members–including comedians like Pete Davidson and personalities like Charlamagne Tha God–share the protocol for social interactions among men. The series has become a big hit for MTV2, and DeLaGhetto (real name Tim Chantarangsu) will fit in well, as some of his most popular videos talk about the differences between men and women.

DeLaGhetto has already established himself as a familiar face on MTV2. He is also a cast member on Wild N Out, where he has spent the last two seasons dissing Nick Cannon and his cadre of celebrity guests. The other new cast member on Guy Code, Akaash Singh, has a gig on Wild N Out as well.

The first episode of the new season of Guy Code will go down on Wednesday, January 14th at 11:30 PM EST on MTV2.