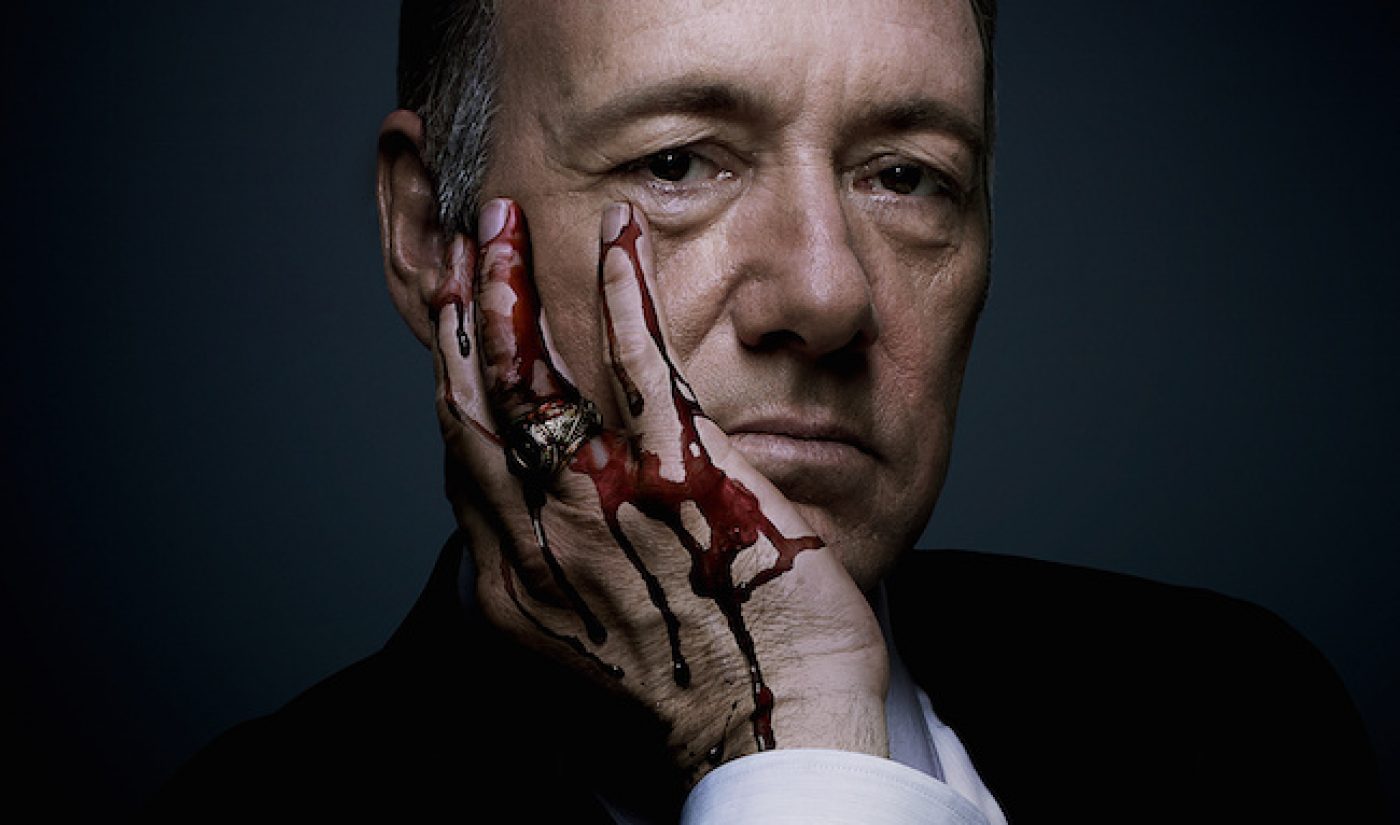 In the midst of the 72nd Annual Golden Globe Awards ceremony on Sunday, January 11, 2015, Netflix dropped the first official trailer for its impending third season of its hit series House of Cards.

The 45-second clips hit YouTube, Facebook, and Twitter at around the same time the show’s star, Kevin Spacey claimed his first trophy from the Hollywood Foreign Press Association after being nominated a total of eight times throughout his critically acclaimed career and before he exclaimed to the room at the Beverly Hilton and the world on television, “I can’t believe I @#$%ing won.” It was a charming statement from the shiny new recipient of the Best Male Actor in a TV Drama award, and one of the few times the entire audience laughed when third-and-last-time Golden Globes hosts Tina Fey and Amy Poehler weren’t on stage.

It was also something Frank Underwood would have never said.

The newly appointed Leader of the Free World appears as ruthless and with a resolve as steely as ever in the House of Cards trailer, explaining away any moral transgressions with semantics and the ardent belief it’s all to serve a higher purpose by way of serving himself.

13 new House of Cards episodes hit the subscription-based premium on-demand streaming video service on February 27, 2014 (so you can still celebrate a normal Valentine’s Day) all at once.

And for those keeping score at home, the trailer currently has 489,000+ views on YouTube, 2.2+ million views on Facebook, and an unknown amount of views on Twitter (though Twitter view counts may be available in the not-so-distant future). We’ll keep an eye on how those numbers shake out over the next several days and weeks, but in the meantime, it’s becoming really no surprise that Facebook Video is off to an early lead.