Researchers Use YouTube Videos To Teach Robots How To Cook 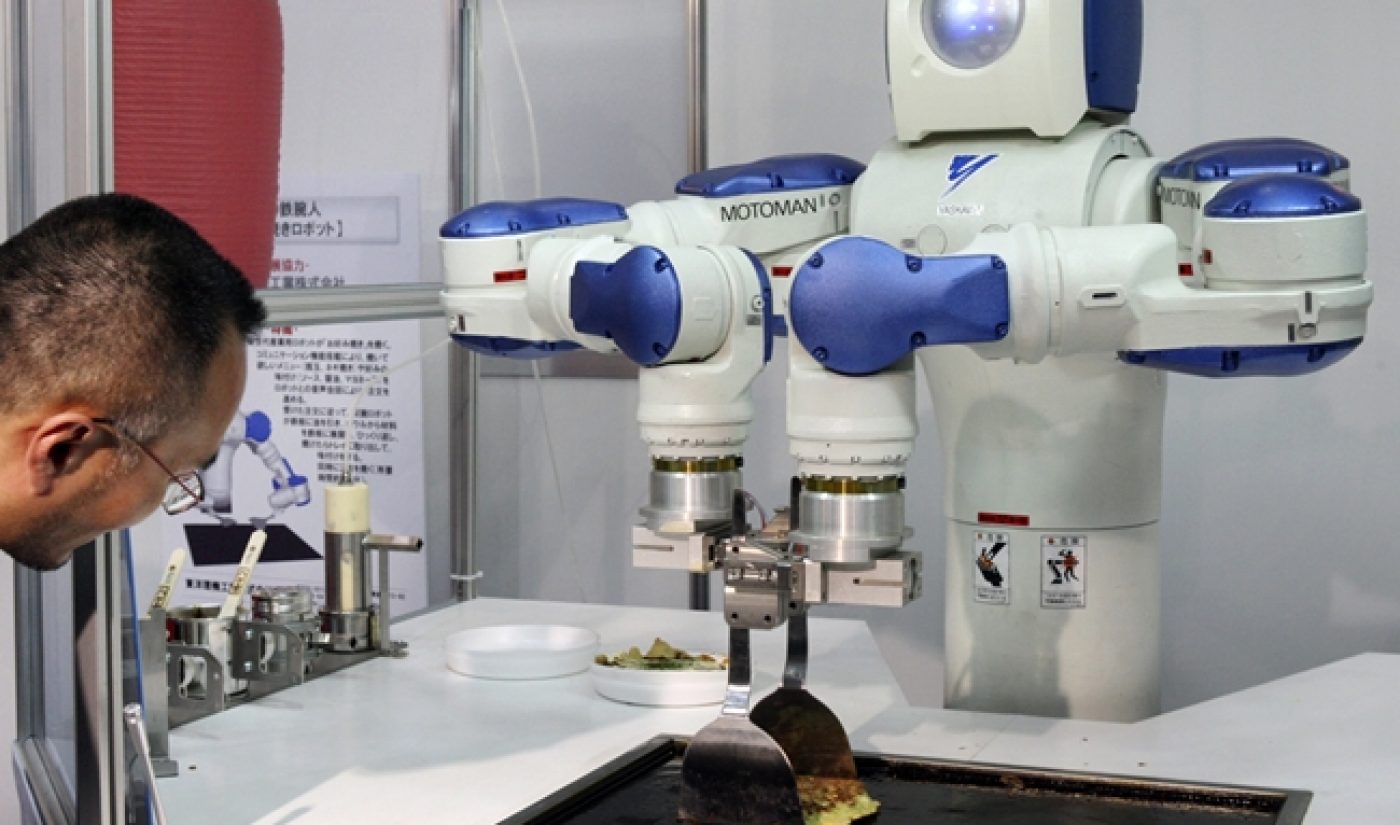 YouTube tutorials aren’t just helpful to humans. A team from the University of Maryland and Australian research center NICTA has published a paper in which it used YouTube videos to teach robots how to cook.

The 88 videos used in the experiment were pulled from the University of Buffalo’s YouCook data set. One of the videos in the set appears to be Laura Vitale‘s recipe for chocolate chip muffins:

YouTube videos have recently emerged as a valuable tool for researchers in the field of artificial intelligence. In July, a team at Cornell launched the “RoboBrain,” which learns routine human tasks by gleaning information from YouTube videos.

In the more recent study, the researchers believe their work could ultimately allow robots to watch videos on their own and act based on what they see. “We believe this preliminary integrated system raises hope towards a fully intelligent robot for manipulation tasks that can automatically enrich its own knowledge resource by “watching” recordings from the World Wide Web,” states the study.

You can read the full text of the study here.