It’s Official: You Can Rent Or Buy ‘The Interview’ On YouTube, Google Play 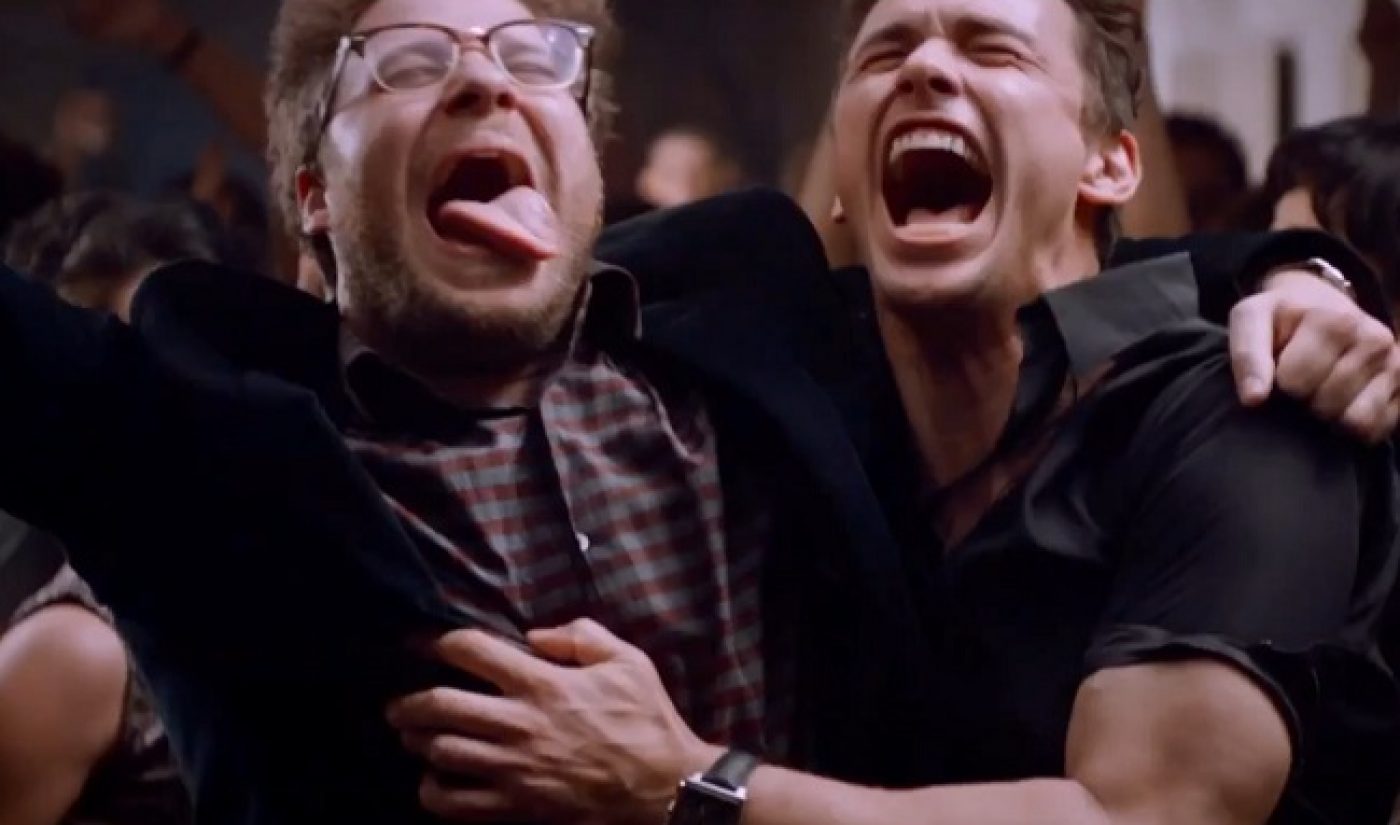 News outlets were correct when they reported earlier this morning that Google and Sony Pictures were in talks about distributing the James Franco and Seth Rogan comedy about the assassination of North Korea’s Kim Jong-un. Online users can access The Interview on YouTube Movies, Google Play, Xbox Video, and seetheinterview.com starting at 10 AM PST/1 PM EST on December 24, 2014. Renting incredibly newsworthy, but critically meh movie cost $5.99 while purchasing your own copy is $14.99.

Google made the rental/purchase announcement for The Interview via its official blog. David Drummond, SVP Corporate Development and Chief Legal Officer at Google, noted how the tech giant was “eager to help” distribute the film despite the security implications.

“Of course it was tempting to hope that something else would happen to ensure this movie saw the light of day,” Drummond wrote in the blog post. “But after discussing all the issues, Sony and Google agreed that we could not sit on the sidelines and allow a handful of people to determine the limits of free speech in another country (however silly the content might be).”

A group of hackers the FBI reportedly linked to North Korea, which was apparently displeased with The Interview’s story line, threatened attacks on any movie theaters that showed the film. Sony Pictures initially pulled the nationwide theatrical release, despite protests from celebrities, citizens, and even President Obama. But the entertainment studio eventually decided to pursue distribution options in both small theater chains as well as by way of digital means.

Now that Sony Pictures has found a way to release The Interview thanks to the help of Google, movie fans around the world will have access to the film despite the hackers’ threats. And if the flick does well on-demand and in theatres, it could herald a new era of day-and-date digital and theatrical releases of major motion pictures or at least further the conversation.