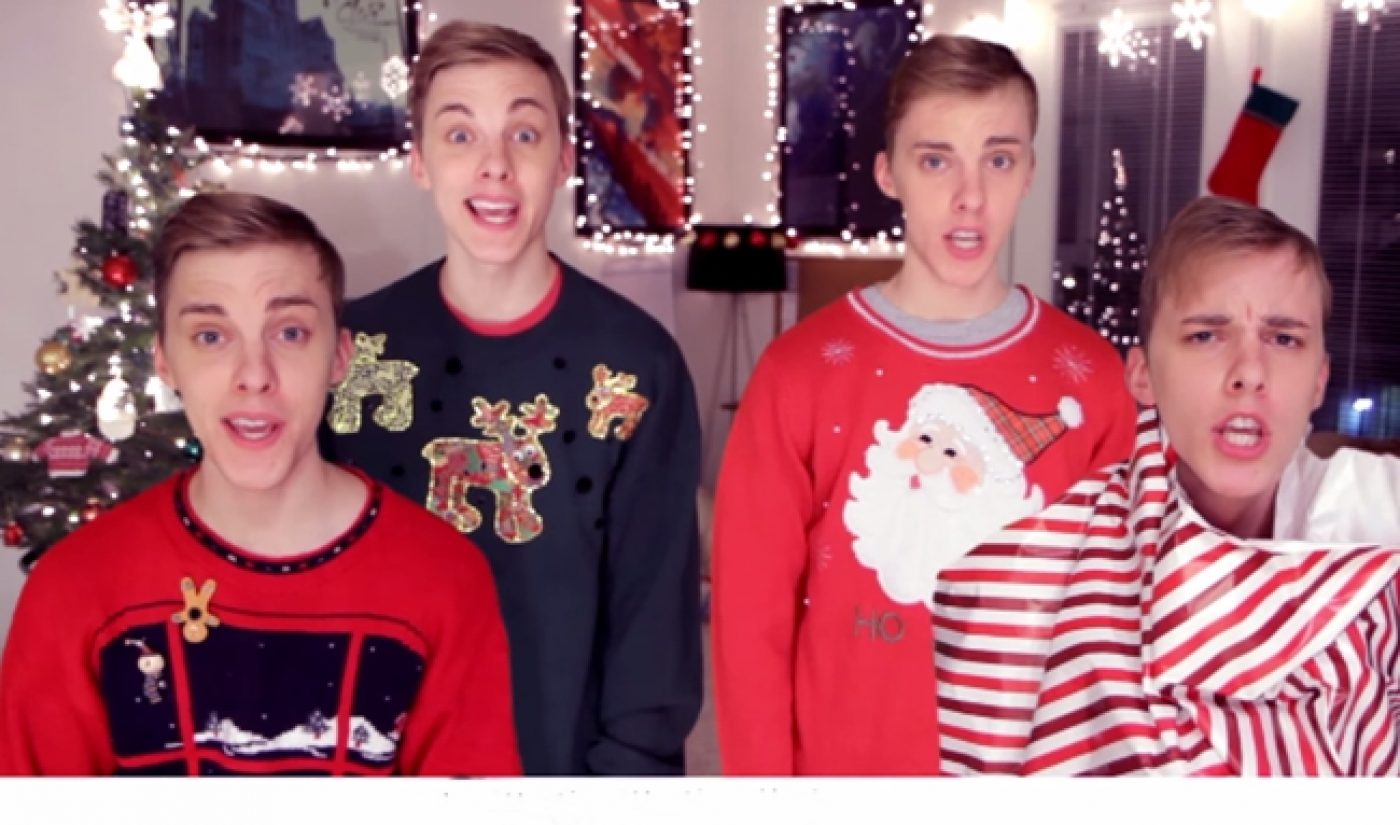 Merry Christmas, Tubefilter readers! As per usual, the holiday spirit has taken YouTube by storm, turning the world’s most popular video site into a winter wonderland. We’ve already shared a few Yuletide videos on the blog, and while this Guinness World Record-setting performance is hard to top, we’ve found seven other videos that give The Piano Guys (and their 1,000 collaborators) a run for their money.

The channel known for its intricate flash mobs returned this holiday season with an impressive caroling video that goes far beyond a couple merry well-wishers on your porch. From this point on, I refuse to let any carolers sing for me unless they are accompanied by a full brass band.

I hope you haven’t waited this long to wrap your presents, but if you still need to send out some last-minute gifts, this unique method will save you valuable seconds, which, apparently, you desperately need. Thanks Japan!

This year, the holiday season was also Star Wars season, since the first teaser for the upcoming sequel to the blockbuster franchise arrived on Black Friday. What happens when you cross the worlds of Kris Kringle and Obi-Wan Kenobi? You get an intricate Star Wars-themed lights show.

The police have been in the news for the wrong reasons recently, so it is good to see one town’s force generating some positive headlines. The cops in Lowell, Michigan pulled over a bunch of people to create this video, but luckily for those drivers, they  were greeted by presents and cheer rather than tickets. Can this become a nationwide policy, please?

3. 13 Dogs and 1 Cat Eating with Human Hands by Freshpet

Freshpet, it should be said, has a knack for posting really good ads on YouTube. I might’ve ranked this one higher, but it drops a spot or two for being subtly terrifying.

Jon Cozart, known as Paint on YouTube, doesn’t update his channel that often, but the new videos he does post never disappoint. His holiday video is no exception, and we have to call it a holiday video, because if we don’t, we wouldn’t be in line with the “progressive” theme Cozart is attempting to paint (pun intended) in his one-man a cappella song.

1. Mary, Did You Know? by Pentatonix

Pentatonix didn’t create any record-breaking nativity scenes, but the a cappella quintet from Dallas owned Christmas on YouTube this year. Their Christmas album beat out Taylor Swift on iTunes, and this rendition of “Mary, Did You Know” has already claimed 24 million views on its own. We recommend you pull it up on YouTube, light a fire, brew up a hot beverage, and let the soothing harmonies of Pentatonix lull you into a serene holiday.