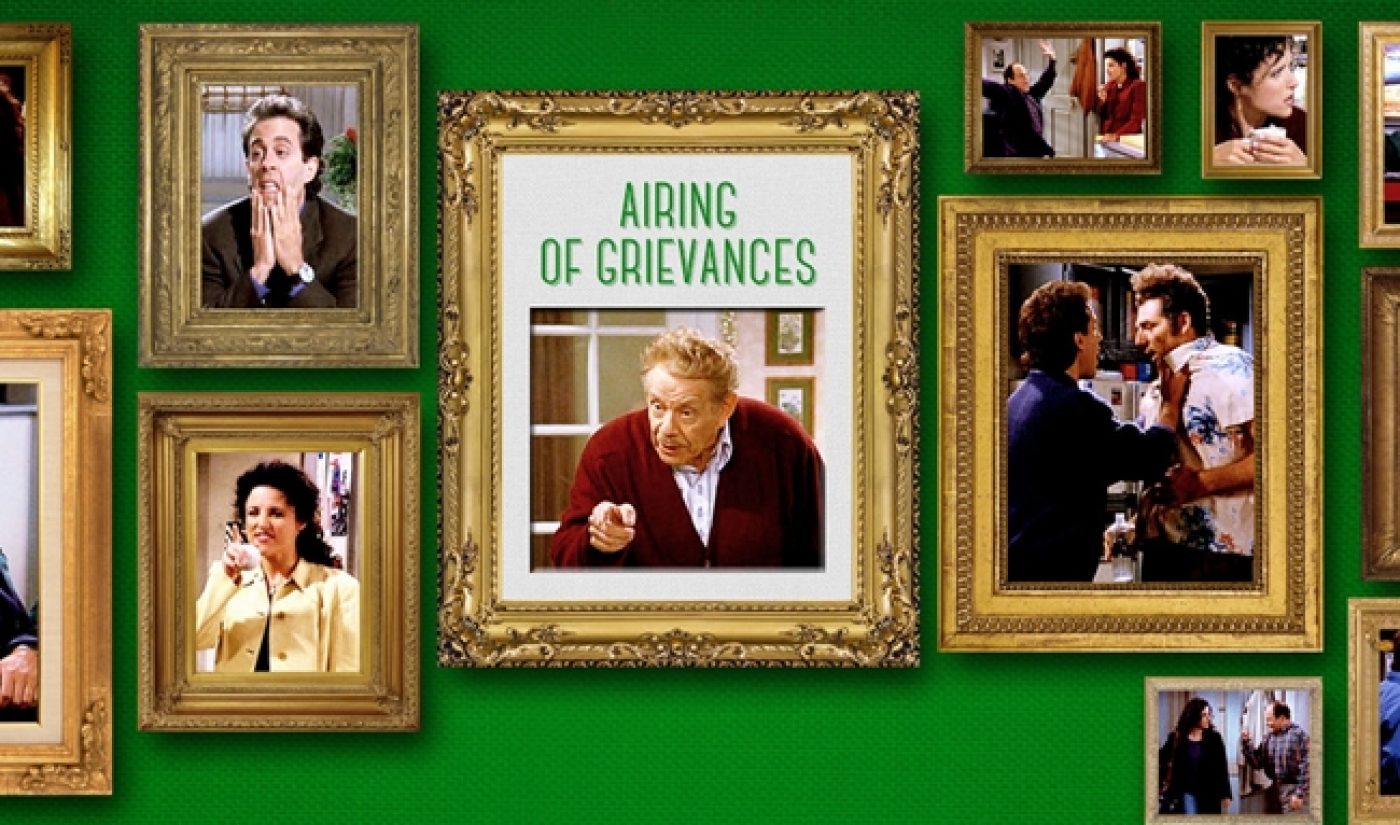 Crackle could emerge as the ultimate landing spot for The Interview, but in the meantime, Sony‘s digital video platform already possesses a strong library of content. For example, it houses full episodes of Seinfeld, and during the holiday season, that’s where Sony is attempting to draw viewers. It has partnered with Tumblr for a promotion through which the blogging platform is celebrating Festivus, “the holiday for the rest of us.”

Tumblr uses will notice that the company logo in the top left corner of the screen has been edited to look like the Seinfeld title. Clicking on that logo reveals several options, including a “Festivus Mode” that plays Seinfeld‘s distinctive theme song as you scroll through the site. It’s an easy way to add some funky slap bass to your social media experience.

A second option in the top left corner directs users to Seinfeld‘s official Tumblr page, which, according to Variety, was launched in conjunction with the Festivus promotion. There, visitors can participate in the “Airing of Grievances” themselves, thus completing a crucial Festivus tradition.

Seinfeld was distributed by Sony Pictures Television during its nine-season run on TV. In addition to episodes of the sitcom, Crackle also houses all episodes of Comedians In Cars Getting Coffee, Jerry Seinfeld’s web series, which recently began its fifth season.

Most Americans will celebrate Christmas this time of year, but for some of us, the only necessary holiday decoration is an unadorned aluminum pole. You can watch “The Strike,” the Seinfeld episode where Festivus first debuted, courtesy of Crackle: