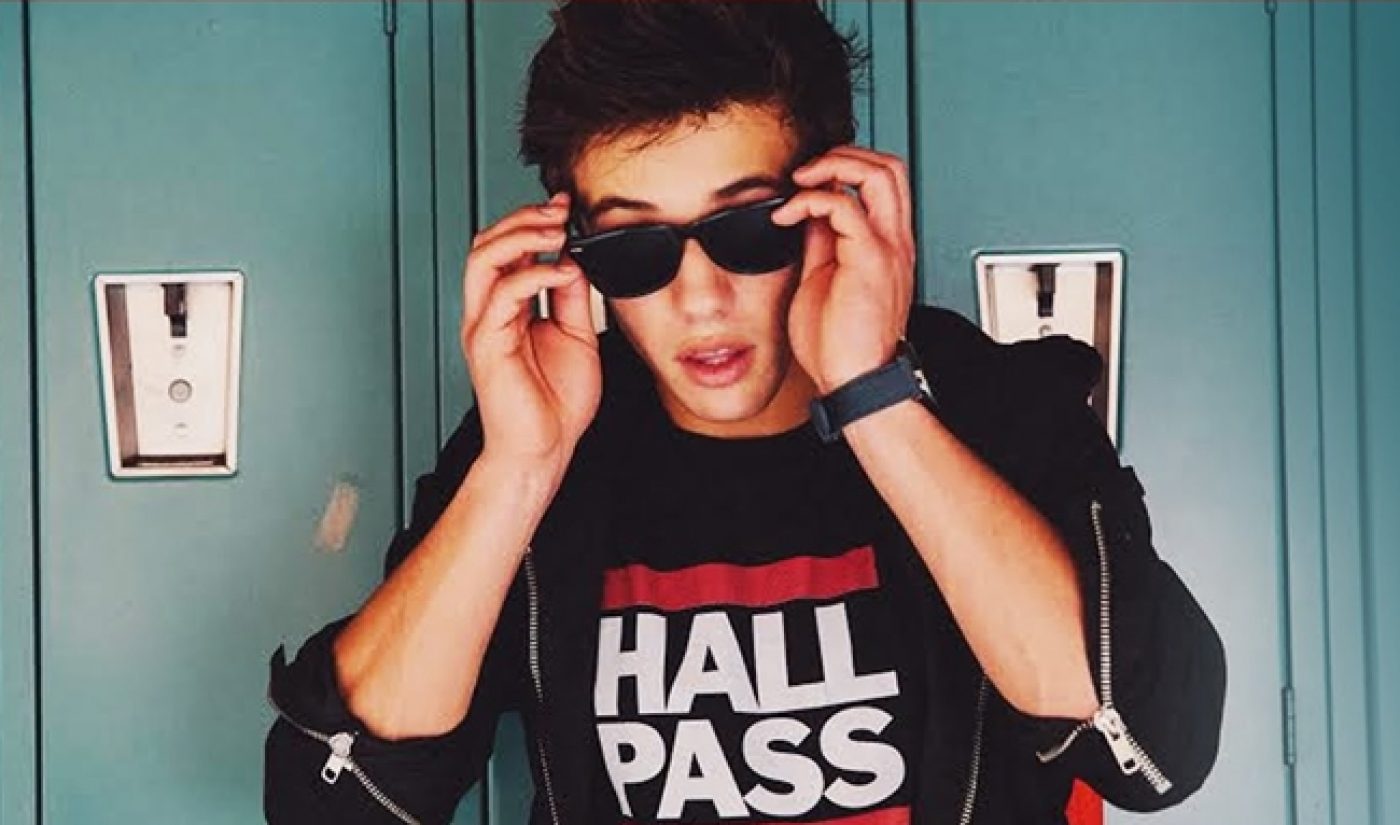 As it turns out, casting a bunch of social media stars in a film is a good way to ensure that film performs well on digital platforms. Expelled, which stars Vine personality Cameron Dallas as a prankster who gets kicked out of school, reached #1 on iTunes just one day after its video on-demand (VOD) release.

Expelled is produced by AwesomenessTV, which is partnered with Dallas across sites like Vine (where he has more than one billion total loops) and YouTube. Beyond Dallas, the film’s cast also includes many other online media personalities, including Andrea Russett, Lia Marie Johnson, Marcus Johns, Michelle Glavan and Teala Dunn.

The film, first announced in November, was shown in theaters on December 12th and arrived on VOD platforms four days later. In the first few hours after its release, it raced up the iTunes charts, and at 8:18 PM, Russett snapped a pic of it sitting in the top spot.

All of the film’s activity is cataloged on its official Twitter feed, which, as you might expect for a film featuring social media stars, is very lively.

As Variety notes, the #1 spot on iTunes is usually reserved for blockbuster films. The film Expelled supplanted at the top, for example, was Guardians of the Galaxy, which has made $772 million at the box office. It’s unclear how much revenue Expelled raked in, since we don’t know the exact number of copies it sold, but the film retails for $9.99, and its place on the charts suggests a sizable gross.

The news of Expelled‘s success comes a few days after Fullscreen George Strompolos CEO noted that “hundreds of thousands of people” purchased Camp Takota, the film starring YouTubers Grace Helbig, Hannah Hart, and Mamrie Hart. Clearly, social media stars are big hits at the digital box office, which bodes well from AwesomenessTV’s next film project: The Smosh Movie, which will arrive in 2015.